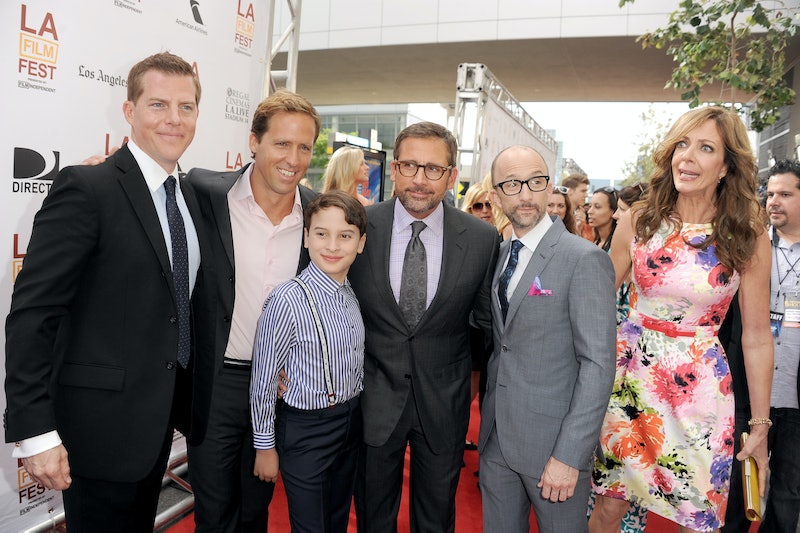 Coming-of-age films are rarely considered by the Academy, but occasionally a really good film catches their attention. Unfortunately, the most recent one has been severely overlooked. Winners of the 2012 Oscars for their work on The Descendants, Nat Faxon and Jim Rash wrote and directed a cliché-free coming-of-age story about a 14-year-old boy during the summer that changed his life. It's called The Way, Way, Back.

Of course, life-changing summers are the works of rom-coms and beach reads, but Faxon and Rash managed to write a dark comedy that is both poignant and hysterical. Most of the comedic relief is due to both Allison Janney as a boozy neighbor and Sam Rockwell as an unconventional water park manager and mentor to the protagonist, Duncan. The sharp dialogue separates any other film of its type, especially the scene between Duncan and his mother’s belittling boyfriend Trent (Steve Carell).

Trent: I think you’re a 3. You know why I think you’re a 3? Since I’ve been dating your mom, I don’t see you putting yourself out there, bud. The good news is that there are going to be plenty of opportunities for you to take advantage of at my beach house this summer. It’s a big summer for all of us really. So what do you say you try to get that score up huh? Aim a little higher than a 3? You up for that buddy?

This scene in particular is based on Rash’s own childhood experiences, and sets the mood for the rest of the film. Trent is a far cry from Carell’s choice of roles, especially beloved man-child Michael Scott, and is supported by a poignant performance from Toni Collette. Even Liam James's Duncan (The Killing) pulls a great portrayal of a kid that's half-Lloyd Dobler and half-the kid from your high school that never actually spoke. James even had a hard time playing his sullen character because he was so enamored with working alongside Rockwell.

"Ever since I was 9 or 10 I've liked him," said James, 17, after watching Rockwell in The Green Mile, and told the LA Times that it was truly "an amazing experience."

The Way, Way Back has the same feel as Dazed and Confused: a true, feel-good summer film, but the script makes it stand apart from any other movie in its genre. The film was even subject to a bidding war before being bought by Fox Searchlight for $10 million.

The film was released in limited theaters in July 2013, grossing $21.5 million and rendered a commercial and critical success. The film was really snubbed by the Academy, which failed to recognize the potency of a spectacular ensemble cast paired with some of the freshest original writing in years. The Way, Way Back could have been alongside Her and Blue Jasmine on the nomination list. Easily.