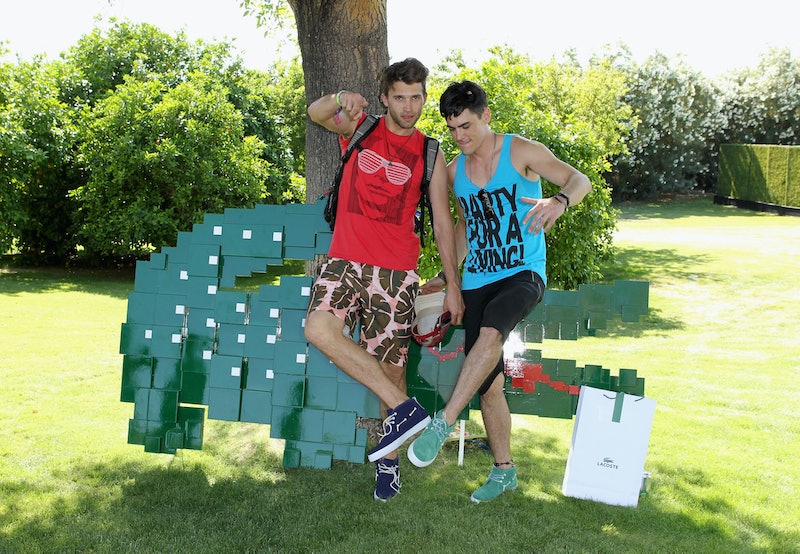 It brings me no pleasure to watch my friends fumble through a marketing meeting. (And by “my friends” I definitely mean “two reality stars who I definitely have not met.”) Needless to say, I took no joy in the circus that was the Tom Schwartz and Tom Sandoval LVP presentation scene that unfolded on Monday night’s episode of Vanderpump Rules.

As we Pump Rules viewers learned a few weeks ago, the Toms Schwartz and Sandoval wanted to do something for Lisa’s sangria line (I believe the plan involved Sandoval drinking lots of LVP every time he visited his hometown of St. Louis?). This week, the Toms met with Lisa, Pandora, and Jason to deliver their “please let us work for LVP” proposal. Did I ever quite grasp what it was they wanted to do for LVP? No. Did I ever stop rooting for them? Of course not. They are my friends, after all. I will root for them no matter how vague and confusing and unorganized their dreams may be.

Before the meeting took place, the Toms schemed. Er, they schemed about how they weren’t going to scheme. And Katie watched with a skeptical eye as they schemed their non-scheme. Allow me to paraphrase the Toms’ strategy: Wing it. The best plan is no plan. The murkier the pitch, the better. Commit to non-committal. Maybe say something about about being “brand ambassadors." Actually, no. Don’t say anything about being brand ambassadors. That’s not how you negotiate. Let me do the talking. We're not going to serve sangria in speedos. Pro bono. We're ready to start working for you when you're ready for us to start working for you.

A few minutes into their pitch, a laughing Lisa interrupted the Toms so she could get ahold of herself. Pandora and Jason exchanged side-eyes. Once she stopped chuckling and took a deep breath, Lisa told the Toms to continue. The Toms continued, as did their audience's side-eyes and stifled laughter.

And yet, the Toms did not give up. The "pitch" continued to roll on. I think they eventually reached some sort of agreement? But if we're being perfectly honest, no one knew what to make of what was going on. Especially me. Pro bono.