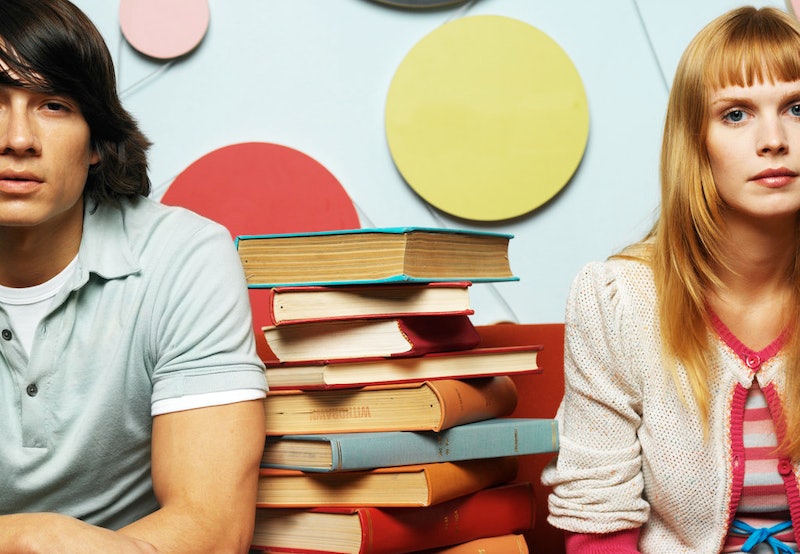 A Monday announcement revealed that HarperCollins books are coming to TV and online streaming, thanks to a partnership between the publisher and Insurrection Media. This is the second big contract for Insurrection, who partnered with The Walking Dead creator Robert Kirkman's Skybound Entertainment in November. That's not a bad track record for a months-old production company.

Fans will note that HarperCollins is the publisher behind the 13-book Lemony Snicket franchise, A Series of Unfortunate Events, which is slated for a highly-anticipated Netflix release next year. At this time, Insurrection does not appear to be involved with that adaptation.

However, the two companies are in talks to develop Debra Driza's MILA 2.0 trilogy for television. Driza's novels follow a young Midwesterner who discovers that she is not human at all, but part of a secret artificial intelligence experiment. Learning about her true identity puts Mila on the run from operatives sent to terminate her. MILA 2.0 is a white-knuckle ride that will translate well to television.

Snicket and Driza aren't the only HarperCollins authors with series-ready books, however. Since 1989, the merged publishing house has brought stories from Neil Gaiman, Shel Silverstein, Darren Shan, Patricia Cornwell, and others to bookstores and libraries around the world.

Here are 10 HarperCollins series and novels that would be kick-ass to see on the small screen.

1. The Dorothy Must Die Trilogy by Danielle Paige

Kansan Amy Gumm gets spirited away to Oz, but it isn't all Emerald Cities and Yellow Brick Roads. After she no-place-like-homed it, the silver-shoed Dorothy found her way back to the land over the rainbow and took control. Now it's up to Amy to set things right — by killing Dorothy.

2. The Idlewild Series by Pearl Cleage

Ava Johnson escaped Idlewild, Michigan, as soon as she could, and spent the next decade or so hobnobbing with Atlanta's elite. But her life in Georgia comes to a sudden halt when Ava tests positive for HIV. Now she's back in her hometown and planning another escape, this time to San Francisco. But Idlewild might need Ava more than she needs California.

I'm a huge Garth Nix fan, so it's pretty difficult to say just how happy an Old Kingdom television adaptation would make me. This trilogy begins with Sabriel, the Abhorsen's daugther, who must take up her necromancer father's bandolier of bells when he is trapped in Death.

Neal Stephenson's most recent novel, Seveneves, takes place some 5,000 years after humans escaped a dying Earth to live in space. Now divided into seven races, the 3 billion surviving humans return to their home planet. But something is waiting for them, just below the surface...

I know, I know, Laura Ingalls Wilder's beloved books series already had a television adaptation, but there are a few very good reasons to bring the Ingalls clan back to the small screen. For one, the Little House on the Prairie TV series went off the air more than 30 years ago. For two, the show only covered the third installment in Wilder's 9-book series. And for three, it went way, way, way off-script. The Little House books deserve better.

Erin Hunter's Warriors series begins with the story of Rusty, a housecat who runs away to join ThunderClan, one of four warring tribes of feral cats. The original six books spawned 30 sequels, 13 manga volumes, and eight novellas — with more to come. All it needs is a TV show, amirite?

8. The Avalon Trilogy by Mindee Arnett

Yay, teenage space pirates! Seriously, who doesn't love teenage space pirates? All Jeth Seagrave wants is to buy back his parents' ship, Avalon, from the crime bosses he currently works for. But when information falls into his lap that both the mobsters and the government are willing to kill for, his plans may have to change.

9. The Incorrigible Children of Ashton Place Series by Maryrose Wood

The Incorrigible Children of Ashton Place series begins with The Mysterious Howling. When 15-year-old governess Penelope Lumley takes over the care and instruction of the three Incorrigible siblings, she finds herself thrust into solving Ashton Place's drippingly Gothic mysteries.

Before he got huge, Scott Westerfeld had this gem of a series under his belt. Welcome to Bixby, Oklahoma: a town where time stops at midnight for all but a few individuals with special gifts, who discover they have a Secret Hour all to themselves. But when a new member joins their club, the Midnighters must use their powers to save her.

More like this
'Mayfair Witches' Already Changed 2 Major Characters From The Books
By Grace Wehniainen
Ozzie’s Coming Out Scene With Kitty On 'That ’90s Show' Has Twitter Sobbing
By Brad Witter
Everything To Know About The 'Daisy Jones & The Six' TV Series
By Maxine Harrison and Brad Witter
The 'New Amsterdam' Series Finale Opens An “Unexpected” Door To The Future
By Brad Witter
Get Even More From Bustle — Sign Up For The Newsletter
From hair trends to relationship advice, our daily newsletter has everything you need to sound like a person who’s on TikTok, even if you aren’t.