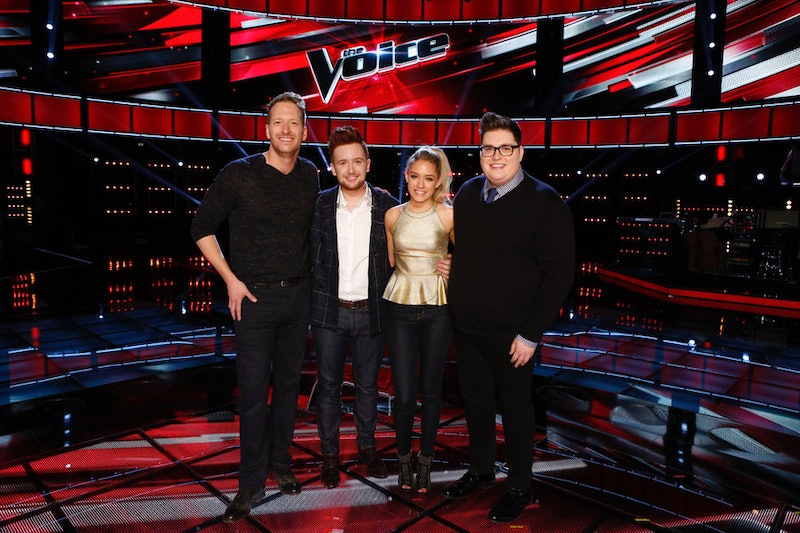 After an exciting season full of amazing talent, The Voice Season 9 winner has finally been revealed and — drumroll please — it is Jordan Smith! Okay really, is anyone surprised? The Team Adam singer has been a front runner since the minute he stepped onto The Voice stage during his Blind Audition. But unlike many others before him, Smith was able to maintain his lead by impressing more and more every week. This was a victory that many saw coming and a well deserved one at that.

Smith has had arguably the best The Voice career in the show's history. He made headlines with his emotional Blind Audition performance to Sia's "Chandelier," then continued to impress by pushing the envelope and choosing difficult chart-toppers that other contestants wouldn't even dream of touching. Beyonce's "Halo" and Adele's "Set the Fire to the Rain" are just a few of the songs that the Kentucky native completely slayed on The Voice stage. While these performances certainly impressed, it's not even Smith's vocal talent that is the most note-worthy. It's the emotion and message he's able to convey through his performances.

As Adam Levine said after Smith's Blind Audition, the 22-year-old artist is "the most important person to ever be on this show." His message to be who you are and not worry about what others think was evident from night one and hasn't been forgotten since. This message is clear in every song he sings — and that's what makes him so important. It's no question that Smith's album will be full of songs of encouragement and empowerment. This is not only important for the people listening to his music, but to the music industry as a whole. There's always a need for more artists with positive messages, and Smith is ready to fill that void. I, for one, can't wait to see what he does next.