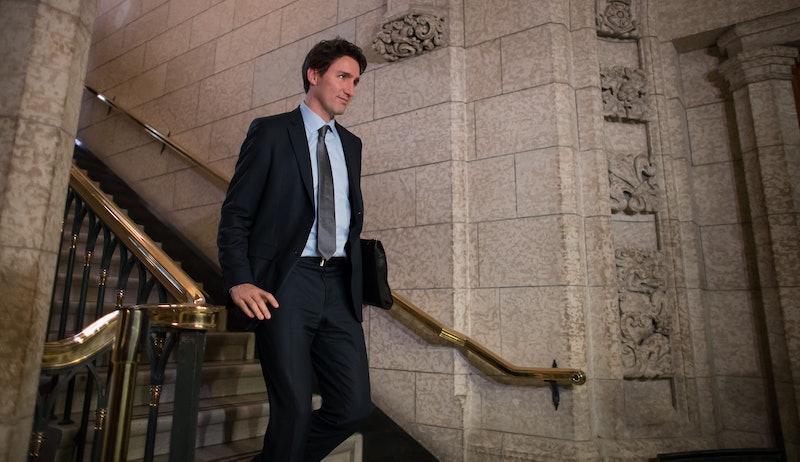 Whatever your thoughts about this past year, it's clear that 2015 was an amazing year for feminism all around the world. Global feminism is spreading and giving new light to women everywhere, slowly but surely overcoming oppression in the most entrenched patriarchal societies. Even countries like Saudi Arabia and India, which once stood so resolutely on their misogyny, are included in this list for their cultural and institutional shifts on women's issues this year. This list celebrates just a few of the achievements by nations, both developed and developing, that are actively creating a better society for women.

Of course, there’s still a long way to go. Women are systematically oppressed in nearly every country in the world (for perspective, the United States ranks 8 out of 155 countries on the United Nations Gender Inequality Index). But a celebration of progress doesn’t mean a devaluation of suffering — reviewing the advancement of the year keeps in the mind the power women have to effect change and create a better world.

As 2015 draws to a close, it’s important to reflect on all the positive changes to motivate the continued fight for equality in the coming year. These countries have brought changes to their societies to improve women’s lives and social standing, to empower and value them as human beings. Some of these changes are more affecting than others, but even the smallest step is a step in the right direction.

Newly elected Prime Minister Justin Trudeau took office earlier this year and immediately made headlines by appointing a cabinet with an equal number of men and women. When asked why he wanted a gender balanced cabinet, he responded simply, "Because it's 2015." Bless.

Sweden is one of the most gender-equal countries in the world, and the Swedish government is now fighting to bring that equality to other parts of the world as well. The Ministry of Foreign Affairs, headed by Margot Wallström, lists this national foreign policy on its website.

Equality between women and men is a fundamental aim of Swedish foreign policy. Ensuring that women and girls can enjoy their fundamental human rights is both a duty within the framework of our international commitments, and a prerequisite for reaching Sweden’s broader foreign policy goals on peace, and security and sustainable development.

For the very first time, Saudi Arabian women were legally permitted to vote in elections. Not only did women vote, they won too — 20 women were elected to municipal councils across the country's 13 administrative districts.

Female lawmakers who were victims of sexual assault walked out of a session of Parliament in protest to Prime Minister John Key's alleged hypocritical grandstanding about punishment for sex offenders. The MPs refused to accept Key's spewing feminist rhetoric just for political points, and empowered themselves in the process.

Thousands of people crowded the streets of New Delhi this week protesting the release of a rapist in the infamous 2012 gang rape case. The lasting concern that the people of India have shown for the case and the victim's family is great progress for a country that has systematically devalued women.

French lawmakers just passed a series of laws that require models to be certified of a healthy weight by a doctor before performing — breaking the law could mean up to six months' jail time for their employers. Promoting health over thinness is a huge win for body positivity, not just in France but all over the world.

In March, King Mohammed VI ordered that the country's abortion laws be loosened to allow termination in the case of incest or rape. It's still short of full legalization, but it's absolutely a step in the right direction for the socially conservative country.

The "Dear Daddy" campaign video, produced by the Norwegian branch of the global charity Care International, blew up the internet with this amazing video slamming rape culture. Told from the perspective of an unborn baby girl, the short film highlights how dangerous being born a woman can be, even in the most advanced societies in the world.

It doesn't necessarily feel like there's a lot to celebrate for feminism in the U.S. this year, between the Republican crusade against Planned Parenthood, the still abysmal statistics about sexism in the workplace, and the drastic underrepresentation of women in the media. But the conversation is changing more than people realize — talking about sexism and feminist issues is becoming increasingly mainstream, thanks to feminist champions like Malala Yousafzai, Nicki Minaj, and Senator Claire McCaskill. Change is exponential, it builds on itself, and this is how it starts.