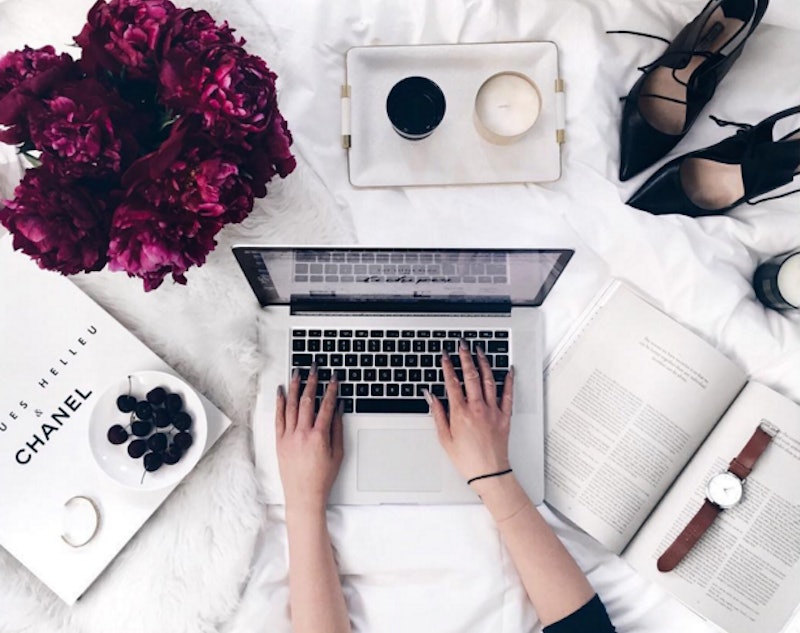 When it comes to being taken seriously at work, it can sometimes be an uphill battle. Whether you're the new kid on the team, fresh out of college with nothing more than a diploma to your name, or thrown into a project you've had no experience for, people can easily dismiss you and think you've got no real contributions to offer — which is frustrating as hell, because everyone starts at the bottom at some time or other. The trick here is not to get discouraged and believe the opinions about you, but rather put on your war paint and come to work ready to prove everyone pleasantly wrong.

Though that sometimes could be easier said than done. How exactly do you convince your boss that your idea is better than the one the senior project manager came up with? Or how do you show your office that you know exactly what you're talking about, even if you hadn't had a chance in the past to prove it? You're going to have to be tenacious, and you're going to have to be stubborn when it comes to building your credibility. Because even though you won't be given many chances to flex your authority, you're going to have to keep trying until you do. Here are seven ways you can grow your clout at work and be taken more seriously.

There are hundreds of articles out there that tell you you need to prove how essential you are in order to be noticed in your company. But if you're taking on every task that gets thrown your way — everything from picking up the paper towels when the rec room runs out to doing the filing when you've got projects stacked in your inbox — you're not going to be seen as indispensable. You're just going to be that "one guy" that'll take on the task no one else wants to do. Instead, prove your worth and your skill set by doing the hard stuff.

Career writer J Maureen Henderson at Forbes pointed out, "Rather than being the jack-of-all-trades, figure out your company’s weakness and exploit it. Find out where there’s a leak in the proverbial dike and plug it. Preferably with your skills and not your finger. Get good at what everyone else isn’t good at." By zeroing in on the hard projects and the operations that need to be polished, people will come to recognize what you mean to the team.

2. Be More Prepared Than You Need To Be

If you're finding it hard to be taken seriously at work, take your game up a notch. Don't just come into a meeting or a project pitch with your facts and your notes, but come in with guns a-blazing. Channel your innermost Leslie Knope and have binders worth of information and facts to prove that you know your stuff.

Drake Baer, ideas editor at Tech Insider and career writer at Business Insider, noted, "If you have a big pitch or meeting coming up, know exactly what message you want to communicate. Anticipate the objections your boss could have to whatever it is you're pitching. Not only will your ideas be stronger but you'll feel more confident presenting them." Make Knope proud.

3. Come To Terms That Your Boss Is Your Job

When thinking about our careers, we put a lot of stock in our titles. It's the reason one of the first questions at dinner parties is, "So what do you do?" and why positions like "senior assistant to the office manager" exist. And while you might be pleased as punch that you're an artist or professor or a project manager in your own corner office, your job isn't what you actually do. Your job is your boss. And that's because no one is going to ask your portfolio or your project if you're a good hire. They'll ask your boss.

Henderson wisely put, "Your job is not planning events, writing code or answering phones, it’s managing your relationship with the person you report to. It’s figuring out what makes him/her tick, how they like to work and what you can do to make their office life easier." If you want the support you'll need to get ahead, make sure you take into account what your boss sees as a star worker. Once they're on your side, your credibility will follow.

When you're trying to show that you know what you're talking about but then end a sentence with a question mark, things might start getting a little confusing. Pitching your voice higher like you're replacing a period with a question mark is called upspeak, and it makes the whole table question your credibility.

Baer provided the facts when he stated, "In a recent survey, 85 percent of 700 professionals said upspeak is a sign of insecurity, while 57 percent think that upspeak makes people sound less credible." If you want the room to take you seriously, make your statements into just that: statements.

5. Do What You Say You're Going To Do

How seriously do you take someone that always falls short on their word? Just think of the friend that cancels on coffee dates or the co-worker that has a hundred excuses on deck as to why she missed that deadline. They're probably not your favorite people, right? And definitely not your go-tos.

Lifestyle coach and writer Jeanne Floresca at Lifehack advised, "The most effective way to be taken seriously is to be seen as a person who follows through on what they say. If you declare you’re going to do something, do it! Forget giving reasons for why you failed. If you want to be the ‘go-to’ guy or girl, don’t come up short." If you want to be seen as a person that could hold their own in the office, then make sure you actually can.

6. Pretend Everything Is A Test You're About To Ace

When your boss hands you a pile of paperwork at 4:45, you've just gotten a pop quiz. When the shipment is lost and your clients are expecting it come tomorrow, sharpen your pencil because here's your exam. When you've been passed an assignment that has days-worth of research but is expected by noon the next day, roll your shoulders and hit the books. Everything you do at work is a test, and no teacher remembers that slacker in the back of the room — the one that leaves her notebook in her backpack. You've got to be front and center.

And it's not just about focusing on the A at the end of the assignment, but rather how you get the assignment done. Henderson explained, "And often what you’re being evaluated on isn’t the end result, but how you respond to the assignment. It’s your grace under pressure, unflappability and your ability to handle constructive criticism that’s really being measured, not your finesse with a slide transition." You've got this — accept those challenges.

When you use the word "try," it sounds like you're reluctant to take responsibility. And when you're reluctant to take responsibility, it makes people wonder why. Are you not experienced enough to do it? Do you not have the abilities? Do you think you'll fail? Be the person that fixes and does things, not the person that'll maybe kind of take a go at it.

But sometimes things don't go according to plan and projects don't get finished by deadline or fail. In moments like those, still avoid the excuse of trying.

Board member of Columbia Organization of Rising Entrepreneurs and Editorial Intern at career-development site The Muse, Kat Moon offered, "So, when it comes to discussing unfinished projects with your team, don’t talk about what you tried to do — but what you actually did. And, if you must present the end goal or what you’re 'trying' to achieve, highlight the tangible action steps so that you’re not just talking the talk, but walking the walk."

Being overlooked and passed up is hard, but if you work at building your credibility an reputation as a go-getter in the office, your team won't have any excuse but to begin to take you seriously.