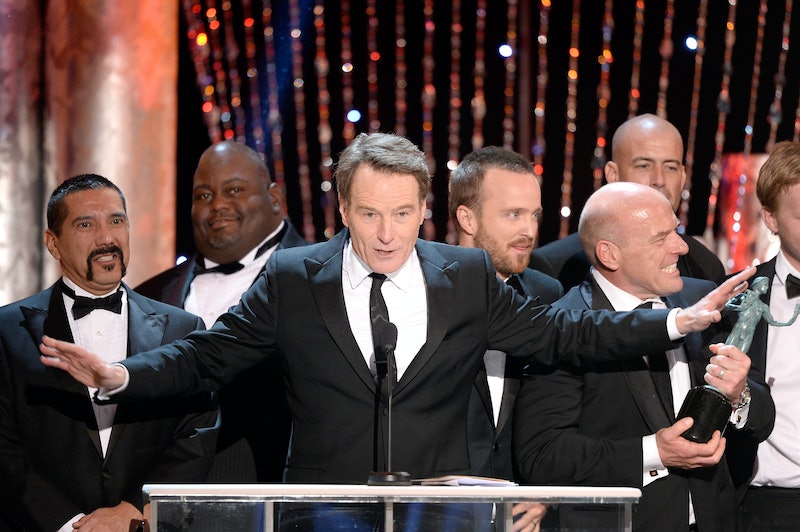 We already watched some of Hollywood's biggest stars take the stage to accept their 2014 Golden Globes. And, just 48 hours ago, we watched the Oscar race tighten when some different names scored 2014 Critics' Choice Awards. But, come Saturday night, we got more intel for our Oscar brackets when the 2014 SAG Award winners were crowned. We wondered: Would the Golden Globe-winning American Hustle shine during the SAG Awards, giving it a leg up before March 2's Oscars? Or will the Critics' Choice-winning 12 Years a Slave continue its momentum?

Seems you can place your bets come March 2 on American Hustle, which won the night's big award, though, surprisingly, nothing else, following its Golden Globes sweep. (Unsurprisingly, Breaking Bad and Modern Family were the night's big TV winners.) As for who else has the advantage this awards season, read below for the full list of winners!