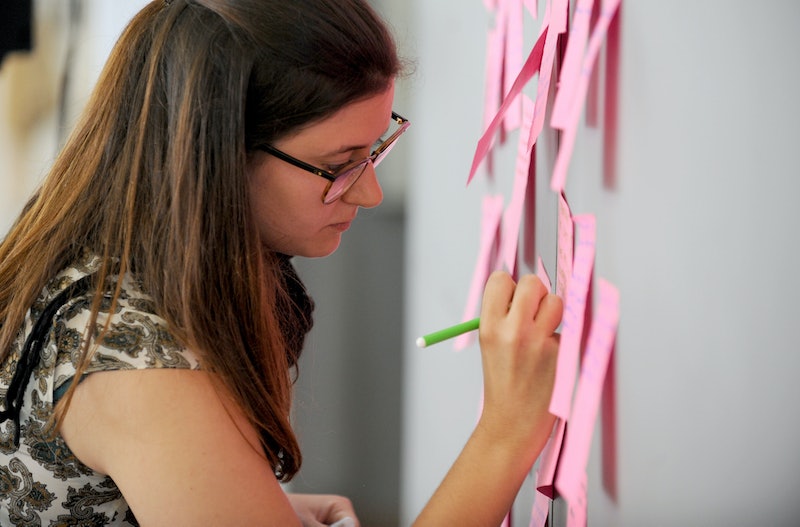 In today's edition of "science backing up what logic already knew," a study has found that women with access to abortion have more positive outlooks than those who are denied the opportunity. Of course, if you've researched anything about abortion beyond whatever rhetoric anti-abortion activists are spewing at the moment, this is kind of a no-brainer: The reasons a woman chooses to get an abortion are complex and varied, but research has shown that for a significant amount of women, the choice to terminate an unwanted pregnancy has more to do with timing and long-term life goals that would be hindered by giving birth than anything else.

This is what led researchers from Advancing New Standards in Reproductive Health (ANSIRH) to their most recent study, which analyzed how abortion affects women's ability to achieve their ambitions. Crucially, the study only compared women who wanted an abortion and either received it or were denied, rather than women who chose to keep their unwanted pregnancies without seeking termination. Using data from the Turnaway Study, 757 participants were grouped into four categories: "parenting turnaways," who were denied an abortion and ended up raising the child; "non-parenting turnaways," who were denied but gave up the child; "near-limits," who received an abortion just before they reached gestational limits; and "first trimesters," who received an abortion in their first trimester of pregnancy. One week after the procedure, participants were asked how they thought their lives would look in one year.

"Many turnaways may have scaled back their one year plans knowing that they were going to have to carry an unwanted pregnancy to term," researchers wrote. The study also had implications for relationships: One third of women in the study reported that their partners factored into their decision to seek an abortion, and those who were denied the procedure were slower to end the unsatisfactory relationship than the near-limit group.

In contrast, women who received abortions were more than six times as likely to have positive plans for the next year. Interestingly, there were no significant differences in women's ability to actually achieve positive goals, as long as they had them — a little less than half of all participants accomplished their aspirations. However, the near-limit and non-parenting turnaway groups were more more likely to both have a positive goal and achieve it than parenting turnaways, who tended to have a much more negative view of their future.

Unwanted pregnancies themselves can have severe consequences: Researchers estimate that accidental pregnancies cost billions of dollars each year, not to mention the extent to which the mothers and children themselves are affected for years afterward. Women who experience unwanted pregnancy are at a higher risk of postpartum depression, and when they're denied an abortion, their children are more likely to develop mental health problems later in life.

In short, the option to have an abortion is vital in allowing women control over their lives: According to the study, abortion allows women to be more positive and achieve their goals. This isn't to say that abortions themselves make women happier, but the option for termination does give women the freedom to plan their lives the way they want, without the prospect of unwanted pregnancy and parenthood hanging over their heads.

"Women know what is best for them," researcher Dr. Ushma Upadhyay told the Huffington Post. If that doesn't sum it up, I don't know what does.

More like this
The UK Abortion Laws In 2022, Explained
By Sophie McEvoy
5 Ways To Stand In Solidarity With Women In America From The UK
By Sophie McEvoy
How To Fight For Reproductive Rights, Based On How Much Time You Have
By Courtney Young
Why You're Seeing Green Bandanas At Abortion Rights Protests
By Lexi Inks
Get Even More From Bustle — Sign Up For The Newsletter