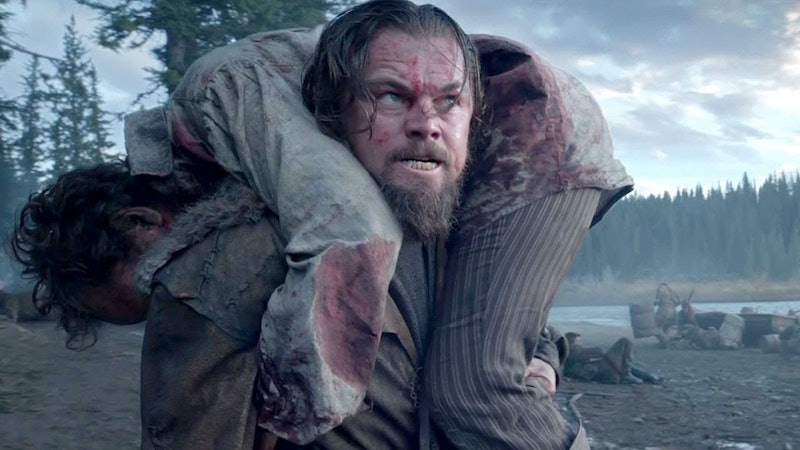 The Golden Globes (Jan. 10) and SAG Awards (Jan. 30) have yet to air, but nominations revealed from the film and TV-centric award shows have brought audiences closer into guessing who they can expect to see nab nominations for the 2016 Oscars. The nominations for the 88th Academy Awards are to be announced live on Jan. 14, with the actual show taking place Feb. 28 on ABC, with Chris Rock hosting. This year's Oscar race is a particularly exciting one, considering the fact that it's really anyone's game. So, what are the predictions for the Best Actor Oscar of 2016?

In general, there are several strong contenders this year across the categories and no single film has risen to the top as the "it" film of the year in the way Boyhood and Birdman dominated in 2015. For some, such a race may be frustrating, but I do love a good surprise, especially when it comes to the mysterious Best Actor race. While there are no current leads, there are a handful of actors in outstanding films that I predict are bound to make the nominations cut (could this be the year that Leonardo DiCaprio finally wins an Oscar?)

In order to guess the Oscar pool for Best Actor, let's first look at who's already been nominated in the Best Actor categories from the Golden Globes and SAG Awards, given that the two are fair predictors of what can be expected from the Oscars.

SAG Awards: 2016 Outstanding Performance By A Male Actor In A Leading Role

Golden Globes 2016: Best Performance by An Actor In A Motion Picture, Drama

Golden Globes 2016: Best Performance by an Actor in a Motion Picture, Musical or Comedy

Needless to say, the repeat names are almost guaranteed shoo-ins for Oscars. You can probably expect Eddie Redmayne, Leonardo DiCaprio, Michael Fassbender, and Bryan Cranston to make the cut for Best Actor noms. Yet those are just four names, meaning there's a spot for one more. Who can take it?

More than likely, the final spot will either go to Matt Damon for his work in The Martian or Johnny Depp for Black Mass. But once again, this year is playing out to be an unpredictable one, and I am a person filled with so many hopes and dreams — so here are some of the dark horses I'd love to see shake up the Academy Awards' Best Actor category and bring some real pizzazz into an otherwise predictable nomination pool.

Michael B. Jordan In Creed

After all, the Oscars love a rising star and Michael B. Jordan qualifies as one. The fact that he was able to nab the leading role in the latest of the renowned Rocky franchise certainly earns him respect.

Tom Hanks In Bridge Of Spies

Abraham Attah In Beasts Of No Nation

I loved Beasts of No Nation and it's a shame this Netflix movie isn't getting more recognition. Ghanian actor Attah gave a rich and layered performance as Agu, who becomes an African child solider.

Tom Hardy tackles the challenging role of playing not one, but two people — twins with different personalities at that. Definitely a feat deserving of an Oscar nom.

It's been proven time and time again that a Samuel L. Jackson and Quentin Tarantino collaboration always produces visually stunning (and comedic) results. Without a doubt, Jackson tends to be at his best in Tarantino movies.

So you've got a boatload of super talented actors, but which talented actor are we predicting will take the Oscar home? I'm personally torn between Eddie Redmayne and Leonardo DiCaprio. Redmayne won in 2015 for his transformative biopic role in The Theory of Everything and is returning to the awards scene with The Danish Girl, a film of the same genre. On the other hand, DiCaprio's been long overdue for an Oscar since his first nomination back in the '90s for What's Eating Gilbert Grape. Perhaps this will finally be DiCaprio's year or perhaps we'll see a surprise win from one of the boys in The Big Short. In any case, all of the actors in these films are winners in my eyes.