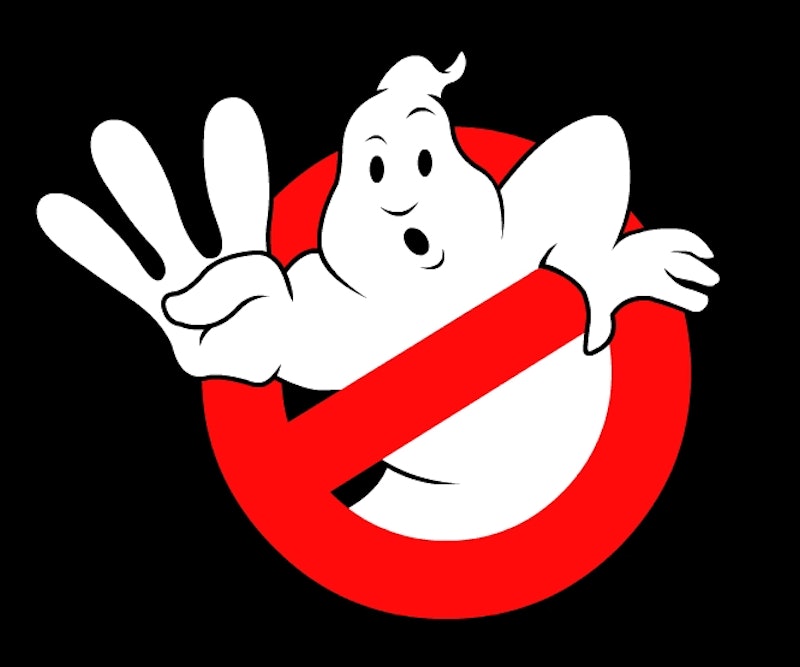 It was already gonna be pretty tricky to keep me away from opening night of the reboot, but now that I've seen the first image from the all-female Ghostbusters reboot, it's officially impossible. For real, you guys, these women could not look any more badass, and I don't just want to see them; I want to be them. It's starting to get so real that I don't know if I can wait until Jul. 5, 2016, when the pure amazingness that is Ghostbusters 3 hits theaters. But I'm going to have to, if the ice-cold stares of Paul Feig's brilliantly-assembled cast — Melissa McCarthy, Kate McKinnon, Kristen Wiig, and Leslie Jones — are any indication. One look into their unsmiling faces convinces me that these are not the kind of women who mess around and bring a film to theaters before it's in anything but tip-top shape. They don't abide ghosts, and they don't abide sloppiness, I can just tell.

Is it too much to say that this photo makes me want to be a better person? Yeah maybe, but also maybe not. This first photo suggests the kind of movie that I wish I'd seen when I was a little kid. There's so much strength and power and teamwork and badassery in it that I feel like it could've propelled me straight to the presidency if I'd seen it in my formative years. (Maybe that's Hillary Clinton's secret? She saw an early screener?) HBICs, truly. Soak it all in, you impressionable minds out there, because this image is truly a sign of great — not to mention hilarious — things to come.