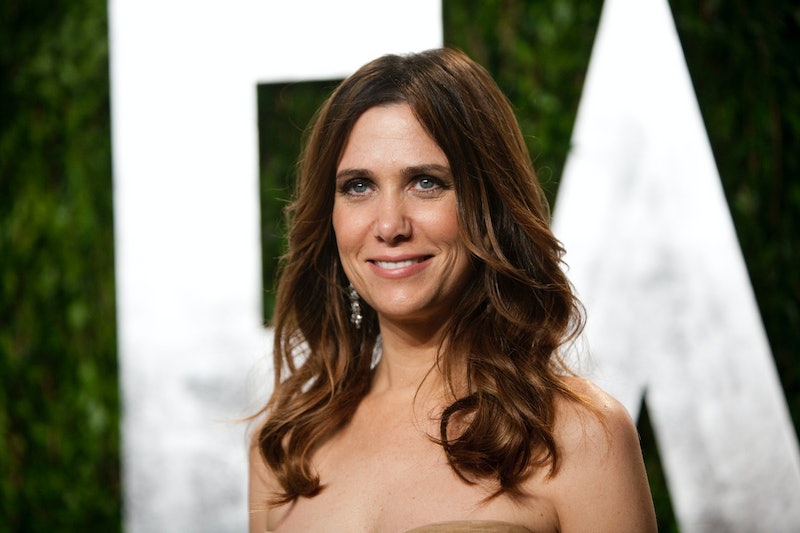 We finally know who Paul Feig is gonna call for his all-female reboot of Ghostbusters! On Tuesday, The Hollywood Reporter announced that Ghostbusters'"studio is now negotiating with Kristen Wiig, as well as Saturday Night Live players Leslie Jones and Kate McKinnon." SERIOUSLY. Even better: The inimitable Melissa McCarthy is also close to signing on to the project, so if Wiig, Jones and McKinnon sign on as well, we might seriously be looking at the best cast ever.

After all, Feig, McCarthy and Wiig have made magic before with Bridesmaids, and the addition of SNL castmembers Jones and McKinnon is definitely welcome: Kate McKinnon is one of the biggest talents on the late-night comedy show right now (and not just for her amazing Justin Bieber impression) and Jones, who just joined the staff as a writer last year, has already become a valued feature player.

The film is set to start shooting as soon as this summer in New York, which means we could see the all-female reboot of Ghostbusters as early as the end of the year. Though director Paul Feig has been accused of using an all-female cast as a gimmick in his reboot — which he's expressed will be more of a reimagining than a sequel — he shut it down in an awesome way: "A lot of people accused it of being a gimmick. I guess I can see the cynics’ view of it, but for me I just love working with funny women. People said, “Why don’t you do a mix?” I’m just more interested in the idea of lady Ghostbusters."

Who ISN'T more interested in the idea of lady Ghostbusters? And even though this means that those Rebel Wilson rumors were just rumors, maybe she'll still make an appearance in the film... as a ghost? (I can dream.) Either way, this news is pretty much the best.