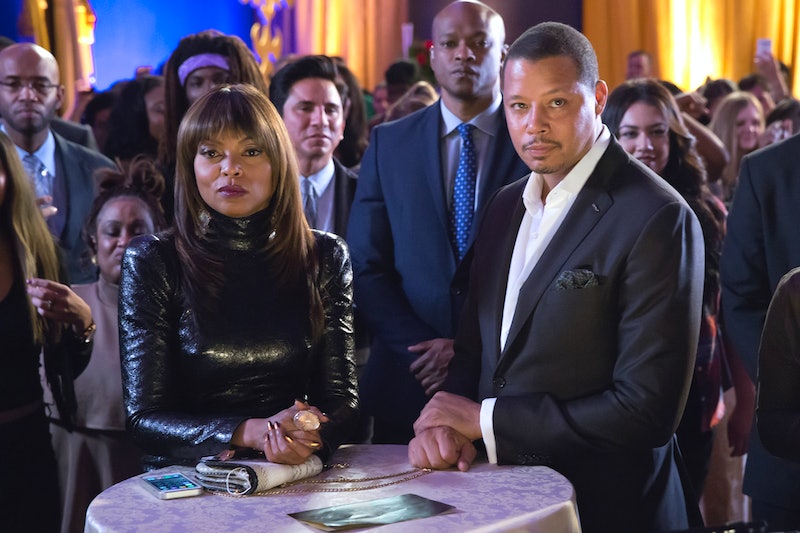 Back in 2014, television was already in the middle of its transformation from film's younger sibling to the place to find perhaps the best selection of fantastic entertainment. But in 2015, Empire changed television forever. While plenty of shows came onto the scene for the first time this year, none had the effect on television as both an industry and an art form that Empire did. After a few weeks in January proved that the show was something seriously special, suddenly Empire's ripple effects were being felt everywhere.

Let's get the logistical stuff out of the way first. The FOX series broke all expectations about the types of ratings that modern TV shows can get, even hugely popular ones. Its first season continued to gain viewers for weeks, breaking a record that goes back as far as TV ratings have been recorded. It also took over social media, and according to CNN, "61% of the show's audience is African-American -- a figure that no other prime time show, new or old, even comes close to matching." Empire also captured the soapiness of ABC's TGIT block, had as many live viewers as The Big Bang Theory or any other popular half-hour comedy, and managed to somehow invade the critical conversation despite having a sensibility that had more in common with Dynasty or Dallas than Breaking Bad or Mad Men.

But those are the details everyone already knows. Here are the other ways that Empire began to shift television after its January 2015 premiere.

It Completely Changed The Conversation About Representation

Now TV has an example of the success that diversity can bring to a series. When FOX filled Empire with a diverse cast, the underserved audience spoke back very loudly, and it paid off tremendously.

It Opened The Door To More All-Black Casts

There are stars of other backgrounds on Empire, but the cast is primarily made up of black actors. And maybe I'm too cynical, but I don't think that NBC's The Wiz Live! would have been given the same opportunity if not for the outrageous success of Empire.

Not only does Daniels seem responsible for encouraging Empire to burn through story at a record pace, he's also willing to speak truthfully. His appearance on The Hollywood Reporter's Showrunners Panel, above, was delightful. He talked openly about his experiences as a black gay man both in life and in Hollywood, provided much-needed levity to the conversation, and openly asked each of his fellow showrunners how many of their writers weren't white men. Their discomfort at the question proves that more people like Daniels, willing to start these conversations, should be in the industry.

Empire became so highly watched that it pointed out how many ignorant attitudes are out there. Star Gabourey Sidibe responded to online body-shaming hate over her character's sex scene recently, and even celebrities weren't immune from sharing offensive reactions to the series. While Jamal's storyline struck many as a pleasant surprise, addressing the very real struggles (in an Empire way) that many LGBT young people face, 50 Cent posted a comment on Instagram implying that Empire's ratings decreased because it shows "gay stuff." According to TMZ, the post was later deleted and his representative said the comment was "not a reflection of his views at all."

The Lyons Are Perfectly Dysfunctional

The Lyons are such a great group of characters because they are a total mess. Hakeem is a little brat. Andre is willing to betray almost anyone. Lucious is a power-hungry, bigoted bully. Finally, there are some non-white antiheroes on television.

No Actor Is "Above" TV

To be fair, this was a trend long in the making, but 2015 was a banner year for movie stars going for TV roles. I think the parade of both lead actors and Season 2 guest stars on Empire should prove that literally no one is too good to turn in a scenery-chomping performance on a nighttime soap.

A five-episode "event"? The standard 22-episode network order? Empire, like many other shows, now exists somewhere in the middle of those extremes. I think one of the most revolutionary things the show did was not jump straight from the original 12-episode order to 22 after its success, instead settling on 18.

Everything about Cookie will hopefully change TV forever. First and foremost, it's a showcase for Taraji P. Henson, who may be an Oscar nominee, but has struggled to demonstrate what makes her such a fantastic performer in the underwhelming roles she's been given.

Additionally, Cookie is more of a spiritual guide than a "role model." Unburdened by the responsibility of being the perfect woman, she can instead be the politically incorrect, always demanding, gleefully chaotic character she was meant to be. And how amazing is it that a formerly incarcerated black woman who runs her own company has been adopted as the national id? If there's any one way to sum up how Empire took over television in 2015, it's through Cookie's trademark line: "I'm here to get what's mine."

More like this
'Succession' Season 4 Could Be The Show’s Last
By Kadin Burnett and Gabrielle Bondi
Everything To Know About The Bear Season 2
By Brad Witter
Where Was 'Only Murders In The Building' Filmed? The Arconia Has A Different Name IRL
By Radhika Menon
Winona Ryder’s Impact On The Set Of 'Stranger Things' Goes Beyond Just Her Acting
By Radhika Menon
Get Even More From Bustle — Sign Up For The Newsletter