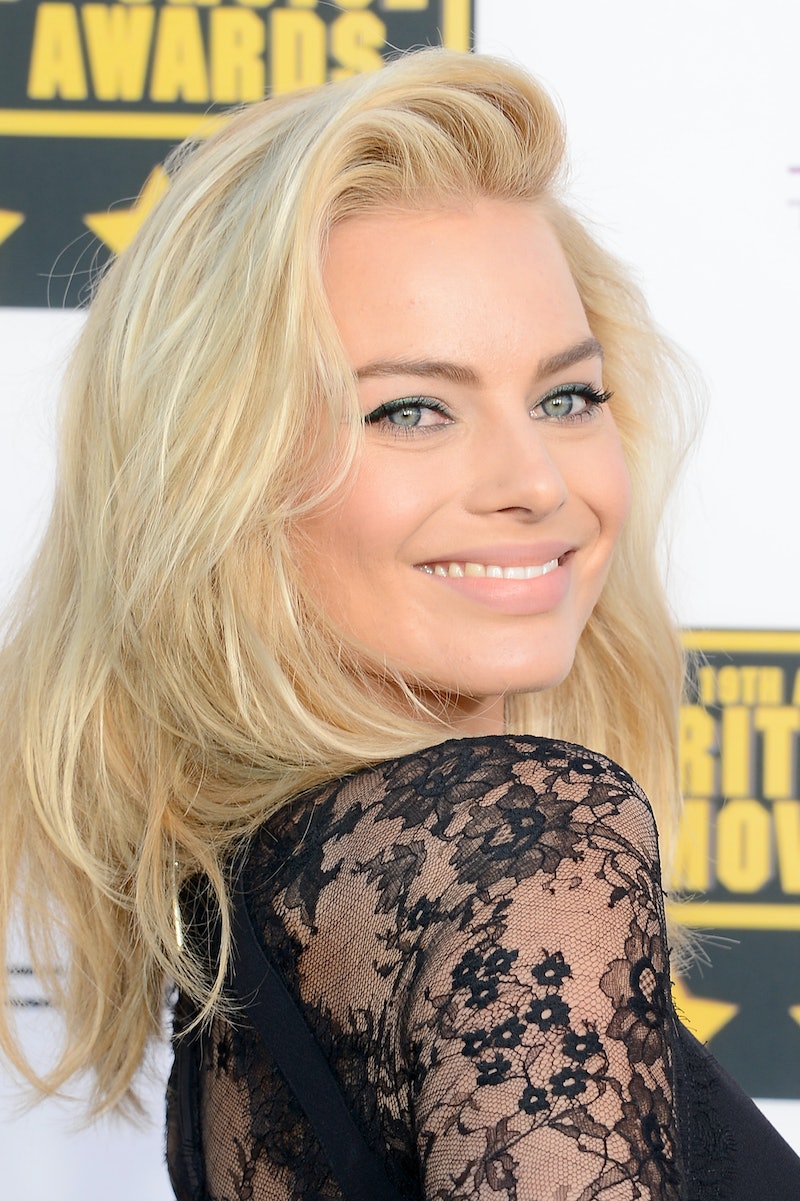 After her breakthrough role as Naomi Lapaglia in Martin Scorsese’s The Wolf of Wall Street, starring alongside big time actor and hunk, Leonardo DiCaprio, Margot Robbie is watching her career take off. The 23-year-old Australian actress is currently in negotiations to secure a place for herself in Z for Zachariah and is also in talks to play Jane Porter in the next Tarzan movie. And get this – if she scores the role as Jane, she’ll have the opportunity to play the part next to Alexander Skarsgard. Seriously, talk about the luckiest woman ever.

Although Robbie didn’t receive an Oscar nomination for her role as DiCaprio’s wife, the actress is truly making her way to stardom at a fairly young age. If cast in Craig Zobel’s Z for Zachariah, Robbie will work with the likes of Chris Pine and Chiwetel Ejiofor. The story, which illustrates the life of a 16-year-old girl, Ann Burden, who survives a nuclear war, was originally given to Amanda Seyfried. However, if (or should I say when) chosen, Robbie will replace her and the character’s age will be changed, according to The Hollywood Reporter.

Personally, I’m slightly bummed about this, considering how obsessed I am with Seyfried. She will always be Karen Smith from Mean Girls and Cosette from Les Miserables in my eyes. Also, despite how unfortunately cheesy and predictable Letters to Juliet was, Seyfried really made me want to fly off to Europe to fall into the arms of some sexy British man. Sigh – if only.

Yet while I may be disappointed now, part of me assumes that Robbie will be a spectacular alternative. After all, her career is only beginning, and there’s a lot of promise there. However, can she handle both of these roles? We already know she can play a blonde bombshell who can handle nudity in a movie, but the roles of Ann Burden and Jane will most likely challenge a completely different side of her acting.

After all, on one hand we’re talking a young woman who survives a nuclear war in Midwestern USA and must learn to survive and escape from a stranger. On the other hand, she will have to learn to play a character that isn’t afraid to get roughed up a bit in the jungle alongside a man who was raised by apes.

Also, I know many of you may be surprised to hear this, but there are indeed plenty of Tarzan movies that existed before the animated Disney version many of us love. We’re talking 1918 old. But on a side note, Phil Collins’ You’ll Be In My Heart will always be the best. Yet back then, they dealt with hilarious movie titles like Tarzan the Tiger, Tarzan and His Mate (1934 – clearly women have come a long way since then), Tarzan and the Mermaids (because that makes sense), Tarzan and the Slave Girl (seriously?), Tarzan and the Trappers, and many others before people decided that just Tarzan would suffice. Thank the lawd.

So, with that, there were clearly many more Janes than we probably figured there were, meaning Robbie has some tough acts to follow. Among the many women who played Tarzan’s love interest were actresses like Maureen O’Sullivan, Natalie Kingston, Julie Bishop, Joyce Mackenzie, Eve Brent and of course Minnie Driver, to name a few. There’s more where that came from, so Robbie better play her part well if she wants to be known as the Jane Porter for all to remember.

I have faith in her, though, and with a budding career (and directors, fellow celebrities and men already drooling all over her), she’s sure to succeed if she manages to nab both of these roles. I’ll be rooting for her when she does.