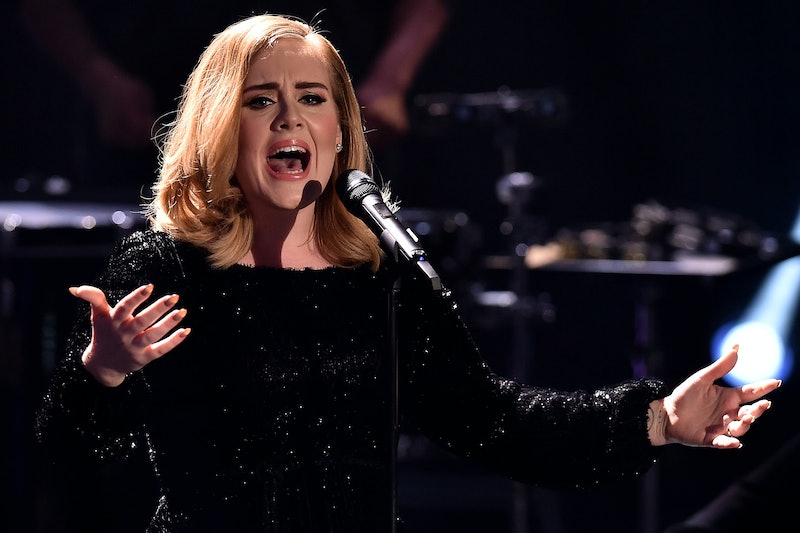 Less than an hour. That's how long it took for every ticket for 38 stops on Adele's North American tour to sell out on Ticketmaster Thursday. The site released all tickets at once, and the ensuing overwhelming demand resulted in fan reactions that were alternately hilarious and frustrating — wait times approaching 45 minutes, only to find that the tickets have already gone to another bidder. Adele's team has purportedly worked to stave off scalpers, yet due to the chaos and heightened demand, tickets are reselling for numbers in the four digits and upwards by some vendors. You might be wondering what this means for Adele tickets available on StubHub, the most commonly referenced ticket resale site. You won't fare much better there than anyone else: While tickets for Adele's tour are bountiful there, prices for the Madison Square Garden show remained north of $300 Thursday afternoon.

And that's for the nosebleed seats. For floor space, you'll be looking at absurd prices in the realm of $5,000. You could literally fly back and forth from Europe several times for those prices, perhaps even seeing Adele in her natural habitat in the process.

The sale went live at 10 a.m. for all 38 stops for which Ticketmaster sold seats. This contrasts with the more frequently employed method, for which sellers will divvy up different tour dates in succeeding time slots to lighten the load on servers and ease the process for fans hoping to nab a spot. Despite presale efforts to only sell to legitimate buyers by barring known scalpers from purchasing through Songkick, Adele's team has not been able to prevent the enormous premium placed on the resale of tickets for this hotly anticipated tour. (The New York Times reported earlier in December that Songkick had blocked 53,000 sales to potential scalpers.)

Twitter is, of course, in uproar. Fans have reproached Ticketmaster for poorly handling the sale (though the company wrote in an email to Fast Company that, contrary to popular belief, the site's servers did not crash). "Hello" jokes abound. As Billboard noted, even with attempts to prevent resale during the presale, there's not much that the tour managers can do to inhibit price inflation on secondary sites when the general sale goes live.

So even though, in the same story, the Times cited an estimate that Songkick's advance sale had saved fans up to $6.5 million in scalping prices, discouraged hopefuls might still be left singing, "Never mind, I'll find someone like you."