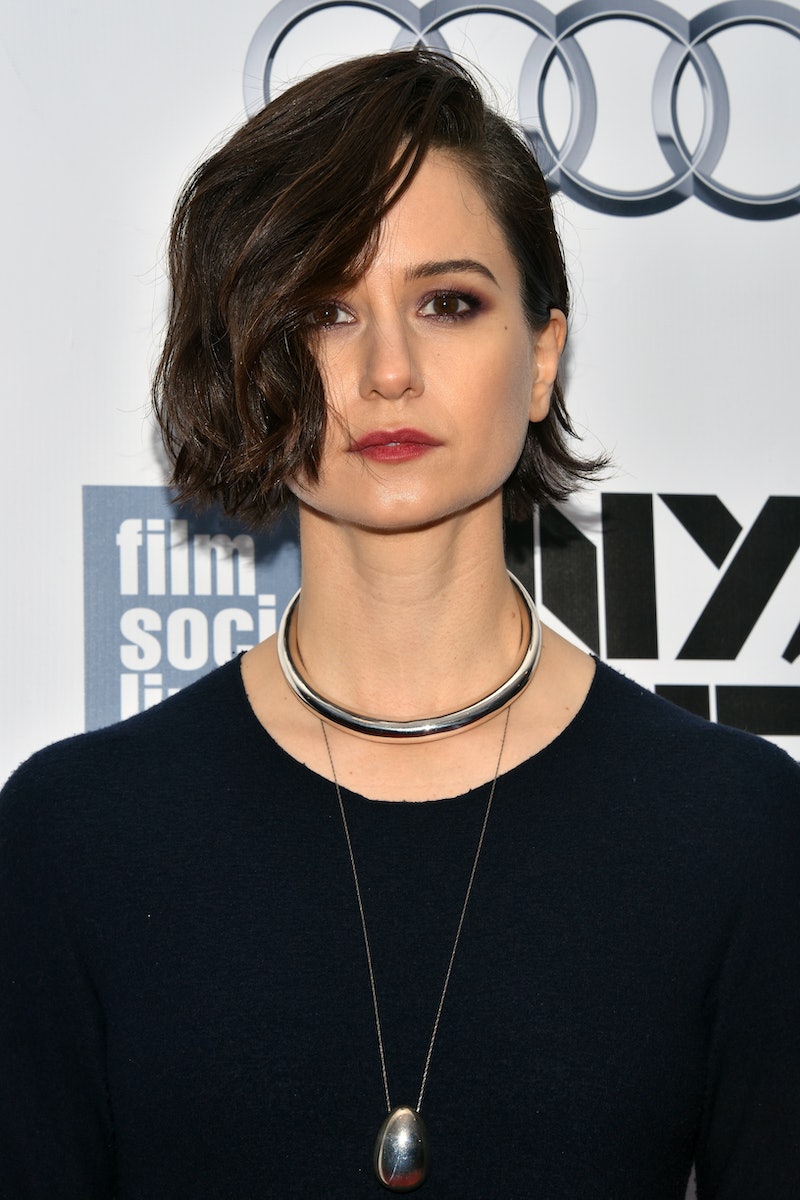 Even though she's been a working actress for over a decade, you might not recognize the name "Katherine Waterston" right away. But don't worry, you soon will. (Spoiler alert: she's about to be a huge star). In fact, as of December 17, the up-and-coming actress has been cast in Ridley Scott's Alien: Covenant, opposite Michael Fassbender. And if this isn't her launching point into becoming a household name, I don't know what will be.

Oh wait, yes I do. Perhaps the upcoming Fantastic Beasts and Where To Find Them should do the trick? That's right. Waterston plays Tina Goldstein, alongside Oscar-winner Eddie Redmayne, in the highly (emphasis on highly) anticipated film: Plus, Waterston played Steve Jobs's wife in Danny Boyle's biopic earlier this year (and knocked it out of the proverbial biopic park, might I add). Then, just before that, Waterston had a role in Paul Thomas Andersen's Inherent Vice. She's also been in the stunning two-part series, The Disappearance of Eleanor Rigby, films like Michael Clayton and Robot & Frank, and the HBO drama, Boardwalk Empire.

Any and all of those aforementioned accomplishments would be adequate enough in explaining why Waterston deserves this role, but if you need any more convincing, here's why else Waterston makes a perfect fit for Alien: Covenant.

Alien: Covenant will be the sequel to 2012's Prometheus. If you've seen the latter film then you're aware that it's a heavy, sci-fi film (a far cry from the lightness of Scott's 2015 film, The Martian). With Waterston's experience in Boardwalk Empire and The Disappearance of Eleanor Rigby, it's clear that she's more than well-equipped to handle such weight.

2. She Can Handle Sci-Fi

Though Inherent Vice wasn't science-fiction, the Thomas Pynchon source material was complex and odd enough to inform the overt strangeness of Inherent Vice, the film. Whatever Ridley Scott throws at her, Waterston probably won't even blink an eye at.

3. She Can Work With Creatures

Waterston's role in Fantastic Beasts and Where To Find Them should serve as proof that she's able to handle creatures of all kinds (be they magical, or extra terrestrial).

4. She's Worked With Michael Fassbender Before

5. She's Worked With Eminent Directors Before

6. Talent Is In Her Blood

While I already regret saying "the biz," I don't think I'll ever regret my excitement over this news. Waterston, you got this.