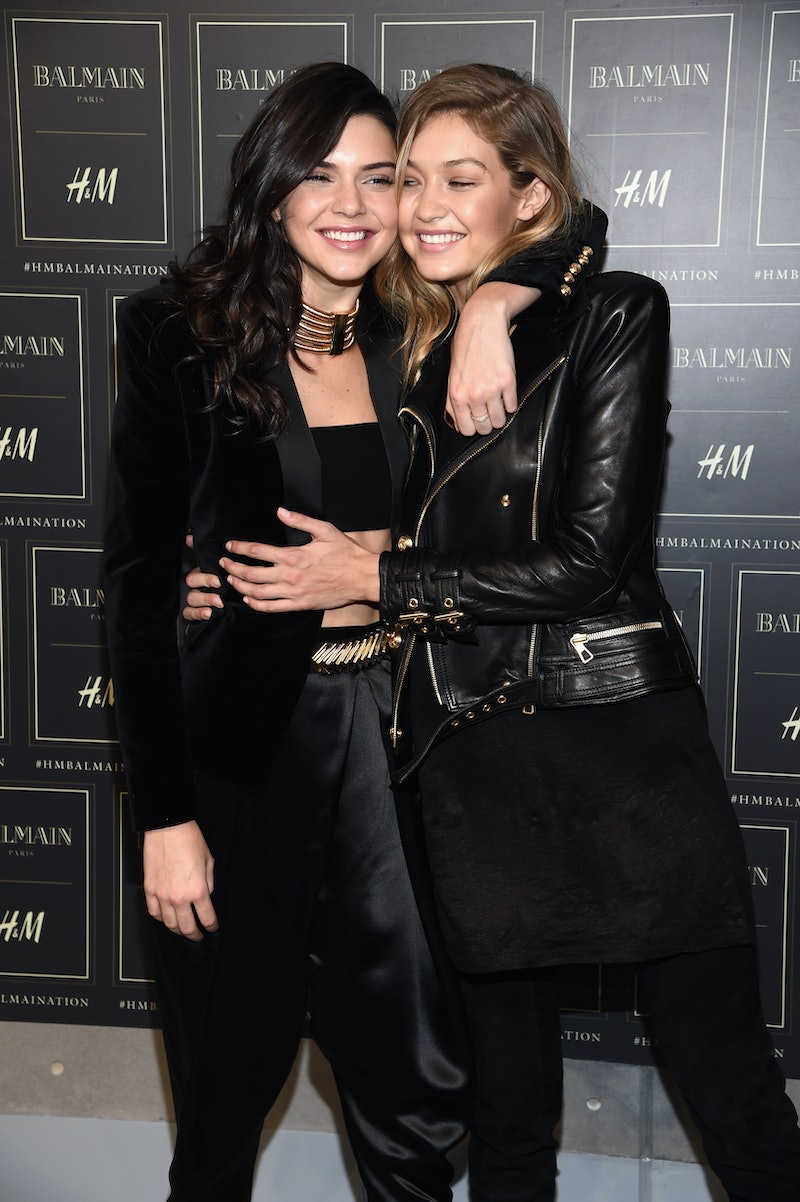 It's not surprising to say that supermodels make a lot of money, and Gigi Hadid and Kendall Jenner are definitely in the supermodel class. Just ask Vogue. Whether it's their catwalk or their campaigns, the ladies make deserved bank, but it isn't just that. Kendall Jenner and Gigi Hadid make $300,000 per Instagram post, according to CR Fashion Book.

It's not a secret that social media has become one of the biggest factors of a model's success. Supermodel and business mogul Tyra Banks herself even commented on the way in which social media impacts a model's career, and she was spot on. Banks explained that the modeling industry is no longer just the moments on the catwalk or the times spent in front of a camera. Instead, models have to be "on" at all times, showcasing their personal lives via social media. Their willingness to do so does seem to be paying off, though it does have its critics. Some have argued that it's the social media followings these models have amassed that allow them to flourish in an industry where many talented models can get overlooked.

Now, CR Fashion Book has released the news that Instagram famous models like Kendall and Gigi are making upwards of $300,000 per sponsored social media post. If you're thinking that their sheer talent, not necessarily their social media following, give them such marketing clout, there's a strong chance you're wrong. Equally as talented models like Karlie Kloss and Miranda Kerr only make about half of what these younger, seemingly less established models are making. Basically, social media has now become a brand's dream in order to reach the masses, and they're paying a pretty penny for it.

Social media has obviously not always been the best way for brands to sell their products. Throughout the years, ad campaigns have been some of the most iconic images in fashion history, and though we seem to be living in the age of marketing ease, there's something so nostalgic and wonderful about an old school campaign. Here are five ads that did not need Instagram to be iconic campaigns.

The craziest thing about this ad? Crawford still looks just like this.

Shields was only fourteen when she shot this campaign, and many attribute the controversy associated with it to raising Calvin Klein's popularity to what it is today.

Anna Nicole channeled series Marilyn Monroe for her Guess ads, and these moments were some of the highlights of the late star's career.

This campaign obviously made major waves, and it was just one in a string of provocative Calvin ads.

Want to talk about star power? Here it is. The original supermodels.

More like this
What Is “Jello Skin”? The Latest Viral Trend To Know About
By Tomi Otekunrin
10 Swoon-Worthy Beauty Looks From The 2022 Cannes Red Carpet
By Olivia Rose Ferreiro
10 Ways To Modernize The Early '00s Frosted Eyeshadow Look
By Olivia Rose Ferreiro
Kylie Jenner Just Added 3 New Buys To Her Clean & Clarify Collection
By Tomi Otekunrin
Get Even More From Bustle — Sign Up For The Newsletter