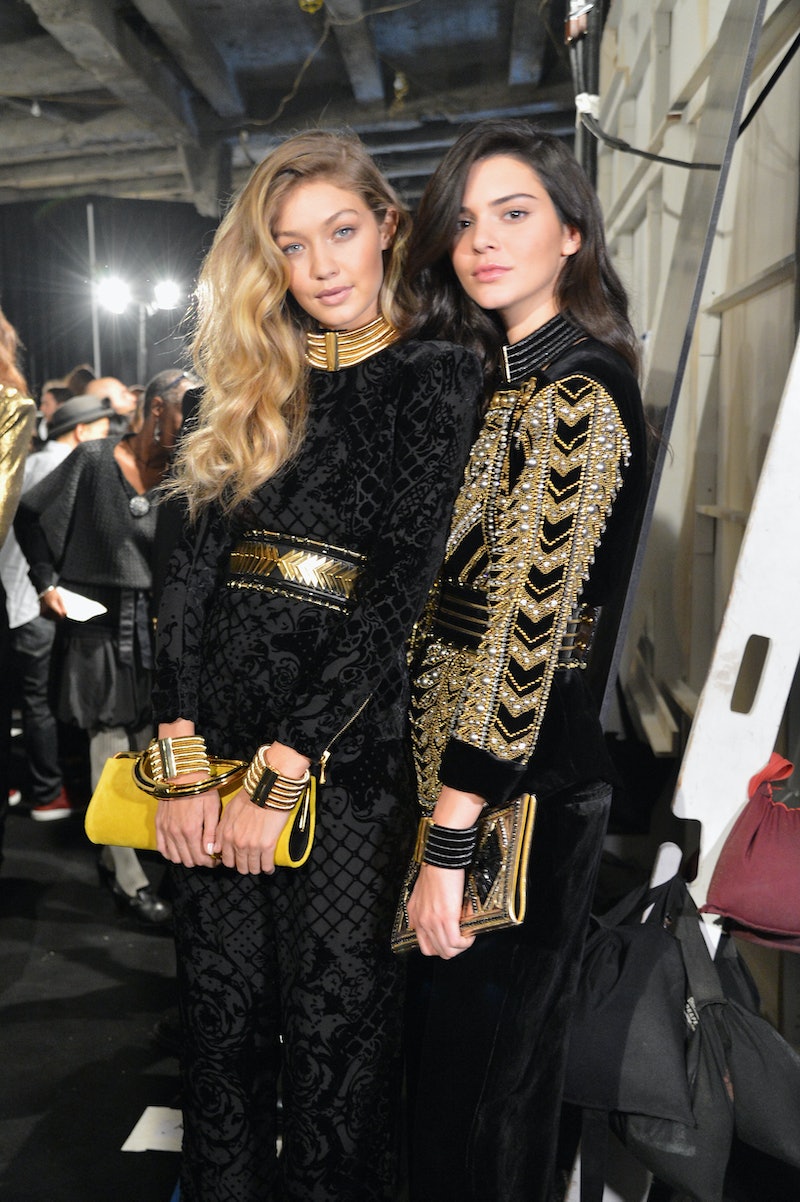 After completely rocking the fashion world this past year, it looks like these girls are getting their model status totally verified by the most legit source in the industry. Vogue named Kendall Jenner and Gigi Hadid supermodels, according to Perez Hilton, so in case you had any doubt about their reputation in fashion, you can totally dispel it now. They are total rockstars.

The model BFF's have certainly had whirlwind careers. Jenner walked several Chanel shows and landed some major campaigns, including Fendi and Estee Lauder, while Hadid was killing it on Versace's runway, and fronting campaigns for big name designers such as Max Mara. Both ladies capped off a fabulous year by making their Victoria's Secret Fashion Week debut as well. NBD. And now it seems like they are getting some much deserved cred.

Vogue published an article online, deeming the two bonafide supermodels. Janelle Okwodu wrote, "If any contemporary models come close [to the '90s supermodels], it's Hadid and Jenner. Though their careers are still relatively new, they've managed to tick several of the necessary boxes. When it comes to designers, they've got everyone from Riccardo Tisci to Karl Lagerfeld in their corner, and collectively they've racked up runway work with a slew of luxury houses…Jenner and Hadid also have beauty deals with Estée Lauder and Maybelline, respectively, as well as a place on the rumored Victoria's Secret Angel shortlist."

And once Vogue approves, there's literally no stopping you. Not that any of us had doubts about their futures, or anything.

Here are seven of Kendall and Gigi's best runway moments to prove they deserve their supermodel titles.

Debut? Psh. She looks like she's been doing this for years. Werk.

If she doesn't have a pair of angel wings by next year, I'd be surprised.

Chanel's brasserie show was one of my favorites yet, and Jenner totally tapped into that Parisian chicness.

Truth: Gigi was made to walk a Versace runway.

I was obsessed with Jenner's hair and makeup on Fendi's runway.

If slaying it on Givenchy's runway doesn't mean you've made it, I don't know what does.

More like this
The Best Looks From Kourtney & Travis’ Wedding
By Dominique Norman
Kylie Jenner Roasts Kendall For Her Cucumber Cutting Skills On TikTok
By Jake Viswanath
Machine Gun Kelly Wore A $30K Diamond Mani To The BBMAs
By Paris Giles
How To Master Baby Braids, According To TikTok
By Tomi Otekunrin
Get Even More From Bustle — Sign Up For The Newsletter