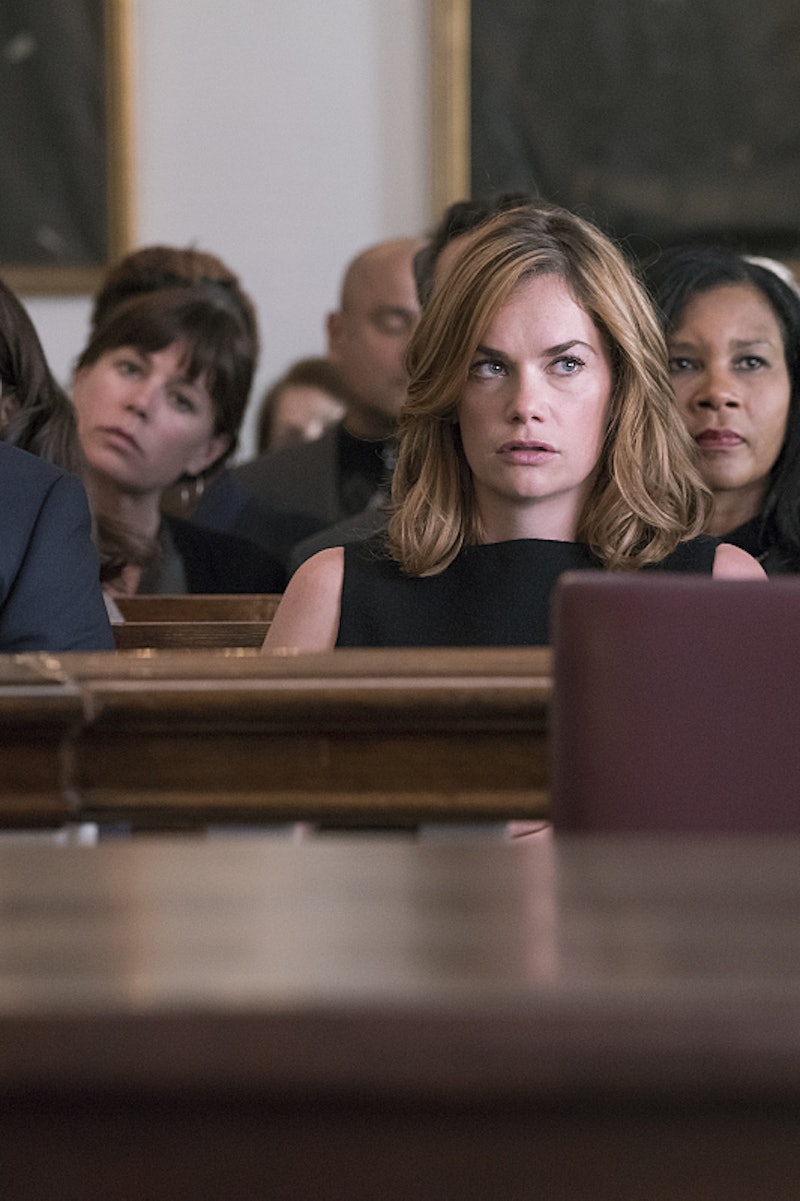 We still don't know who killed Scotty Lockhart (yet), but here's some good news — The Affair has been renewed for Season 3. The Season 2 finale, which airs on Dec. 20th, will finally take us inside the courtroom where Noah Solloway is being tried for vehicular homicide. Who was really driving the car that killed Scotty? Will Noah find out that Joanie is (most likely) not his child? And, will Noah's pricey Manhattan attorney be able to secure a "Not Guilty" verdict despite the mountain of circumstantial evidence against his client? Viewers have been patiently (or, in my case, impatiently) waiting for answers for a long time, and it looks like the finale will provide some resolution about what really happened on that tragic night. But, let's be real — there's going to be some sort of cliffhanger that will leave us shaking our heads and taking to Tumblr to theorize with fellow armchair detectives while we wait for the next season. So, when will The Affair return for Season 3?

I hate to be the bearer of bad news, but we have a long wait. Although Showtime has not set a date for The Affair's return, both Seasons 1 and 2 premiered in October and concluded in December — so we're likely looking at an October 2016 premiere date for Season 3. The first two seasons centered around Alison and Noah's relationship and the Scotty Lockhart mystery — as those two plotlines come to a head in the upcoming finale, where could the show possibly go from there? I think showrunners have a lot of options, and there are many characters and side plots worth exploring further as the show progresses. They changed up the show's formula in a major way for Season 2 by adding Cole and Helen's perspectives, and it was a huge success. Although many aspects of Season 3 will depend upon the outcome of Noah's trial, here are some things I'd like to see when the show returns next year.

Exploration Of The Non-romantic Relationships

When Season 2 added Helen and Cole's perspectives, the stories and personalities of multiple characters were fleshed out in a way that Season 1's format didn't allow. Some of this season's best moments occurred between Helen, Margaret, and Whitney. Similarly, Cole's complicated relationship with his immediate family has been interesting and compelling. The show may be called The Affair, but it's adept at depicting all sorts of relationships — and I hope showrunners capitalize on that in Season 3.

Among viewers, Alison is a prime suspect in Scotty's death. She's undeniably shady and, if Scotty threatened to reveal the identity of Joanie's biological father, she would have had motive. But, regardless of whether or not Alison is the killer, we know that she has a sordid past and many secrets — it's been discussed multiple times.

Early in the season, she asked Noah "what's the worst thing you've ever done?" When he responded, "this" (meaning their relationship) and asked her the same question, Alison cryptically said, "I've done a lot of things." In last week's penultimate episode, Oscar told Noah that: "It wasn't Gabriel's death that broke [Alison's] heart. She never f***ing had one." Of course, I'd take anything Oscar says with heaps of salt — but he has known Alison her entire life, and the fact that he's a jerk doesn't mean he lies about everything.

My current theory is that Cole is Joanie's father, but Gabriel was the result of an extramarital relationship Alison had during their marriage. It would be quite the shake-up. Either way, Alison is a woman of mystery and her past should definitely be explored.

The Addition Of Whitney's POV

Whitney is another suspect in Scotty's death — after all, he did impregnate her and she remained infatuated with him long after he stopped returning her calls. Regardless of Whitney's role (or lack thereof) in his death, it's undoubtedly going to have a huge and possibly traumatic impact on her. Julia Goldani Telles was a breakout star this season — she owned every scene she was in, and Whitney is definitely another complex character who deserves more screentime.

I know Season 3 is approximately ten months away, but I can hardly contain my excitement for the next installment of this brilliantly written and acted show.