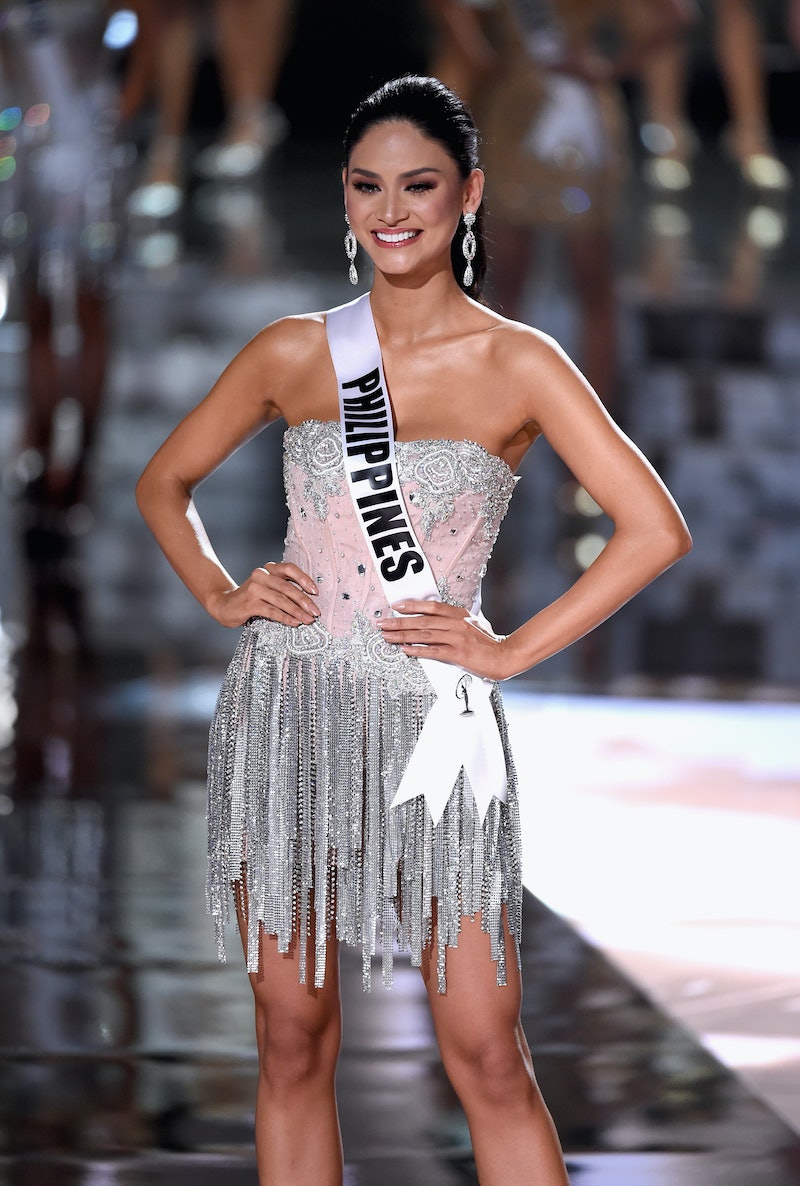 It's been a long journey, but finally, Miss Universe 2015 has been crowned. Lots of talented and lovely women competed for the honor, but only one now has the crown. Pia Wurtzbach, Miss Philippines, has won Miss Universe 2015 on Sunday night at the Planet Hollywood Resort and Casino in Las Vegas. She won the 64th annual competition during the telecast, hosted by comedian Steve Harvey and actress Roselyn Sanchez — and Wurtzbach wins more than just a crown. As the crowned Miss Universe, she'll get a ton of exposure on a media tour in New York City, among other prizes that haven't been announced.

Unfortunately, the winning moment didn't come without some confusion. At first host Steve Harvey read Miss Colombia's name as the winner and let her be crowned and everything before he realizes his mistake. Miss Colombia was actually the runner up. It was the most awkward pageant moment, and possibly the most awkward live television moment ever, and you could tell Wurtzbach didn't quite know what to do and felt bad that Miss Colombia had to give up the crown she thought she'd won just moments earlier. But, despite the error, she deserves the award and should be proud.

Last year's winner, Paulina Vega, of Colombia, was the second Colombian to win the honor and made many public appearances throughout her reign. Vega appeared on The Celebrity Apprentice and Out There with Thomas Roberts, along with attending New York Fashion Week, the 2015 Aid for AIDS Gala, and the World Golf Championships, among other events. She also led the annual Hispanic Day Parade in New York City and was very passionate about HIV and AIDS awareness in the community. "I have a big responsibility to make a change in this world," she told Latina magazine.

And, it looks like she'll be passing her crown onto a worthy successor.