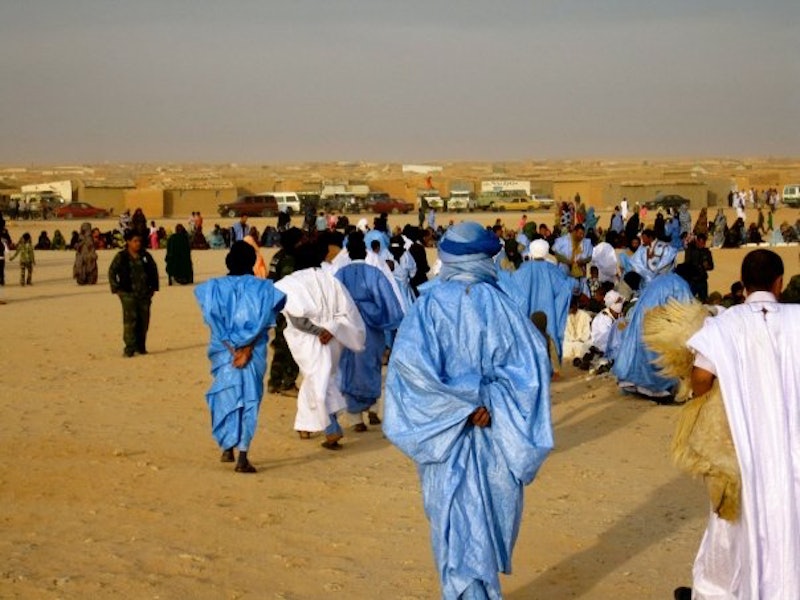 Dec. 18 is the 25th annual International Migrants Day. Though many believe that the term "migrant" refers only to those who move for work, in reality, the word refers to any people who leave their homeland in search of a better life. This year, the world's migrant population includes a record number of refugees — defined as people who have been forced to flee their homes for reasons such as war, extreme poverty, or environmental disaster. (For information about economic migration, check out the International Labour Organization's data on labor migrants.)

2015 has been marked by particularly dramatic coverage of the refugee crisis spilling from the Middle East into Europe. These heart-wrenching stories drew the issue of refugees into the headlines for a few weeks, but they represent just a small portion of the displaced people around the globe.

In addition to the refugees from Iraq and Syria, millions of other refugees and migrants are facing their own challenges. Each day last year, an average of 42,500 people became refugees, asylum seekers, or internally displaced — and today, a staggering 65,000,000 people worldwide fall into one of these categories. Roughly half of these refugees are children, and the vast majority come from lower socioeconomic strata.

The stories of these migrants are complicated and diverse — and they are seldom told. From the Democratic Republic of the Congo to Gaza, millions of people live uprooted from their homeland with little attention from the global community. Here are five migrant/refugee populations you’ve probably heard very little about:

Deep in the harsh Sahara desert, 165,000 people are entering their 40th year as refugees. These men, women, and children fled their homeland of the Western Sahara in 1976, when the land was invaded by Moroccan and Mauritanian troops. Although their right to self-determination was recognized by the Hague in 1975, Morocco maintains its claim over the land. To this day, the Saharawi (and 36 nation states) consider their territory illegally occupied. As diplomatic efforts continue to fall through, the Saharawi people remain in political limbo. In addition to dealing with extreme weather conditions and economic deprivation, the U.N. High Commissioner on Refugees says the Saharawi people are vulnerable to severe psychological isolation as one of the most remote refugee populations in the world.

The Rohingya people, a Muslim minority residing in western Myanmar, have been called "the most persecuted people in the world." This ethnic group has faced institutionalized discrimination and vicious ethnic violence for decades, prompting thousands to make perilous journeys in search of a better life. As of 2015, over 200,000 Rohingyas have been displaced and now live in squalid refugee settlements in Bangladesh, Thailand, and rural Myanmar. Desperate to escape the dead-end life in the camps, over 30,000 Rohingyas boarded boats in the spring of 2015, attempting to escape to a better future in neighboring nations. Hundreds drowned in the attempt, while thousands more were rounded up and deported upon arrival at their destination — prompting Amnesty International to dub them "among the world’s least-wanted people." Human rights groups say that the plight of the Rohingyas continues to deteriorate, with no end in sight.

The nation of Bangladesh has suffered from more than 70 climate-related disasters in the last ten years alone. As climate change leads to higher sea levels, experts project that Bangladesh may lose up to 17 percent of its land to flooding by 2050. This is expected to lead to the displacement of at least 20,000,000 people, but the pattern has already begun: approximately 4,000,000 Bangladeshis have been driven by flooding to move into the city of Dhaka. This massive influx has lead to a crisis in sanitation, housing, and education services in the already-impoverished slums, where the majority of these migrants have settled. Human rights and environmental groups believe Bangladesh to be one of the nations most vulnerable to climate change in the entire world, and warn that humanitarian conditions will continue to deteriorate if the international community does not take action to support the affected populations.

While cross-border migration is bound to draw political attention, what happens when people are displaced within the boundaries of their own nation? Throughout the world, 38,000,000 people are classified as Internally Displaced People (IDPs) and in 2014 alone, the rate of internal displacement equaled an average of 30,000 people displaced per day. In Colombia, over 6,000,000 people are internally displaced after five decades of internal conflict. According to the U.N., a disproportionate number of these IDPs come from indigenous or minority communities, and many are vulnerable to kidnapping by guerrilla groups. While much of the outright violence has subsided in Colombia, instability continues to threaten many parts of the country. Experts estimate that fewer than 20 percent of these IDPs will be able to return to their homes.

Forced military service, lack of free press, and high rates of human rights abuses make life hard to bear for most Eritreans. The nation is ruled by a one-party government that has been likened to the North Korean regime for its lack of transparency and disregard for civil liberties. The suffering and poverty incurred by government policies has made Eritrea one of the world's top producers of refugees and one of the "fastest-emptying countries in the world." Eritrean migrants often move to neighboring African countries, but have also been one of the largest groups flocking to Europe in the past year. To reach Europe, many Eritreans passed through the Sahara desert on foot before boarding flimsy boats on the Libyan shore, risking their lives in pursuit of a better future.

For more information on these and other migrant communities, check out the International Organization for Migration, Oxfam International, or the U.N. High Commissioner for Refugees. If you want to help, check online for country-specific non-profits, using Charity Navigator or Guide Star to find the most credible organization.

This year, the United Nations has called for the first-ever global candlelight vigil to honor those who have lost their lives in the process of migration. While millions continue to risk life and limb in pursuit of a better future, they reflect a human drive for life that is stronger than fear. As British-Somali poet Warsen Shire put it his poem, "Home," "no one leaves home unless home is the mouth of a shark ... no one puts their children in a boat unless the water is safer than the land."