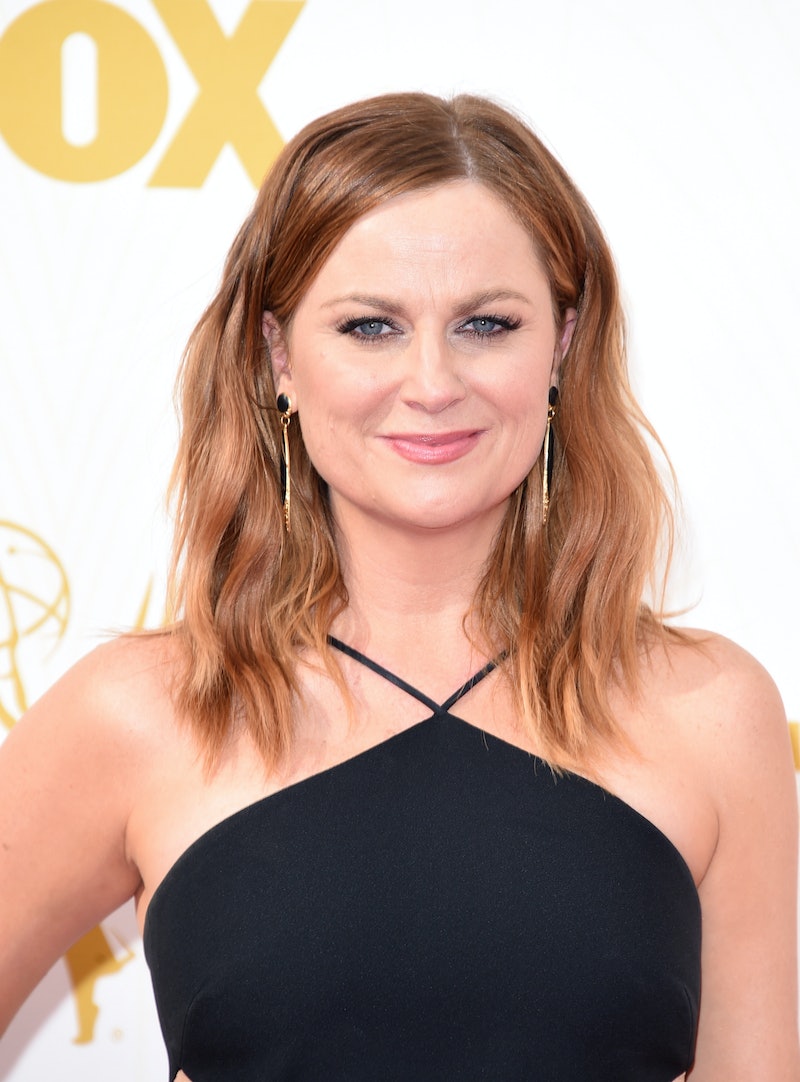 Does a new movie come out this weekend? I swear I've heard about it. Oh, yeah, that's right it's Star Wars: The Force Awakens . I mean, I don't know how I could forget, because it's not like it's plastered all over the Internet or taking over my social media pages. Clearly, Star Wars is huge, and I think it's great that the franchise remains timeless and continues to receive so much love. That said, I'm not a fan. I don't get the obsession. Granted, it's just like someone not getting the hype over Harry Potter, which I adore dearly. Maybe if I actually watched the movies, my mind would change. Anyways, there is someone who agrees with me: Amy Poehler hates Star Wars.

While appearing on Late Night With Seth Meyers Thursday with the Sisters cast, Poehler made a bold confession that pretty much solidifies why we are meant to be BFFs. Seeing as Sisters and Star Wars come out the same weekend, it's probably safe to say that Star Wars will beat Poehler and Tina Fey's comedy at the box office. So, Meyers handed out Star Wars action figures as props for the cast to use to explain why people should see their movie over the J.J. Abrams flick.

When it came Poehler's turn, while holding a Constable Zuvio action figure, she declared,

Well, Poehler, I'll see Sisters! Some might think the Parks and Recreation actress is joking, but I'm pretty sure she's not. She sounds serious, and I admire her for being brutally honest. Even if you don't agree with her, remember everyone is entitled to their own opinion. Plus, how can you get mad at her, especially when she makes hating something sound so hilarious?