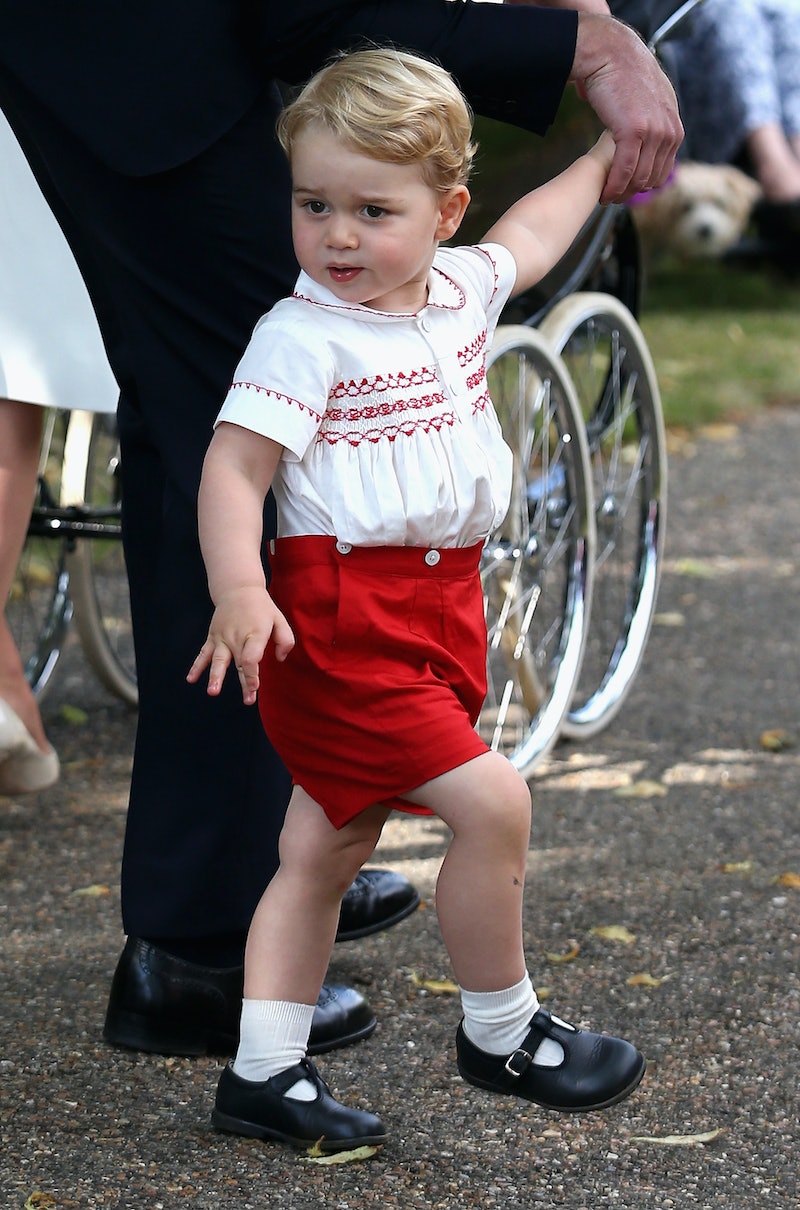 Sure, it's always exciting this time of year to receive Christmas cards in the mail with adorable photos of your smiling, happy neighbors in their most festive sweaters and scarves, or a vacation photo of your distant cousins rocking coordinated white polo shirts and a beachy glow. But I think I speak for most of us when I say, confidently, that it was way more exciting to wake up to the newly-released Christmas card of Prince George and Princess Charlotte (oh yeah, and their mom and dad, Kate Middleton and Prince William). Maybe it's because here in the States we don't have royalty (sorry, but the Kardashians don't quite count) or maybe it's simply because they seem just like any other lovely, normal family, but every time I see new photos of the royal family, I gush over them like I actually know them.

Obviously, I'll never actually know them, but it's undeniable how cute they are. This year's card is proof that Kate and William have the cutest children possibly ever — George has a smile to die for, and Charlotte is looking just like her flawless mom — and you'd have to seriously be a Grinch not to melt at this photo:

Check out some of the sweetest royal Christmas cards in recent years — and try not to die from all the cuteness.

Prince William's dad and stepmom's 11th Christmas card together is a cheerful and cozy one, and the two look happy to celebrate the season.

This one is special as the photo was taken at the opening of the Invictus Games in honor of wounded servicemen — an event organized by Prince Harry. Aw!

Did you know that if you send a holiday greeting to the royals, that they will send you back a note wishing you the best in the holiday season? It's not too late for this year, but time is running out! Who wouldn't want to get this sweet photo in their mailbox?!

I don't know about you, but the hats kind of make this photo, taken at the Royal Ascot in 2013.

The 2012 card is truly one of the most royal, showing the couple at the Thames Pageant that year.

From the year Charles and Camilla married, this one was taken at their wedding, showing the princes as they grew from cute kiddies to handsome young men.

This is one of the more casual royal Christmas cards, showing the young princes hanging out with their parents in the countryside.

This one tugs right at the heartstrings. In 1987, when Harry and William were just precocious little boys, this sweet holiday photo was sent out.

Now that we've seen this year's card, I'm looking forward to many more years of heartwarming holiday snaps from the royals.