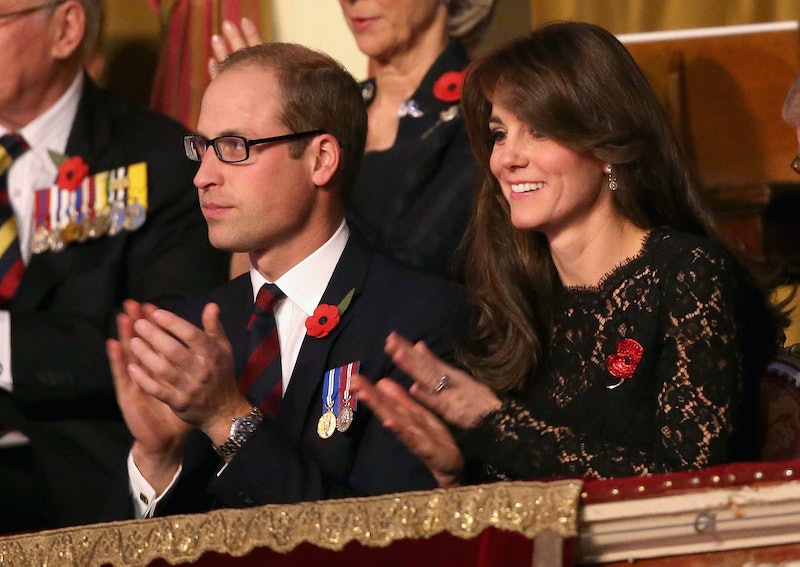 Listen, guys, I'm not one to brag, and I'm certainly not one to brag about other people's families, but I think this morning I'm going to have to. You see, the royal family released a Christmas photo that is pretty much going to put any portrait your own family attempts to do to shame. In fact, I imagine picture places are going to be losing a lot of business this Christmas, because everyone is going to take one look at this and go, "Yeah, sorry, I can't be that cute. Nevermind kids." The photograph was posted by the Kensington Royal Instagram account, and features Prince William, Kate Middleton, Prince George, and Princess Charlotte all hanging out in the autumn grass, looking like the happy family we all love to believe they are. I don't blame you if you want to low-key make this picture the cover of your Christmas cards instead of attempting to out-cute it. That's what I'm going to do.

The caption that went with the photograph was even sweeter: "The Duke and Duchess are hugely appreciative of all the warm messages they have received about their family this year and are very much looking forward to their first Christmas as a family of four." Awwww. At this point, the only thing I really have to say about this photograph is that I wish I was invited to scooch my way on in there, because everyone just looks so joyous to be together. It's adorable, and serves to remind you that the royal family are people, too. Royal people, but people all the same.

I'm not saying that the family wasn't complete before, because Prince George was everything to me when he was born, but the addition of Princess Charlotte into this family photo just ties the entire thing together somehow. It makes every other picture of the royal family before this look almost incomplete, because she just belongs so perfectly with her family that you can't help but melt into a little puddle of Christmas warmth at the sight. Especially when you look at the big grin on Prince George's face, and the smaller one on Princess Charlotte's face, and imagine, as I do, that Prince George was trying and succeeding to make Charlotte laugh right before the photograph was taken. The fondness on William's face as he looks at his son certainly seems to suggest that there's an entire story behind this photo that none of us will ever be privy to.

One thing's for sure, though: the royal family have officially won the Christmas holiday. Everyone else should really just stop trying from now, and join me in constantly refreshing the Kensington Palace Instagram account in the hopes of getting more adorable new photos soon. There are, after all, still many days left until Christmas, and thus many hours they can fill by taking more photographs. Win/win.