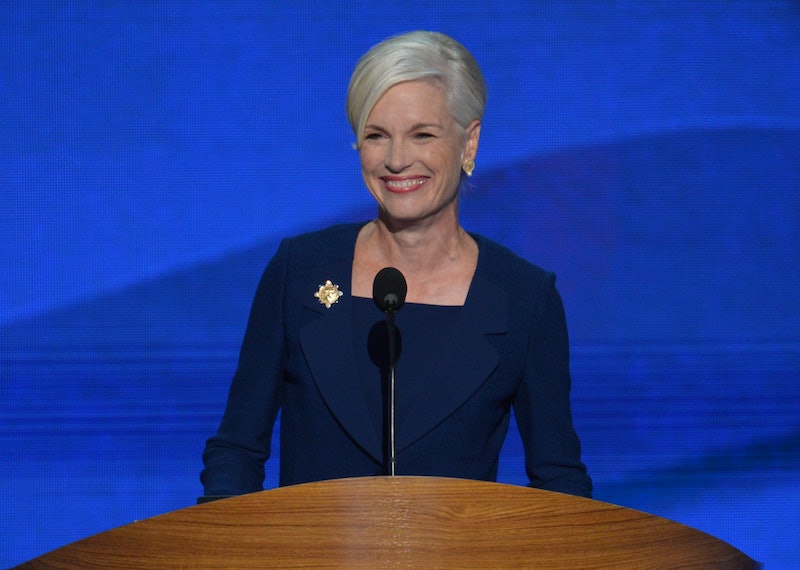 Luckily, feminism doesn't take a break during the holiday season. There are always new ideas cropping up and enlightening points being made about pervasive gender inequalities, intersectional feminism, and simply what it means to be a woman today. Exceptional feminist quotes from the past week prove this, and the wise words of some incredible women will inspire you to keep advancing equality and encouraging others to come along for the ride.

No one can know or experience everything, so it's important that feminists be vocal about their beliefs and struggles. This enables us to learn from one another and further advance gender equality. No one should feel alone in dealing with gender-based discrimination, violence, or rhetoric — after all, women make up half of the global population and every single one is affected in some way. Talking about feminism openly is the first step toward achieving real change, and when celebrities do so publicly, even more people become aware of the movement.

Even if you think you're a first-rate feminist — often explaining to men why catcalling is offensive, donating to girls' schools across the world, and volunteering for Team Hillary — check out these five quotes from the past week to learn a thing or two, or just gain some inspiration.

After comedian Sara Schaefer tweeted a photo of a "comedian to do list," trolls sent her thousands of messages containing horrible names and obscene sexual comments (as they tend to do). In response, Schaefer penned "Oops I Made A Feminist Joke On The Internet" on Medium, perfectly shutting down the sexist haters. It starts off:

I want to preface this with a note to the Trolls, the Mansplainers, the Actually Men, and the Sad Men: I don't owe you an explanation. I shouldn't have to explain my little jokes to you or justify my real life to anyone.

But the true gold comes later, when Schaefer says:

The list doesn't suggest that it's necessarily easy for men; it's just pointing out the added stuff that women have to deal with. Annoying mosquitos that men almost never have to swat away.

In an interview with MTV published Thursday, Amber Rose talked about a time she was sexually assaulted. Not only does her openness help destigmatize being a victim, but it also shows that sexual assault can be a range of things that make girls and women feel violated — not just rape — and how common it is for someone to blame the victim. Rose told MTV:

I was sexually assaulted in the seventh grade. This boy stuck his hand all the way up my skirt. I was sitting on the edge of the stage in the auditorium, and he sat down next to me and put his hand up my skirt... I went to principal, and I told her that I felt extremely violated. I couldn’t believe that he had touched me like that. And she blamed me. She said, "You shouldn’t even be wearing a skirt like that." Obviously, in the seventh grade, my skirt was not that short — but even if it was, that didn’t give him the right to shove his hand up my skirt.

In an interview on Lenny Letter published Wednesday, Planned Parenthood President Cecile Richards talked about defending her reproductive health organization to Congress. Richards had a powerful message about what kind of people should be leading the nation, and it all came down to one basic requirement. She told Lenny Letter:

It doesn't surprise me that they don't know much about women's health or women's bodies or what a breast exam actually consists of. But it did stun me how little they cared. And how little empathy they have for women who basically don't have access to health care in this country. That is shocking. You shouldn't be able to be in Congress and not care about women at all.

A recent Vanity Fair story called the hook-up culture surrounding Tinder the "dating apocalypse," as a lot of meaningless hookups replace relationships and intimacy. However, Lux Alptraum argued in a Quartz story published Friday that this is great for women, pointing out that what's more problematic is the way women are taught to ignore what they want when it comes to sex. Alptraum wrote:

Whatever the dominant relationship model may be, women always seem to be the ones losing out. Whether we're proving our purity by not having sex, or proving our easygoing attitude by always being DTF, it's the compulsion to adjust our sexual behavior to meet society's expectations, rather than our own sexual desires, that's actually damaging. Women are taught to use sex as a tool to achieve social capital, rather than an end unto itself. It’s this conditioning that has us set up to fail no matter what game we're playing.

So as cuffing season kicks into high gear, take a step back and think about what you want, rather than what you've been told you're supposed to want. It's simple advice, but it's true. If casual sex is making you happy, by all means, keep the party rolling. And if it's leaving you unfulfilled, consider the many other sex and relationship options out there. But whatever you do, don't fall into a pattern of behavior just because you're supposed to.

[These girls] have just as much promise and potential as my daughters, as I had when I was that age. Knowing that exists, I can't walk away from it.

More like this
How To Fight For Reproductive Rights, Based On How Much Time You Have
By Courtney Young
Sandra Bullock, Girlboss Extraordinaire
By Matt Harkins & Viviana Olen
Lydia Leonard Is Setting The Record Straight
By Olivia-Anne Cleary
LGBT+ Men Fleeing Afghanistan Were Denied Asylum By The Home Office, New Findings Show
By Sam Ramsden
Get Even More From Bustle — Sign Up For The Newsletter