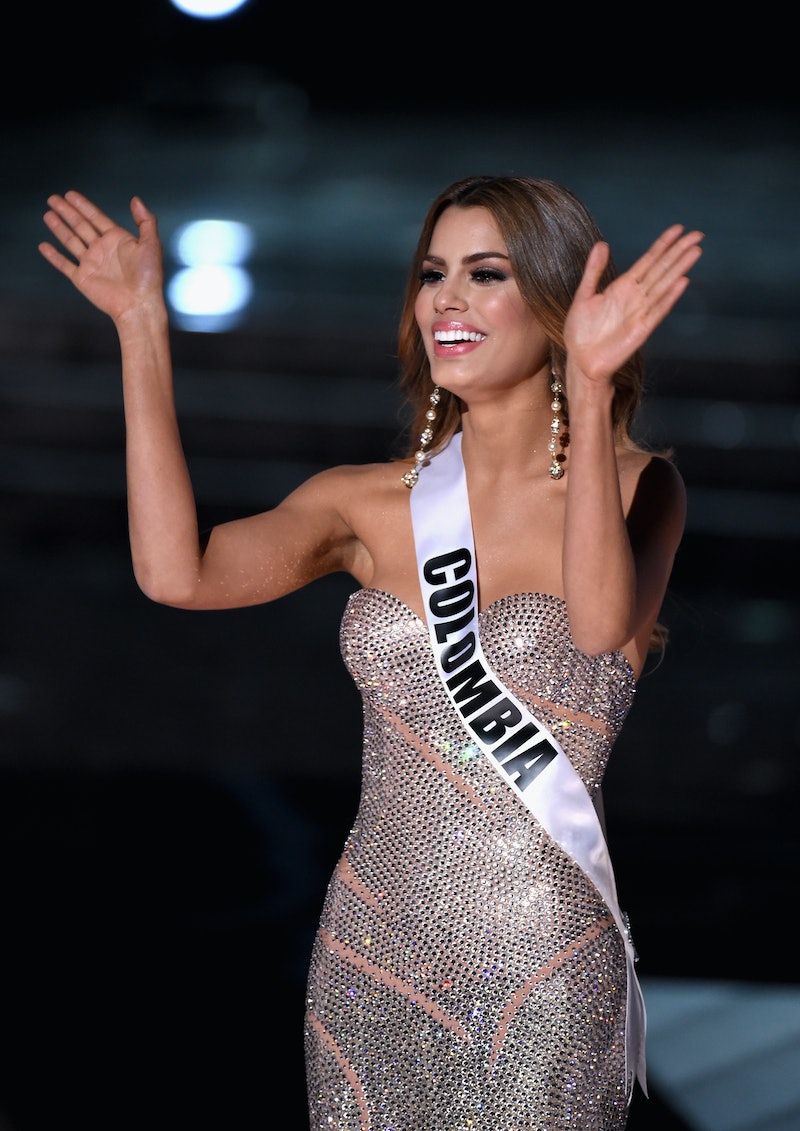 Let’s get this out of the way — I feel like there’s virtually no substance to the actual ceremony of the Miss Universe pageant. Actually, in my opinion, there’s no substance to the Miss USA or Miss Teen USA pageants, either. With that in mind, I’m here to say that I like them all anyway. There’s something about successful, beautiful women of many backgrounds and countries strutting their stuff in front of an audience of billions. The women of the 2015 Miss Universe are wonderful, and I’m sure that they’re inspiring millions of young girls around the world as I type these words. We’ve watched the many beautiful contestants showcase their talents and pledge allegiance to their countries of origin, but there can only be one winner. But, let's not talk about her right now — instead let's talk about Miss Colombia Ariadna Gutierrez the Miss Universe first runner up in the 2015 pageant, and how she was cruelly tricked into thinking she'd won.

Host Steve Harvey announced that Gutierrez had won only to take back that victory after she'd already been crowned. See, Harvey, who was already the worst for objectifying the women all night, read the wrong name. Even though Miss Colombia had already been crowned the winner, Harvey had to tell her he made a mistake and actually Miss Philippines won the competition. It was heartbreaking to watch the crown taken from Gutierrez's head and handed to the rightful winner.

Honestly I kind of wished at that point that the competition would let both of them be the winners, but alas they didn't. Still, Miss Colombia did really well for herself and her country and she should be proud of her efforts. No one doubted she deserved to win the whole thing when they thought she did, and that's a high compliment in itself. She deserved better from the host, but at least she knows she has the support of Miss Universe 2014 (also from her country) and the rest of Colombia. You did a great job, Gutierrez, no matter what.

More like this
Jake Daniels Just Became The UK’s First Active Football Player To Come Out As Gay Since 1990
By Sam Ramsden
Becca Tilley Confirmed Her & Hayley Kiyoko’s 4-Year Romance With A Heartfelt Note
By Brad Witter
What Is Jeanie Buss' Net Worth? The Lakers President Is Uber Rich
By Hugh McIntyre
Christine Quinn Says She & This Co-Star Got Paid The Most For 'Selling Sunset'
By Grace Wehniainen
Get Even More From Bustle — Sign Up For The Newsletter