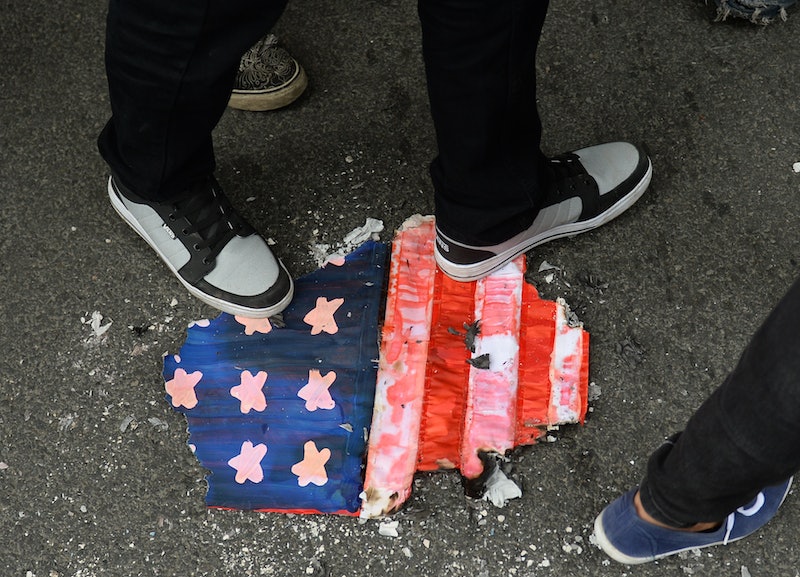 A lot happened in 2015. Parisian publication Charlie Hebdo was attacked. Planned Parenthood has fought numerous attempts to defund it. Donald Trump is trying to ban Muslims from entering the country. More and more refugees have been trying to leave Syria and the surrounding region. Police brutality and Islamophobia have continued to escalate. But something else just as important — and just as horrifying — has been happening here in the United States, and hardly anyone has been talking about it. Since the beginning of the year, at least 22 transgender women have been killed, 19 of whom were trans women of color. This number does not include deaths that were not reported or investigated.

This is not a singular event, and this has been going on for much longer than this past year. According to the 2013 Hate Violence Report from the National Coalition of Anti-Violence Programs (NCAVP), for example, more than half of all LGBT homicide victims in 2013 were trans women of color. Transgender people of color are disproportionately impacted by violence, homelessness, and poverty, but the violence they face is often erased in mainstream coverage. And as Transgender Law Center Executive Director Kris Hayashi wrote for The Huffington Post, the visibility that celebrities like Laverne Cox and Janet Mock lend to movements of justice for trans women of color — though incredibly important — is not enough to bring this violence to a halt.

It is not your fault as a reader if you are not aware, for instance, that more trans women were killed in the first half of 2015 than in all of 2014. Publications like The Advocate have done an incredible job of honoring the trans women who were murdered this year, but it isn't a story that you're likely to find on the front page of a major newspaper. People won't start talking about this issue unless they have access to this information, and that is something that the media needs to work on.

However, it is also important to remember that the narratives of trans folks are always erased, and even as we talk about and celebrate the lives of the trans women of color who were murdered this year, we also need to talk about the other forms of violence that transgender individuals often face: homelessness, a lack of access to necessary resources, misgendering, disproportionate rates of sexual assault and incarceration, difficulty obtaining employment, and the stigma surrounding sex work. Trans women of color live at the intersections of multiple axes of identity, and must contend with transmisogyny and racism all at once.

As Darnell L. Moore wrote for Mic earlier this year, the silence when trans women of color are murdered is unbearably loud.

The public can no longer remain silent and still as trans women face economic vulnerability and violence. Trans women of color are our sisters, daughters, friends, partners, mothers and colleagues. But even when they bear no relation to us at all, they are human beings deserving of wellness, equity and life.

We need to stop being silent. It is not enough to proclaim allyship — allies do not take breaks, and we need to keep showing up and combating this violence, because no one should have to live every day in fear of it being their last. We need to work on dismantling the structures of oppression that make it possible for this violence to continue, and we need to constantly assess the ways in which we are talking and thinking about gender.