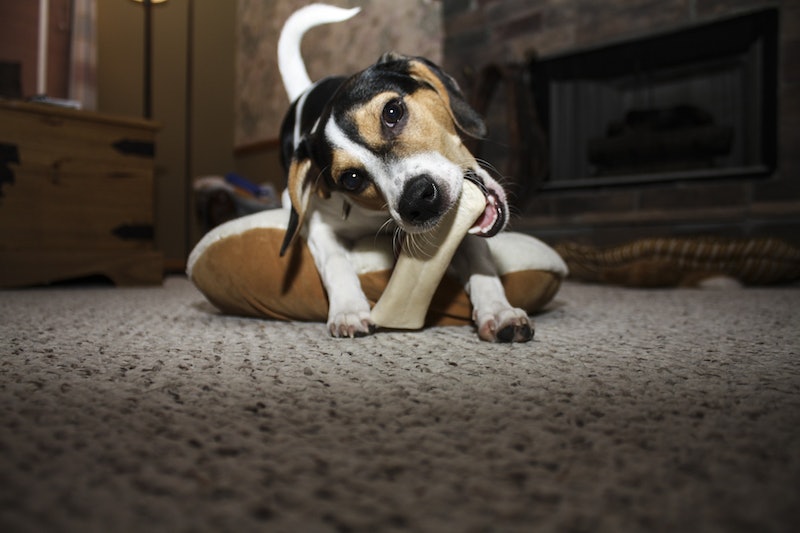 As if we didn't already know that dogs rule and humans drool, scientists have released the results of a study that prove dogs like giving treats to their friends. OK, so why is this significant and why do we care? Well, for an animal to exhibit a trait that has no obvious evolutionary value, such as generosity, is a rare and special thing. So when scientists created a lab which gave dogs the option to pull a lever that would release a treat in another dog's cage, or do nothing, they chose to dispense a treat to their friend.

The study was altered in various ways to come to multiple conclusions. In order to determine if the dog were just pulling the levers because they enjoyed the action of it, researchers added some unfamiliar dogs to the lab. First they let all the dogs smell each other and settle in. Once the mood was calm and the old dogs were no longer distracted by the new dogs, they returned to the lever. The dogs who were in the position to offer a treat chose not to offer treats to the unfamiliar dogs, proving that the dogs were not releasing treats only because they enjoyed the fun of it; they were releasing treats because they enjoyed offering them to their friends.

The fact that the dogs were willingly participating in an action that did not benefit them directly, means that they are aware of their intentions and their intentions were simply to be generous. Now, if a dog was willing to give their friends a treat if it meant sacrificing their own, that would be a devolutionary action that would not be encouraged.

But if they're put in a position where getting their own treats isn't an option and they can either sit there and stare at the wall or gift their friends treats, they were all about it.

What can we learn from this about our own attitude towards generosity?

More like this
TikToker Kate Glavan Has The Antidote To The “Hot Girl Walk”
By Alexis Morillo
How To Use Circle, Twitter’s Version Of Close Friends
By Emma Carey
5 Crystals To Manifest More Money
By Megan McCarty
5 Crystals For Luck, According To Experts
By Megan McCarty
Get Even More From Bustle — Sign Up For The Newsletter