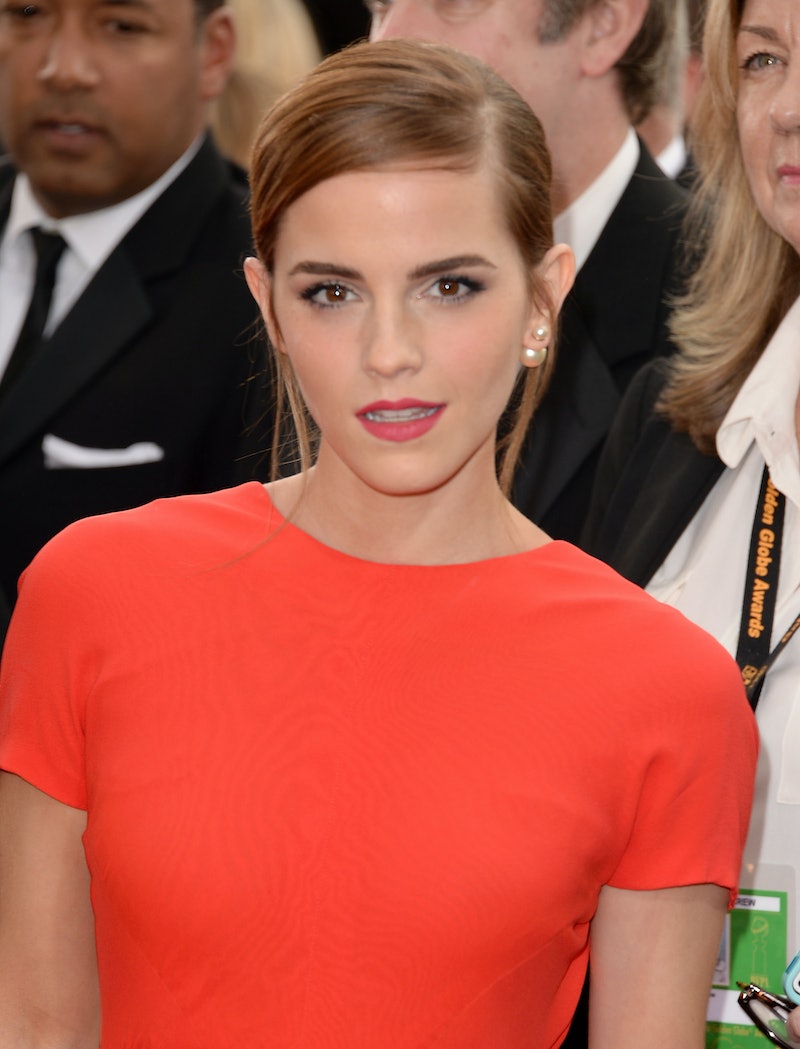 Emma Watson has a new boyfriend and it seems like his adoptive mom might be a big Harry Potter fan. Or she could have been really impressed with Watson's American accent in Perks of Being a Wallflower — I'm not trying to pigeonhole anyone here. Watson's boyfriend is Matthew Janney, an Oxford student who plays rugby at the university, and his "second mother," Coralie Day, has spoken out about how excited she is about the new couple. Janney's birth parents both died when he was young and Day and her family took Janney in when he was 16. Day has recently spoken with the London Evening Standard about her joy for Watson and Janney. Also, it sounds like she might just want to meet Emma Watson.

"We are thrilled to bits that he is seeing Emma Watson. We are looking forward to meeting her soon. Hats off to her for finding such a wonderful young man. There is nothing bad anyone could say about Matt. He is absolutely lovely."

It's really just normal mom talk, but then why tell it to a publication? Why not just tell your friends or your neighbors when you run into them at the post office?

Probably because every website and magazine knows they're not going to get the information from Watson herself. A spokesperson for Watson told the Standard, "We do not comment on speculation regarding our clients’ private lives." Watson split from her previous boyfriend, Will Adamowicz last summer, but news of the breakup only came out two weeks ago. She's not exactly open about this stuff. So why not just ask a chatty mom who is probably going around telling everyone she knows that Janney is dating Hermione Granger? Clearly she has no qualms about it. Plus, the nice words just might convince her favorite young wizard to come over for dinner.