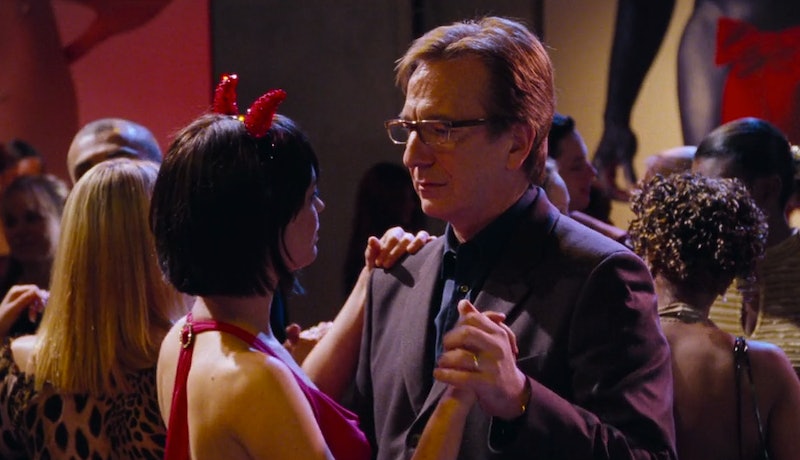 Love Actually has become a modern holiday classic, showcasing love in different forms through a variety of interconnecting stories across London in the weeks leading up to Christmas. While Love Actually serves as an exploration of love, it also serves as an exploration on how people can work together without having any regard for how flirting or sexual remarks can affect the mood or tone of a workplace. Especially within the design agency run by Harry (played by Alan Rickman), Love Actually often shows rules about professional conduct within the workplace being violated in ways both subtle and obvious.

Considering some of the work environments we see, it’s a wonder that any of the characters are actually able to get work done. In fact, the only polite work-place interaction in the film comes from John and Judy — their job being stand-ins for a pornography film. Despite being in a sexual workplace, their conversation and interactions are friendly, politely, and at no point put each other in an uncomfortable situation. Other workplaces, like the aforementioned design agency or the U.K. government led by the Prime Minster Dave (Hugh Grant), could stand to learn a thing or two from John and Judy. These 15 HR violations all clearly point out that the characters in Love Actually may, actually, need to focus on love a little less.

1. Colin, delivering food to an office building, tells an employee at delivery spot to "try my lovely nuts", while handing her a small packet of what appear to be cashews, almonds, or another common type of nut-based snack. This is an inappropriate innuendo, and definitely unprofessional for what is a work-related exchange.

2. Colin, moments after making a double entendre about nuts, hands a pastry to another employee and says "beautiful muffin for a beautiful woman." While this may be intended as a compliment, it can also put the receiver of the compliment in an uncomfortable position as it appears she is being given special treatment based on her physical appearance.

3. Colin, immediately after the previous two incidents, approaches an employee and says "Morning, my future wife." This conduct is absolutely unacceptable and suggests to the employee — Mia — that her worth is related to his personal interest in her.

4. Harry brings Sarah into his office, and suggests that she go on a date with fellow employee Karl. A supervisor attempting to initiate relationships amongst his employees is incredibly unprofessional and can create an uncomfortable work environment where employees feel pressure to enter relationships they are not interested in.

5. During a film shoot, Jack makes a crack about the prime minister being gay — this could discomfort anyone on set who already feels as though they are not allowed to discuss their sexual orientation at work in fear of becoming the target of a hostile work environment.

6. Harry makes a remark about making sure women at the holiday party avoid a certain male employee unless they "want their breasts fondled," however, it seems Harry has made no investigation into whether this reputation is true or if this employee is a threat to other employees.

8. Upon seeing one of the Prime Minster's employees, the American President makes a comment about her "pipes" — this one is an obvious sexual comment, and not cool for anyone to make, let alone a president.

9. The Prime Minister, seemingly in retaliation for the inappropriate comments made towards the employee — Natalie — that he has a crush on, calls out the American government in a press conference with the United States President. While it may be a good move for the Prime Minster, it seems to have been done for the wrong reasons.

10. The Prime Minister's employees refer to Natalie as "chubby" and comment on her "huge thighs" — criticizing a fellow employee based on her physical appearance is absolutely inappropriate and uncalled for.

11. "When It Comes To Me, You Can Have Everything" is not an OK thing to say to your boss, Mia.

12. Using flirtation to convince your boss to buy you "something pretty" is not an OK thing to do, Mia.

13. Not necessarily an HR violation, but wearing a devil's costume to a Christmas party is hardly seasonally appropriate, Mia.

14. It's a severe HR violation for someone to have a flirtatious relationship with their secretary, especially when it includes expensive gifts — including, but not limited to, jewelry.

15. Although not technically an HR violation, cheating on Emma Thompson is a violation of common sense.

Hopefully, Love Actually can not only remind you of the value of spending time with those closest to you this Christmas, but can help you recognize situations in your workplace and alert others that perhaps it's inappropriate for the boss to play matchmaker while trying to manage a company.

More like this
Danny Dyer & Ellie Taylor’s New Netflix Game Show Is All About Cheating
By Rachel Mantock
What Is Barack Obama’s Net Worth? He Makes *Way* More Now As An Ex-President
By Hugh McIntyre
The Richest 'Bling Empire' Cast Member Is...
By Hugh McIntyre
These Adorable Kourtney & Travis Moments Led Them To The Altar In Italy
By Bustle Editors
Get Even More From Bustle — Sign Up For The Newsletter