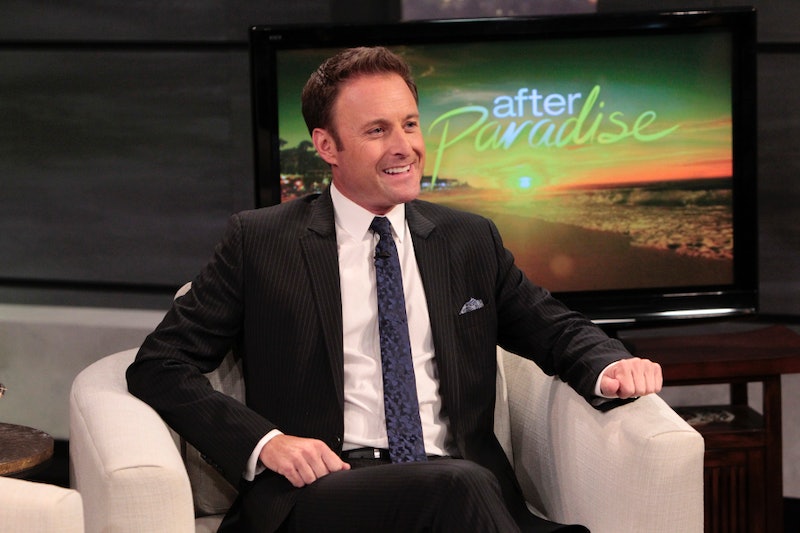 Hold on to your bouquet of roses, Bachelor fans, because you're about to start dedicating not one, not two, but three hours of your Monday nights to The Bachelor. As you should. Approaching the series premiere of Ben Higgins' season of The Bachelor, ABC announced that they would be producing a live-after show called Bachelor Live to follow each new episode of The Bachelor . Can we all just take a moment to thank the people that brought together America's favorite couples — like Tristan and Ryan, or Jake and Vienna — for deciding that a third hour of Bachelor goodness was necessary in our lives? (And don't worry, Chris Harrison is hosting.)

Sure, you might be tired by Hour 3, but it's not like you can simply turn off your TV after watching Ben break a handful of hearts week after week. Instead, this is perhaps the time in your life when you start implementing a more rigorous caffeine schedule in the evening, because let's call a spade a spade, you can never have too much Bachelor in your life. In fact, I'd even argue that Bachelor Live has a Bachelor Live: After the After Show online, where things get really rowdy and Chris Harrison starts questioning if even he is there for the "right reasons."

According to Entertainment Weekly, the hour of live television will feature contestants and "famous faces" as they "discuss and dissect" the episode that just aired. It will also feature viewer questions (so get the best tweeting practices memorized over the holidays), and bonus content from the show that you'll see nowhere else. What a time to be alive.