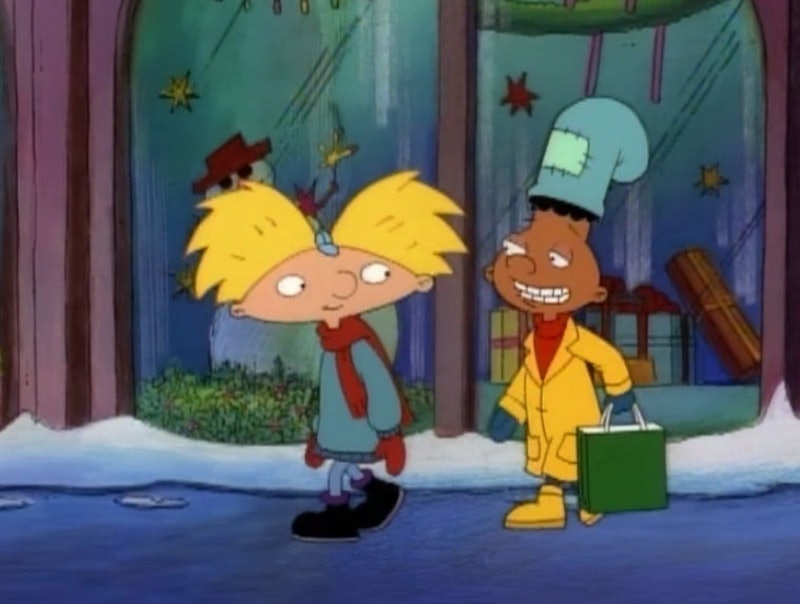 It's well known that the '90s were a magical time for television, and so it should be no surprise that there are so many Christmas TV episodes from the '90s you need to re-watch. In general, '90s television shows were so beloved that a lot of them have gone on to have cast reunions and even, in a few cases, revivals. Some of the most iconic series featured a laugh track, moments that made you go "aww," and, of course, a Christmas episode. Sure, contemporary shows do Christmas episodes too, but they don't have the slightly cheesy, good-hearted nature that those in the '90s did. TV shows' holiday episodes were often some of the most memorable. I mean, who could forget Corey and Topanga's first Christmas together on Boy Meets World, or Boyz II Men performing "O Holy Night" on The Fresh Prince of Bel-Air? These were touching, wonderful moments in TV history.

The holidays are full of glittering garlands, great food and spending time with the people that you love, but nothing puts you in the holiday spirit quite like a good, old fashioned dose of nostalgia. So, while you're cozied up with a belly full of eggnog and cookies, why not take some time to re-watch these classic '90s Christmas episodes?

In this powerful and heart-warming episode, Arnold tries to reunite Mr. Hyunh with his daughter (they were separated during the final days of the Vietnam War) as a secret Santa gift. Mr. Hyunh was. Who knew Hey Arnold! was such heavy stuff?

2. Family Matters — “Have Yourself A Merry Winslow Christmas”

Steve is kind of abandoned by his own family for Christmas, so Laura invites him to spend Christmas with the Winslows. '90s Christmas episodes were all about doing the right thing and making everyone feel loved, and this one is no exception.

Full House has so many great Christmas episodes, but the first one is a classic. The Tanners get stuck at the airport and Uncle Jesse gives a great speech about the true meaning of Christmas. What more could you want?

This classic episode is based on A Christmas Carol and tackles Corey's doubts about spending the rest of his life with Topanga. It's Topanga's first Christmas with the Matthews and it doesn't go quite the way Corey thought it would.

5. Fresh Prince of Bel-Air — "Twas the Night Before Christening"

Boyz II Men! Those blue suits! Those mock turtlenecks! I don't think there could be a more perfect example of the wonder that was the '90s Christmas-themed TV episode.

My So-Called Life was ahead of its time. This episode deals with Ricky, Angela's new friend, being abused by his father and then becoming homeless. It's a little hard to watch, but so worth the #feels.

This was a two-part Christmas special that involved the oh-so-'90s scenario of Zack falling for a girl he met at the mall. But it turns out the girl and her family are homeless, so the gang pitch in and help them.

So, it's not technically a Christmas episode, but this is undoubtedly a holiday classic. It taught us all so much about the history of Chanukah in way that was easy for kids to understand. It holds up really well, too.

Nothing will get you in the holiday spirit like a trip down memory lane. So, with just a few days until Christmas, you can probably make it through at least 20 '90s Christmas episodes if you start right now. Get to it!