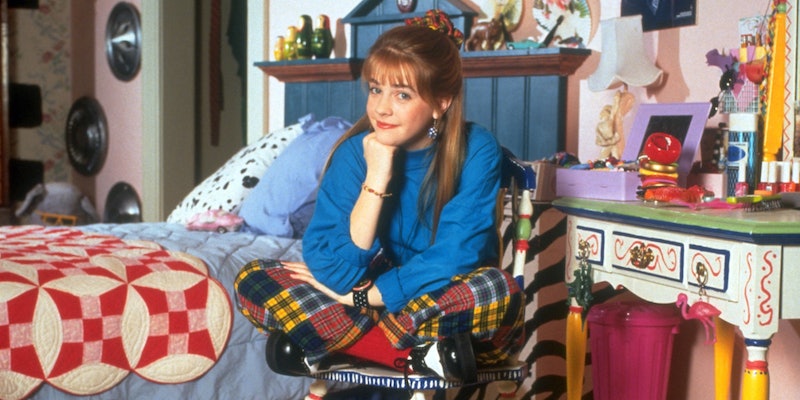 There are few things I love more than resurrected television from the '90s. I don't need high-definition; just put me in front of a rabbit-eared television you found in someone's basement circa 1994, give me every season of Brotherly Love, and I'll see you in eight to 12 hours. Hailed as what very well may have been "the last great decade," the '90s experienced a golden age in television. For one, by 1994, the FCC estimated that 99 percent of US households had at least one TV, so cultural phenomenons like Friends were created seemingly overnight and out of thin air, picking up speed unprecedented in prior decades. (Consider that Seinfeld, for instance, premiered as one of the NBC's lowest-rated pilots — but its last episode, according to the LA Times, was watched by 76 million people.)

Given the large audience, television became even more deeply embedded into the cultural zeitgeist ("The Rachel," anyone?), but in the pre-streaming, pre-DVR era, however, all television watching had to be done smartly: Miss the first five minutes of a television drama like The X-Files and forget it — good luck figuring out the rest.

Luckily, though, the characters and plot points in '90s sitcoms, specifically, remained wholly unchanged from week to week, as they reliably tied up all their loose ends in neat 20-minute packages and ended right back where they started (which was probably a the set of a living room with a floral-print couch).

Obviously you've seen most, if not all, of the classics, but can you recall all seven of these more obscure '90s shows?

I know three things about this show: that I loved the theme song in the '90s, that my older brother and I had our own impressions of its protagonist's southern accent, and that I felt closer to Lena Dunham than ever when her character Hannah name-checked it this past season of Girls.

The Mystery Files of Shelby Woo

While I know I loved the intern-turned-detective protagonist back in the day, the only reason I remember anything in particular about the show is because one episode featured a premise so ridiculous I still remember it probably once a year and get upset. SPOILER ALERT: Shelby discovers the villain used chocolate to make a copy of a key. Chocolate, people!

According to Reddit, I'm not the only one bothered by it:

There is this one episode where the crook presses a key into a melted chocolate bar and is able to make a copy from the imprint. For some reason that scene stuck with me and it pops back into my head every now and again.

i remember the show and am glad so many other people do to, for a while there i thought i was imagining it. the only episode i remember clearly is when the art teacher used a chocolate bar to make a mold of a key. why i remember just that i have no clue.

So technically this isn't a '90s show, because it aired in 2000, but TRY AND TELL ME YOU'VE THOUGHT ABOUT IT ONCE IN THE PAST 15 YEARS! Surprise, Taina: Welcome to the Forgotten Club. I miss you, Taina. Rooting for a comeback in '16!

What makes this show remarkable, and worthy of being on this list, is that even though it came out in 1994, it marked the first time an Asian-American woman — Margaret Cho — starred on a network sitcom in the US. Credit where credit's due: Cho broke through the glass ceiling.

Not only can I recite every single word to this theme song ("TJ Henderson/ Super intelligent/ A fine young gentleman"), but I've probably seen every episode twice. Seriously exceptional television on The WB's part. If you haven't seen the episode where TJ acts as Mo's defense lawyer, you're welcome. 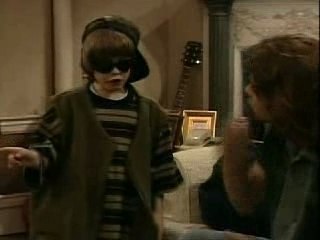 When it comes to shows about three brothers operating a car customizing business in Philly, the Lawrence brothers really were masters of the genre. Also, I don't need to remind you that this was a pivotal show in the late '90s if you were on your Hanson brothers/Jonathan Taylor Thomas game — which, admit it, you were.

I'll watch any show involving crude, reckless puppets. Seriously: Avenue Q, The Muppets, The Real Housewives... but Cousin Skeeter managed to find a home for what would otherwise be a racy character choice into children's programming. The weird part was, there was no real reason for him to be a puppet. They never even referenced it in the show. It was Family Guy-level willing suspension of disbelief. Cousin Skeeter featured a richly diverse cast, and was an entertaining show. While it just made it three years on the air, it did introduce the world Meagan Good — and we still have that going for us.

Don't you kind of miss the pre-binge watching era, when plot twists on GoT didn't eat up your life and you could go to bed knowing you'd never see Wilson's face on Home Improvement and Hey Arnold!'s Helga would never admit her love for Arnold until the bitter end?

Wait, never mind, I watched Master of None in one sitting.