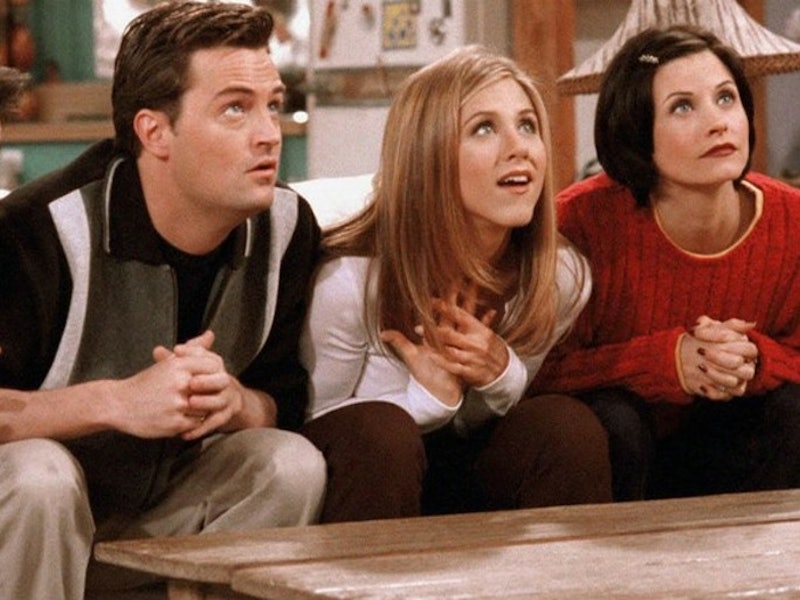 As a TV fan, I've made it my mission to watch shows across all eras of the medium. From The Honeymooners to Bob's Burgers, if it is available, I've tried to sample it. No one can watch everything, but back in the '90s, I feel like I made a solid attempt. My generation had some of the last great multi-camera sitcoms, the best kids shows, and groundbreaking dramas that actually aired on network TV. The '90s are practically another country these days, but television endures. The best TV shows from the '90s still have massive followings today, and their influence is felt across all of television.

Would there have been a Lost without Twin Peaks? A How I Met Your Mother without Friends? I don't think so. TV in the '90s wasn't all great, but when it was good, it was unlike anything the medium had seen before. From sitcoms to kids' shows and dramas about things that went bump in the night, the 21 shows on this list are the best shows the '90s had to offer. More than that, I think they are shows everyone should see. The age of too much TV is upon us, but that doesn't mean you shouldn't take time to appreciate the show's that made this bounty of quality programming possible.

Not many TV shows can say they defined a generation, but the story of six aimless New Yorkers growing into adulthood hit a sweet spot with viewers of a certain age. Friends ' legacy endures today — just look at the reaction fans had when the show hit Netflix.

The mythology of The X-Files led to more complex sci-fi/fantasy shows, but The X-Files' true legacy is the undying loyalty in the partnership between Mulder and Scully.

Haven't seen Northern Exposure? It's not surprising; music rights disputes have kept the series off streaming services, but a lack of availability can't take away the greatness of a small town show with prominent Native American characters, a deep respect of cultures of all kinds, a feminist lead, and one of TV's very first same-sex marriages.

Before Roseanne, the average American family with money problems, a messy house, and imperfect children wasn't considered suitable sitcom fodder. Then Roseanne came along and tore up the rule book by being a crass, fearless, and unapologetic working class mom.

Angela Chase was on TV for less than a year, but she and her friends brought the secret, angst-filled lives of teenagers to life with aching reality.

Is anyone going to argue with me if I call ER the greatest hospital drama of all time? The show did a lot more than launch the career of George Clooney — it mixed the high stakes world of emergency room doctors and nurses with personal stories in a way that ensured it would be beloved forever.

David Lynch's cult masterpiece is trippy, unnerving, and so influential that shows as varied as Bates Motel and Gravity Falls find inspiration from the show's bizarre townsfolk to this day.

The theme song isn't the only thing iconic about The Fresh Prince: the show launched the career of Will Smith, made "The Carlton" a pop culture phenomenon, and continues to be entertaining to this day.

Forget just America — The Simpsons are likely the most famous family in the world at this point, and although it may not seem like it now, back in the '90s the show was the sharpest comedy on TV.

Festivus, sponge-worthy, the soup nazi — if none of these things sound familiar, then either you're new or you've somehow never experienced the sarcastic, hilarious humor of Seinfeld.

Buffy fought the darkest evils and went to school on a Hellmouth. She saved the world a lot, and she made TV a safer place for complex, heroic women.

If you loved Pete and Pete as a kid, then you owe it to yourself to revisit it as an adult. Not only has the show aged remarkably well, it's also even more entertaining when you get all the jokes.

This one season wonder is another authentic teen drama, and it also happens to be one that produced a super famous cast and gave the world its first taste of Judd Apatow.

Simplistic, slightly cheesy, but oh so watchable, Full House was everything I (and a whole lot of other people) needed a sitcom to be.

Sam moved through time by "leaping" into other people's bodies to correct past mistakes. In the process, he experienced points of view that he never would have been able to experience otherwise, as his jumps did not discriminate based on gender, age, or race.

No spin-off has the right to be as witty and sardonic as Frasier was. Somewhere between slapstick and highbrow humor, Frasier almost surpassed Cheers in terms of laughs.

The sensitive cartoon tackled some heavy subjects — including war — but it was Arnold's ability not to talk down to kids that made it so special.

The lessons Cory, Shawn, and Topanga taught kids about friendship were invaluable, and the lessons Mr. Feeny taught the audience about life will last a lifetime.

This show is definitive proof that a married couple (without kids) can make for funny, heartwarming, and compelling TV.

You know TV is good when it actually tricks you into learning and enjoying it.

Was the acting always stellar? No, but you could bet on having your pants scared off of you week in and week out and that is the true mark of a great anthology show. As of right now, Are You Afraid of the Dark? holds the special distinction of being the last great true anthology horror series TV produced.

The '90s was full of amazing TV, and in truth this list is only a sampling. I hope these 21 shows will inspire you to dig deep into '90s TV and find even more hidden gems for your next Netflix marathon.