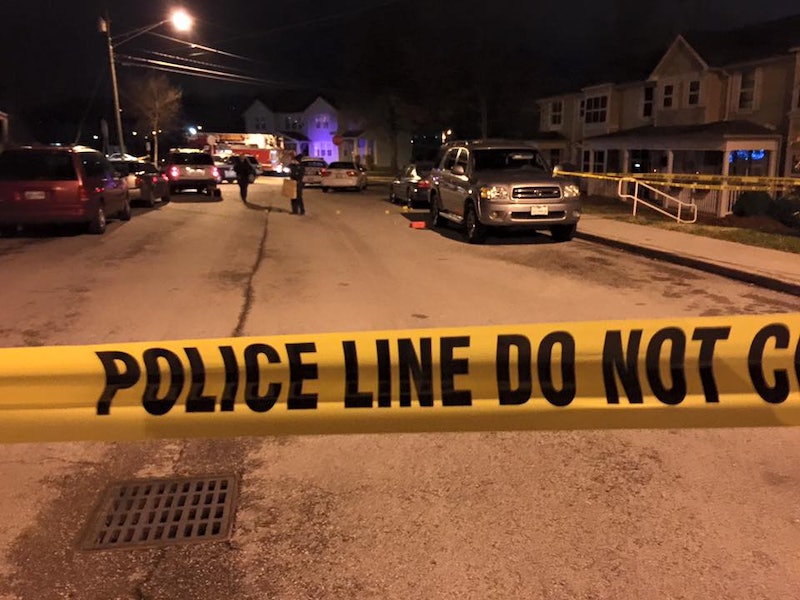 A high school football player from Knoxville, Tennessee, was killed Thursday in a violent shooting spree that left two people, including one gunman, dead and another person injured. Teen Zaevion Dobson was killed after shielding friends from gunshots, according to NBC News. Dobson was reportedly in a crowd of people when several gunmen randomly opened fire in the Knoxville neighborhood of Lonsdale, police said.

The Thursday night shooting spree reportedly began at around 7 p.m. when gunman Brandon Perry fired shots in the home of his mother, Lisa Perry, according to the Knoxville Police Department. Lisa Perry was struck multiple times in her lower back, but has non-life threatening injuries.

Perry and several other gunmen then drove to the Lonsdale neighborhood around 10 p.m. and opened fire on a crowd of people. Knoxville police say the shooting was random.

According to a statement released on the Knoxville Police Department Facebook page, 15-year-old Dobson "jumped on top of three girls to shield them from the shooters" after the gunmen opened fire. No other injuries were reported at the scene.

Perry crashed his BMW into an apartment complex at around 2 a.m. Friday morning, Knoxville police said. He had been shot prior to the crash, and was transported to a nearby hospital. He died hours later.

On Friday, police arrested 20-year-old Christopher D. Bassett in connection with the shooting spree. Bassett was charged with being a convicted felon in possession of a firearm and violation of probation.

According to news station WVLT in Knoxville, Dobson was known as "Zae" to his peers. His football coach, Rob Black, described Dobson as "already successful" in his brief life.

"He's a sophomore only and already successful already leading a life that's contagious that people follow," Black told WVLT. "So very liked by his peers and his teachers and his teammates. And that makes him successful."

Dobson's brother, Zack, added to WVLT that his brother loved football, and had plans to go to the University of Oregon. "He came home from school did his homework, watched film, watched documentaries of it, players," Dobson said. "That's what he loved — football."