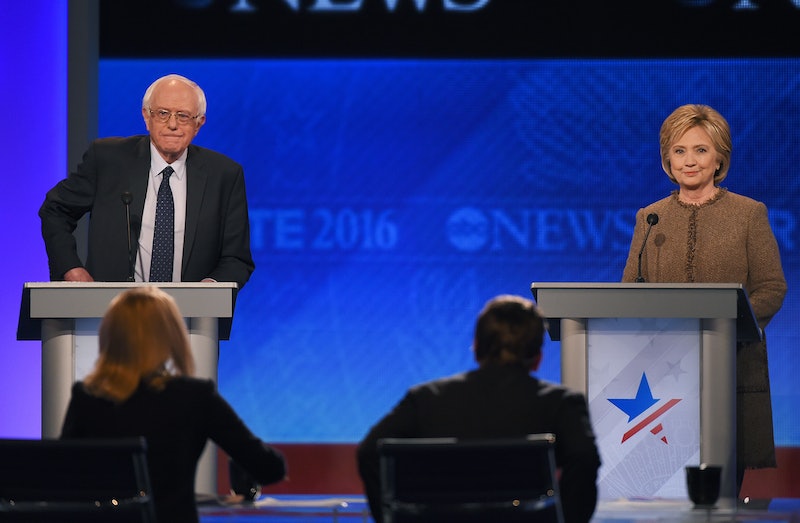 On Saturday night at the Democratic debate, presidential candidate Bernie Sanders apologized for the DNC data breach where his campaign accessed restricted Hillary Clinton campaign data. That wasn't all, however — while he also reassured that the staffer who committed the offense was fired, and voiced his appreciation that the Democratic National Committee restored his own access to the voter database, he also blasted the DNC for "arbitrarily" cutting off their access in the immediate aftermath of the breach going public.

The data breach story undeniably became the devastating elephant in the room leading up to the debate, as the Sanders campaign actually filed a lawsuit against the DNC over their stripped access, and reportedly raised more than a million dollars amid the controversy. It was more or less a sure thing that Sanders would be asked about it early in the affair, and indeed, it came right after the opening statements.

All in all, Sanders mounted both a vociferous defense of his own campaign, and was straightforward in condemning his own campaign's role in the scandal. Beyond just apologizing directly to Clinton, Sanders also pledged to dismiss anybody else in his campaign revealed to have participated in the data breach, saying "and if I find anybody else involved in this, they will be fired."

While it remains to be seen whether the data breach scandal has a meaningful impact on the shape of the Democratic primary — it takes a while for the polls to catch up to breaking news events like these, and it's still such a fresh story — it has to be a relief to Sanders, his campaign, and his supporters that he managed to break out and address the matter so definitively and effectively.

It's fair to wonder whether a more contrite response with less of a robust defense of himself would've endeared him more to those looking for apologies, but a ton of criticism has been leveled at the DNC's rapid response to the breach, as well, and he clearly wanted to make a nuanced argument that touched on all the angles. It also allowed him to get the whole thing out of the way early, and focus the rest of the night on winning the debate on his terms — when an issue that big looms over the debate unresolved, it can be a big distraction, like waiting for the shoe to drop.