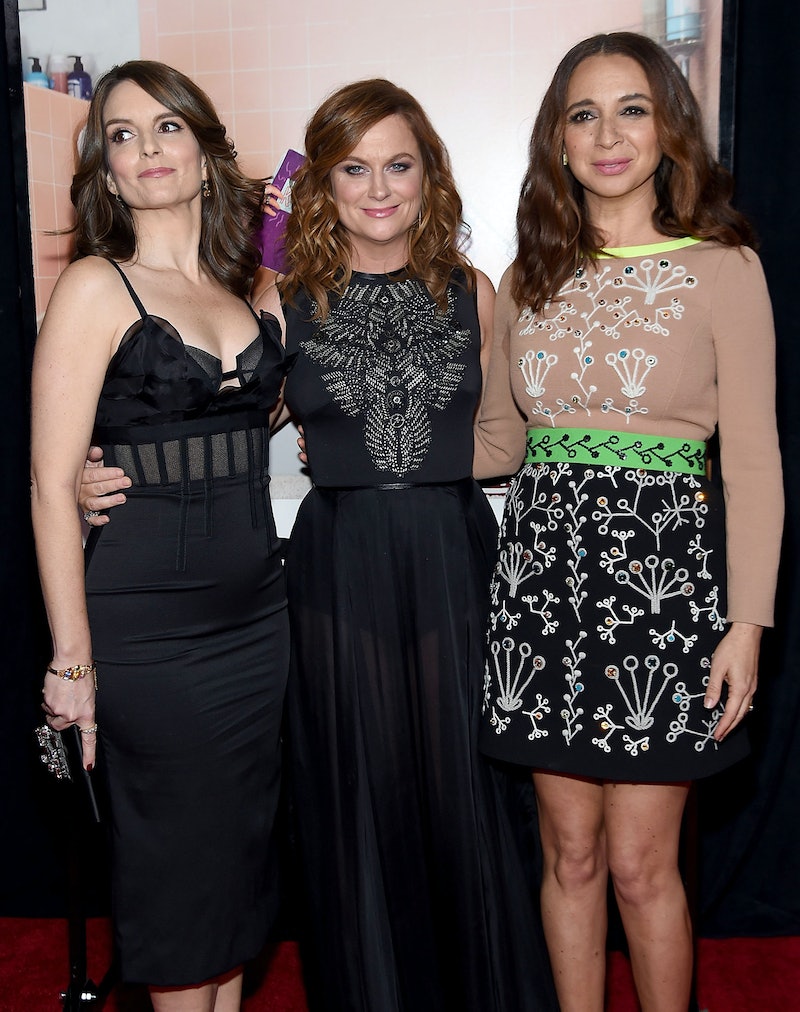 As if seeing two of our favorite alums in one night wasn't exciting enough, Maya Rudolph appeared on Saturday Night Live's Christmas episode alongside Tina Fey and Amy Poehler. It was a fabulous surprise to see yet another amazing leading SNL lady return to the stage for not one but two hilarious sketches. In her first skit with the Sisters stars, she played an intoxicated cabaret singer performing a unique rendition of "The Twelve Days Of Christmas" as she drunkenly threw presents in people's faces. Tina Fey and Amy Poehler followed with their second musical moments of the night — and the highlight of this skit would have to be when Fey began to sing "Baby, It's Cold Outside" (aka the creepiest Christmas song ever) with Keenan Thompson's Bill Cosby character — before turning down his drink offer and peacing out of there.

And, that wasn't the last we saw of Rudolph. She and Poehler reprised their beloved "Bronx Beat" roles in one of the funniest sketches of the night. It was yet another fabulous blast from the past, as they opined about all the bad news in the world and hilariously mispronounced the word Etsy. "I don't even drink coffee in the morning anymore. I go straight to wine," Poehler stated. Fey joined them to plug the Christmas ornaments she sells on Etsy, and they marveled over her beautiful Philadelphia accent. Out of all the evening's sketches, this was one of the most nostalgic.

There was a whole lot of build-up and anticipation for this Christmas episode, and it didn't disappoint. Plus, I love to see these three amazing comediennes team up and support each other. If you can't get enough of them, don't walk to your nearest theater to see Sisters — run! These three Saturday Night Live alums are comedic gifts to the world that never stop giving.

Watch the full video for "Bronx Beat" below: