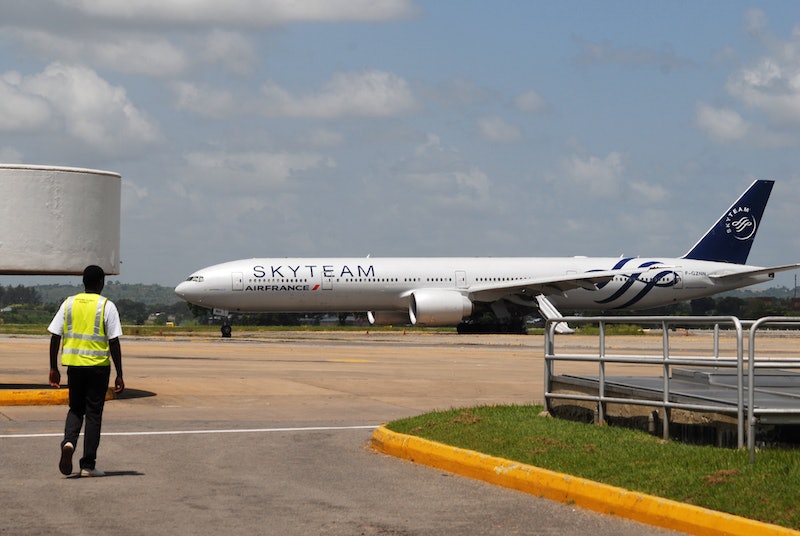 A suspicious device was discovered in the lavatory of an Air France flight bound for Paris from the island country of Mauritius on Sunday. Air France flight 463 made an emergency landing in Mombasa, Kenya, to examine the potential threat to the aircraft. Four suspects have subsequently been arrested. Who put the fake bomb on the plane? Little information — neither names nor nationalities of the suspects — has emerged regarding the four people who may have played a part in this crime.

According to Air France CEO Fred Gagey, the device was not only fake but composed of insubstantial materials like cardboard, paper, and what appeared to be a kitchen timer. Moi International Airport in Mombasa was temporarily closed to accommodate authorities as they attempted to determine just what was on the aircraft, however. The majority of the 459 passengers on the flight bound for France were taken by bus to nearby hotels. Fourteen crew members were also on the flight, though it's unclear whether they were transported to hotels as well. The crew has been praised for their response to the potential bomb threat, including the decision to ground the flight in Kenya. Air France has similarly vowed that it will work to tighten security measures in Mauritius as well. This incident is still currently under investigation, and it's unclear when passengers will be allowed to continue on their flight to Paris.

The bomb scare comes at a very volatile time for France. The country is currently entering its second month in a state of emergency after France's parliament declared a three-month long state of emergency in the wake of the Paris attacks. The controversial decision was implemented as a means to combat terrorism and thwart similar incidents. Sunday's flight diversion comes just two weeks after yet another Air France flight was forced to make an emergency landing for security reasons.

An anonymous threat prompted a flight bound from San Francisco to Paris to stop in Montreal on Tuesday, Dec. 8. The flight was diverted at around 8:45 p.m. PT after taking off at 3 p.m. Very few details were released about that threat, though authorities were able to search the aircraft and clear it in a few hours' time. All 231 passengers and 15 crew members were able to reboard and depart at 3 a.m. Passengers awaiting the rest of their Air France flight 463 to Paris on Sunday have yet to return to the aircraft.