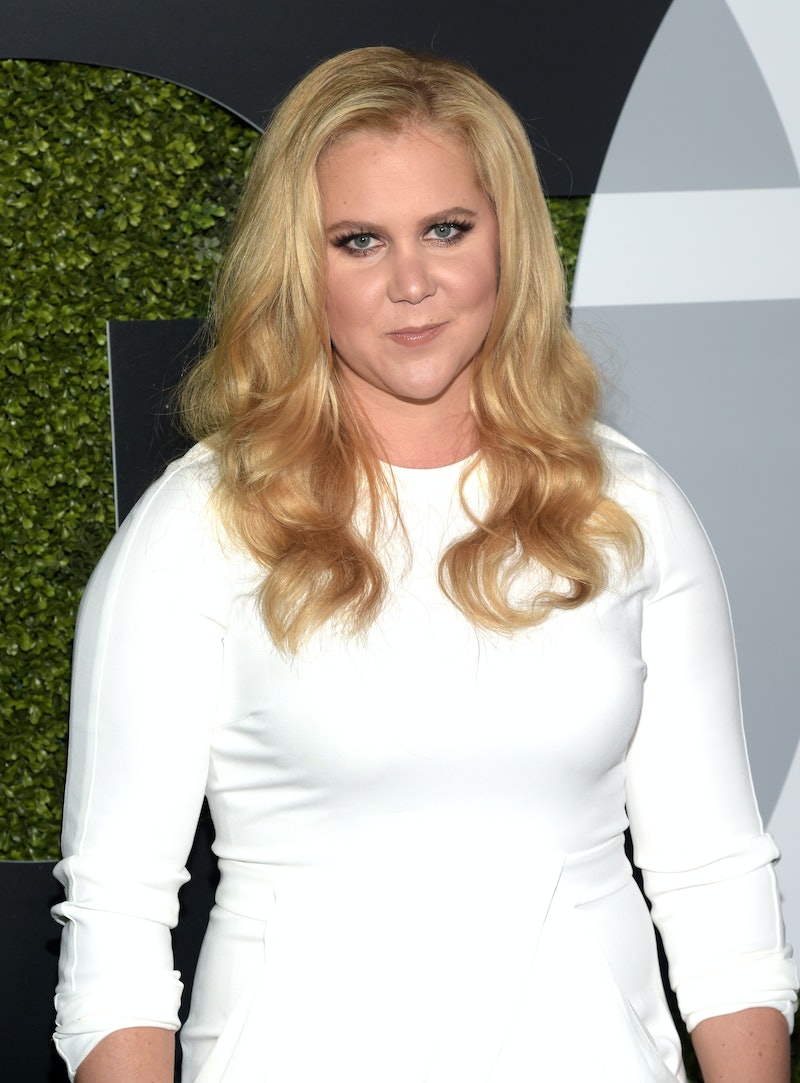 Maybe it's my natural curiosity or maybe it's the fact that I was raised by MTV's Making The Video, but I am always so interested in behind-the-scenes insight into filmmaking — and that interest is always piqued when it involves a few of my most favorite people. Case in point, on Sunday, Amy Schumer posted BTS photos with Tina Fey and Amy Poehler as they filmed their "Dope Squad" skit with Aidy Bryant for Saturday Night Live. We should all thank the improv heavens (and I suppose Lorne Michaels) for her decision to share these gems with fans — and of course, for the skit to happen in the first place.

For those of you who may not have had the good fortune to catch it live like I did because you had plans or whatever, "Dope Squad" was a clear cut nod to Taylor Swift's "Bad Blood" music video. More important than the subject matter, though, is that all of the participants looked to be having genuinely good time while filming it. The pictures that Schumer posted after the SNL episode with her friends Fey and Poehler (who hosted Saturday night's episode) and SNL cast member Bryant are unsurprisingly hilarious, and her captions truly make the whole thing come to life.

You can check out Schumer's documentation of the making of "Dope Squad" below, along with her on-point captions.

I mean, it is. It truly is. People I'd hang out with even on Monday, which I normally reserve for whining about the end of the weekend.

It's super nice they all dig one another, but the no beef thing certainly doesn't pack the same action movie punch. Or was that the whole point?

Not enough fire emojis in the world, ladies.

Hey, if I got to be a part of Poehler and Fey's SNL homecoming, I'd document it extensively, too.