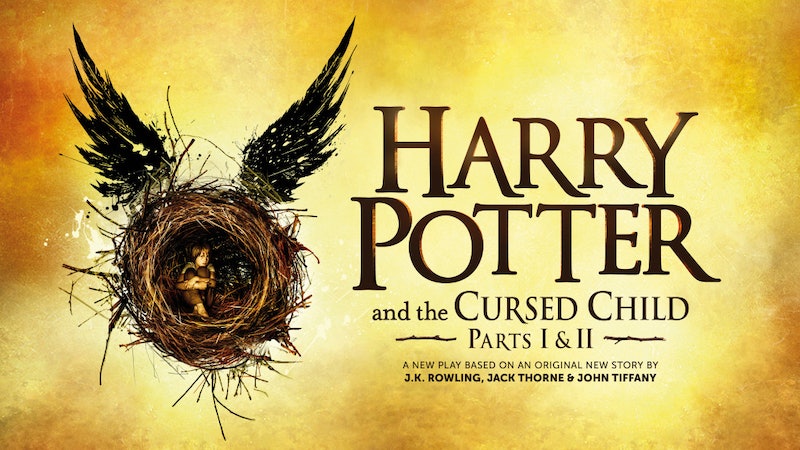 Step aside Daniel Radcliffe, Emma Watson, and Rupert Grint — there is a new trio of actors taking on the iconic roles of Harry Potter, Hermione Granger, and Ron Weasley. The Daily Mail reports that the Harry Potter and the Cursed Child cast is in place. Taking on the role of Harry in the upcoming British play will be the stage actor Jamie Parker (The History Boys), while Paul Thornley (Les Misérables) is taking on the role of Ron, and Noma Dumezweni (Dirty Pretty Things) will star as Hermione. The biggest thing to note about this casting announcement? Dumezweni is black, despite Hermione being white in the movies. It's an awesome change to the series, and just one more reason to celebrate the new play.

It should be noted J.K. Rowling never actually stated Hermione's ethnicity in the Harry Potter books, and there has been academic speculation that she could have been black, due to the description of her hair in the novels and other factors. Either way, the character is in good hands with Dumezweni, a Laurence Olivier Award-winning actress, in the role. Likewise, Parker and Thornley look nothing like Radcliffe or Grint, proving the play is meant to be seen as a follow-up to the classic book series and not simply a next chapter to the film franchise.

The play's producer Sonia Friedman told The Daily Mail that J.K. Rowling and playwright Jack Thorne and director John Tiffany Callender collaborated on casting. "We were all involved with all the key casting decisions," Friedman said.

According to its website, Harry Potter and the Cursed Child is set to depict the events following Harry Potter and the Deathly Hallows' epilogue, and will focus on Harry's relationship with his young son Albus Severus Potter. There is no word yet on who the lucky child actor is who will be playing Albus. The now grown-up Harry, Ron, and Hermione have children and jobs, and most likely a lot less time for saving the world.

The play, which has already broken ticket records in England, will be split into two parts that theatergoers can choose to see either on the same day or consecutive days. Bustle has reached out for comment from the play's producers about the casting news, but has yet to hear back. Check out the new cast photo below: