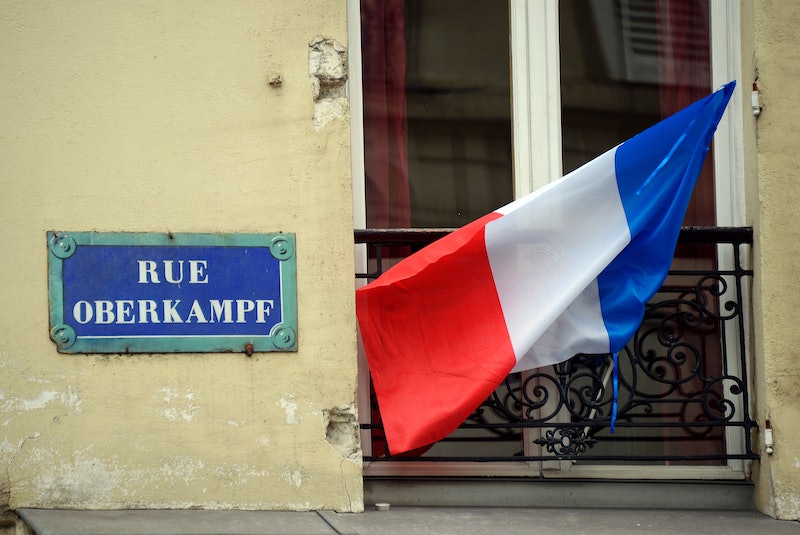 During the Miss Universe 2015 pageant, 15 lucky ladies representing their respective countries advanced to the final round to compete for the ultimate prize: That glittering crown. Among those selected was Miss France Flora Coquerel, who survived the Paris attacks in November. When host Steve Harvey announced she'd made it through, FOX ran a segment in which Coquerel reacted to the Paris attacks during Miss Universe in her native French. On the night of Nov. 13, Coquerel said she was actually in the Stade de France football stadium, one of the intended terrorism targets, for the France vs. Germany soccer match. "We heard the explosions outside without really knowing what was going on," she said Sunday in a translation.

129 people died in the coordinated attacks at Stade de France, the Batalcan Theatre, and other locations across the city. Miss France was proud to represent her country in the aftermath of this devastating attack and stood tall as a survivor in the competition's Final 15. Her main message? Coquerel is not going to let the terrorists win. "It was horrible and inhumane," Coquerel said in her segment through translation. "There was no other way to describe it, but it's time to spread a positive message that France stands together united. We need to show the terrorists that we are not afraid."

Even if she doesn't win on Sunday, Miss France has already made it so far, and her message of strength is sure to spread even further.

More like this
What Is Jeanie Buss' Net Worth? The Lakers President Is Uber Rich
By Hugh McIntyre
Ryan Reynolds Brought Some Famous Friends To Wrexham A.F.C's Last Game Of The Season
By El Hunt
Jake Daniels Just Became The UK’s First Active Football Player To Come Out As Gay Since 1990
By Sam Ramsden
Taylor Swift, Kerry Washington & More Speak Out On Uvalde Mass Shooting
By Jake Viswanath
Get Even More From Bustle — Sign Up For The Newsletter