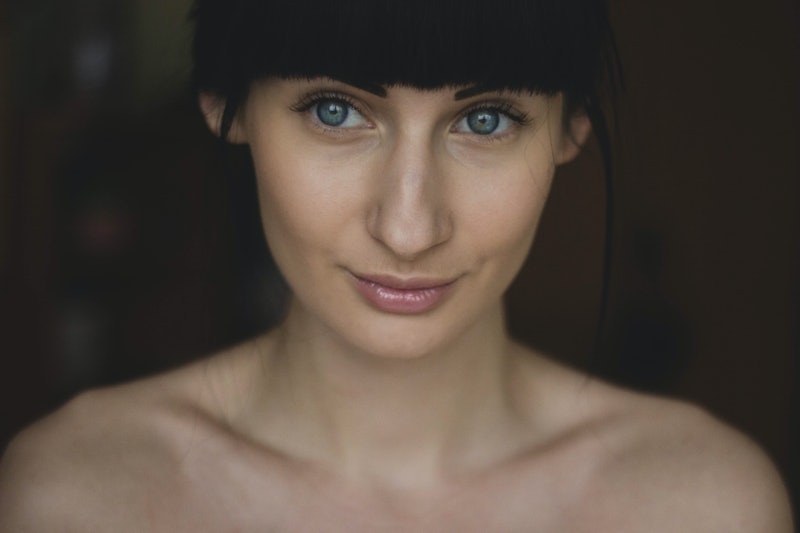 We all know that in many cultures, eye contact is regarded to be a positive thing, whether you're maintaining it with a higher-up, a friend, or a potential love interest. Evolutionarily, this makes sense, too: According to a new study, eye contact is necessary for socialization, creating both attraction and better social interaction. Kind of makes you wonder what other little tricks help us to forge a connection with other people, doesn't it?

The research, which was conducted by Researchers from the National Institute of Physiological Science (NIPS) and co-authored by researcher Takahiko Koike, used a team of of 96 participants who had never met before. Over the course of two days, the participants gazed into each others' eyes during three different experiments while researchers monitored their brain activity with fMRI machines. The idea was to determine which regions of the brain lit up in response to direct eye contact. The researchers found that that region is the right inferior frontal gyrus — it lit up at the same time in both participants when they held one another's gaze, which means mutual eye contact is likely one of the keys to developing social interactions.

Social interactions and connections are a good thing, so in the interest of creating new ones, here are three other tricks you can use to foster connection with other people. Bonus: You don't have to go out of your way to do anything wild. Everybody wins!

Not everyone wants to be touched by or touch everyone else, but many studies have found that humans can affectively convey affection via touch when it is consensual and comfortable. Hand holding, hugging, and scalp rubs are all soothing and popular forms

I know it sounds a little ridiculous at first, but hear me out. Psychologist James H. Fowler studied data from 5,000 people over five years and found that happiness can be contagious — it can benefit people through three degrees of connection. So if I'm happy, not only is my friend significantly more likely to be happy, but my friend's friend and my friend's friend's friend is, as well. What better way to connect with other people and create deep, lasting bonds than to infect them with your happiness?

People like hearing about what they've done correctly, whether it's a big project at work or their totally on fleek eyebrows. Paying people genuine compliments for their achievements you truly admire (without sucking up) can help create and establish a sense of respect, which will pave its way to meaningful connection.