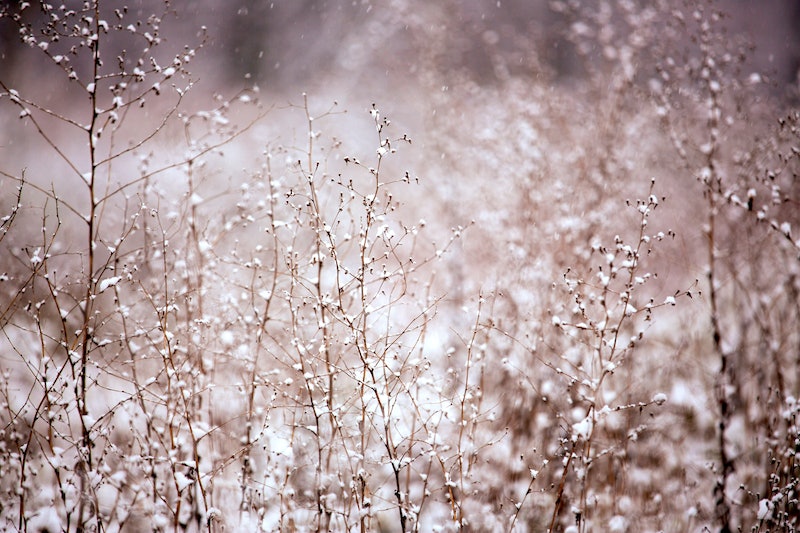 After enjoying an unseasonably warm fall where I live, I managed to convince myself the world was colluding with me to stave off winter as long as possible. Just in time for the winter solstice, though, a bitter coldfront has blanketed my seaside city and reminded me that Mother Nature nearly always gets her way. But what is the winter solstice, exactly? Aside from the frigid thorn in my side, that is.

The solstice — which occurs at 4:48 UTC on Tuesday, Dec. 22 — marks the official start of winter. And while it may be the shortest day of the year, it does kick off the sun's slow ascension back toward those gloriously long and sunny days of summer we'll all proceed pining for as soon as the solstice is upon us. Unfortunately, despite popular misconception, it isn't the coldest day of the year. That doesn't happen for another month or so, once the last bit of heat the ocean and landmasses absorbed during the warmer months slips away (along with my motivation to do anything other than hunker down on the couch in my hot pink Snuggie).

So, in preparation for the official launch of winter, let's take a look at some other must-know information about the December solstice.

1. It's Caused By Earth's Angle

If you're anything like me, the dawn of shorter days in December has been incredibly confusing to your senses. Bedtime already? Nope, it's just 5 p.m., that ole prankster. But depending on where you live, the winter solstice could truly be a blink-and-you'll-miss it kind of day. Take, for example, Iceland — on the winter solstice, the sun doesn't rise until 10 a.m. and then starts setting at 4:49 p.m. In Fairbanks, Alaska, the sun rises around 11 a.m and sets before 3 p.m., for a paltry four hours of daylight. If you'd prefer to have consistent daylight all year long, it might be time to consider a move to the equator, where sunrise is at 6:30 a.m. and sunset is at 6:30 p.m. year-round.

3. But It Doesn't Include the Earliest Sunset

The winter solstice may be the shortest day of the year, but it does not actually boast the earliest sunset. Strange, I know. Basically, this is due to a discrepancy between how we measure time using the Sun and modern methods of keeping time. The gist is this, though: The earliest sunset of the year usually occurs a week or so before the solstice due to the seasonal shift in solar noon, or the moment the sun is highest.

Unlike some astronomical events — think a falling star or an eclipse — the winter solstice isn't quite as readily recognizable. Having said that, you can sort of see it if you know what to look for. At winter solstice, the sun has reached its lowest possible arc in the sky, giving the illusion that it is both rising and setting from the same place. In fact, that's precisely how the term solstice came to be, based on the Latin description of this phenomenon, meaning "sun stands still." If you happen to miss the sunrise and thus your opportunity to mentally make note of the spot the sun emerged, you can always check out your shadow around noon — it's the longest of the year, thanks to the sun's extremely low angle.

The people of the ancient world sure loved their monuments, and the winter solstice proved no exception. In the Irish countryside, ancient people built a huge Stone Age tomb mound called Newgrange in homage to the astronomical event. It predates Stonehenge by 1,000 years! Around 800 B.C.E, the Paracas people in Peru mapped the desert with geoglyphs connecting ceremonial mounds to the spot the winter solstice sun set on the horizon. And in other parts of the world from Ancient Egypt to Machu Picchu, sprawling constructs were built in alignment with the winter solstice.

6. Some Scholars Link It To Christmas...

Although Christians have long celebrated Christmas on Dec. 25, most scholars maintain there is no way to actually know in all certainty the day Jesus was born. It is the belief of some scholars that Christmas was chosen to offset the celebrations surrounding the winter solstice, most of which were pagan. One such theory suggests that the ancient name for Christmas, Yule, is actually derived from one of these celebrations — jól, the Scandinavian winter solstice festival.

7. ...While Some Insist It Is Forboding

This side of three years ago, the winter solstice wasn't just dreaded; it was feared. In 2012, people somehow became convinced that this astronomical even would surely herald the end of the world. They based this prediction on a reading of the Mayans' Mesoamerica Long Count Calendar, which suggested creation would end at the start of a "14th b'ak'tun" — which, you guessed it, happened to fall on the winter solstice that year.

8. It Is Celebrated Around the World

Celebrating the solstice didn't end with ancient civilizations. For thousands of years, cultures across the globe have continued to welcome the winter solstice. The Yalda festival is still observed in Iran with modern adaptations like staying up late and savoring ripe watermelon and pomegranate. And the ancient Druid pastime of cutting mistletoe in celebration of winter solstice has not only survived, but is a widely practiced holiday ritual.

More like this
How Long Does Leftover Stuffing Last? Here's When To Toss It
By Chelsey Grasso and Alexis Morillo
35 Genius Secret Santa Gifts For Someone You Don’t Know Very Well
By Rebecca Deczynski and Lauren Grant
35 Holiday Trivia Facts That Will Impress Your Guests This Year
By Lauren Grant and Emma Carey
44 Impressive Secret Santa Gifts That Won't Break The Bank
By Sadie Trombetta and Lauren Grant
Get Even More From Bustle — Sign Up For The Newsletter