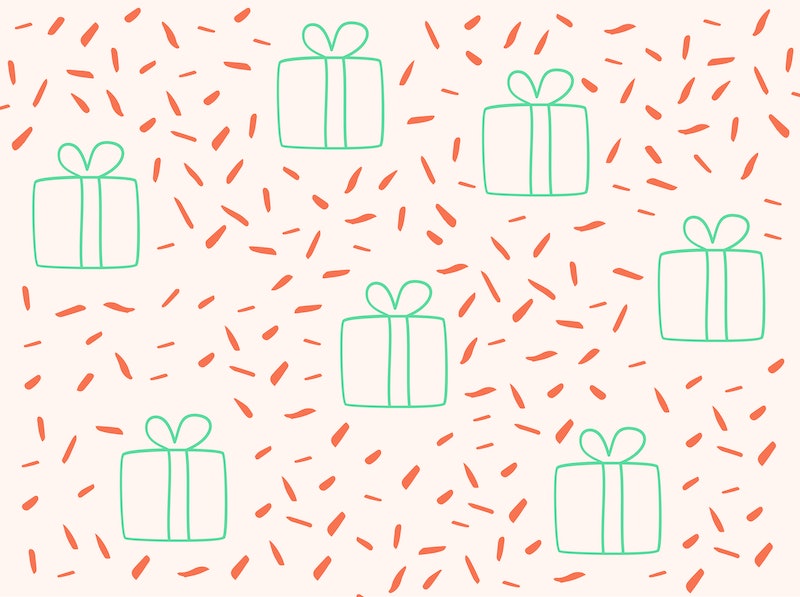 If you're a book nerd like me, you lament the fact that many people view books as cheap, lazy, and even boring gifts. After I found out Iceland's Christmas Eve tradition, I didn't just want to adopt a new holiday tradition. I wanted to move to a whole new continent.

To be fair, I already thought Iceland was the perfect country to move to. It's great for solo travelers, with a good economy, plenty to see and do, and lots of friendly people. But what I just found out — and what I couldn't be more excited about — is that Icelanders have a Christmas tradition that centers on giving books as gifts .

The jólabókaflóð — lit. "Christmas book flood" — begins with the circulation of Bokatidindi, a catalog showcasing the year's new books. The Iceland Publishers Association mails a copy of the catalog to every home for free. The book-shopping begins, and continues until Christmas Eve, when families gather to exchange their books. They spend the rest of the night reading, presumably with plenty of coffee and Yule pudding and ginger cookies to go around. The tradition is so entrenched that many new titles will not be published in Iceland until the Christmas season, simply because they will not sell well until that time.

Iceland is a sparsely populated island of some 330,000 people. In Reykjavík, where 200,000 Icelanders live, the city library saw 1.2 million book-checkouts in 2009: six books per person. In August 2011, UNESCO declared Reykjavík a City of Literature — making it the first city outside the English-speaking world to receive the designation.

But that's only the tip of Iceland's literary iceberg. In a country where you can plug your phone into a park bench and listen to an audiobook while you sit, one in 10 citizens will publish a book in her lifetime. That's a remarkable number, especially when you compare it to dismal numbers in the U.S., where 81 percent of its 300-million-plus citizens want to publish a book, but only 80,000 titles are printed each year.

Still, the attention given to Iceland and its jólabókaflóð makes me look hopefully to the future. If more people give books as holiday presents, the U.S. publishing market may be supported by more than just the few book nerds who buy new titles every year.

So give books, folks. They don't need batteries, they — usually — don't wear out, and they can be enjoyed again and again.

More like this
'Mayfair Witches' Already Changed 2 Major Characters From The Books
By Grace Wehniainen
8 Charities To Donate To During Black History Month
By Alexis Morillo
90 Epic Truth Or Drink Questions To Play 'Say It Or Shot It' With
By Bustle UK
8 Things You Can Do To Appreciate Lunar New Year
By Elizabeth Tsung
Get Even More From Bustle — Sign Up For The Newsletter
From hair trends to relationship advice, our daily newsletter has everything you need to sound like a person who’s on TikTok, even if you aren’t.