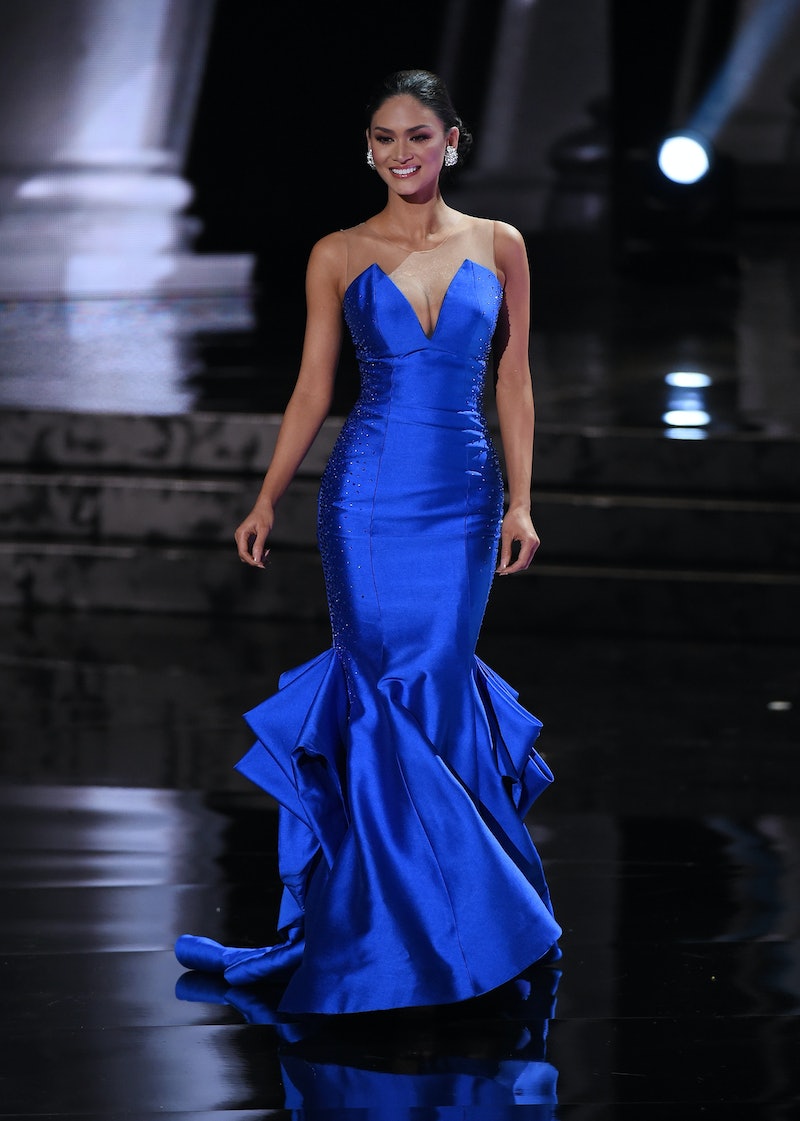 The incredibly uncomfortable moment when Steve Harvey flubbed the announcement of the 2015 Miss Universe winner quickly went viral, and now it's forever cemented in the depths of the Internet next to viral cat videos and a hamster eating a burrito. Now that the proper winner, Miss Phillipines, Pia Alonzo Wurtzbach, is crowned, you might be wondering about her reaction to the entire thing. Did she find it just as awkward as everyone else? Does she blame Harvey?

In case you slept through the entire thing, on Sunday night, Harvey first announced that the winner was Miss Colombia, Ariadna Gutiérrez. She was crowned, the crowd erupted in applause, and she had the shining moment she'd likely always dreamed of... until Harvey came back out, apologized to the very confused crowd, and was forced to admit he'd misread the cue card and Miss Colombia was first runner up with the real winner being was Miss Philippines.

It was cringe-worthy at best, but both ladies handled the unbelievably awkward situation with grace (after all, isn't that what most pageant winners are known for?). Gutiérrez stood frozen, while Wurtzbach looked astonished, as she made her way to center stage. We learned later that the situation off-camera was tense, with Entertainment Tonight reporter Nischelle Turner, saying, "everyone was stunned and no one knew what to do" and that the crowd was angry and booing. But what was Wurtzbach's reaction to inadvertently being the center of the firestorm?

Later, Wurtzbach told reporters at a post-pageant press conference about the roller coaster of emotions she felt in that moment: “I felt calm when I was called first runner-up because I felt it was fate. But when they announced that I was Miss Universe, I had mixed emotions. I was happy because I really wanted to win but felt sad for Miss Colombia.”

She added that she tried to reach out to Gutiérrez after the show: "I even tried to approach her after [but] I couldn’t get near as she was surrounded by the Latin American contestants."

All seems to be OK between the two beauties, with Gutiérrez's immediate reaction as one of gratitude:

I'd say all's well that ends well in this epic live TV snafu.