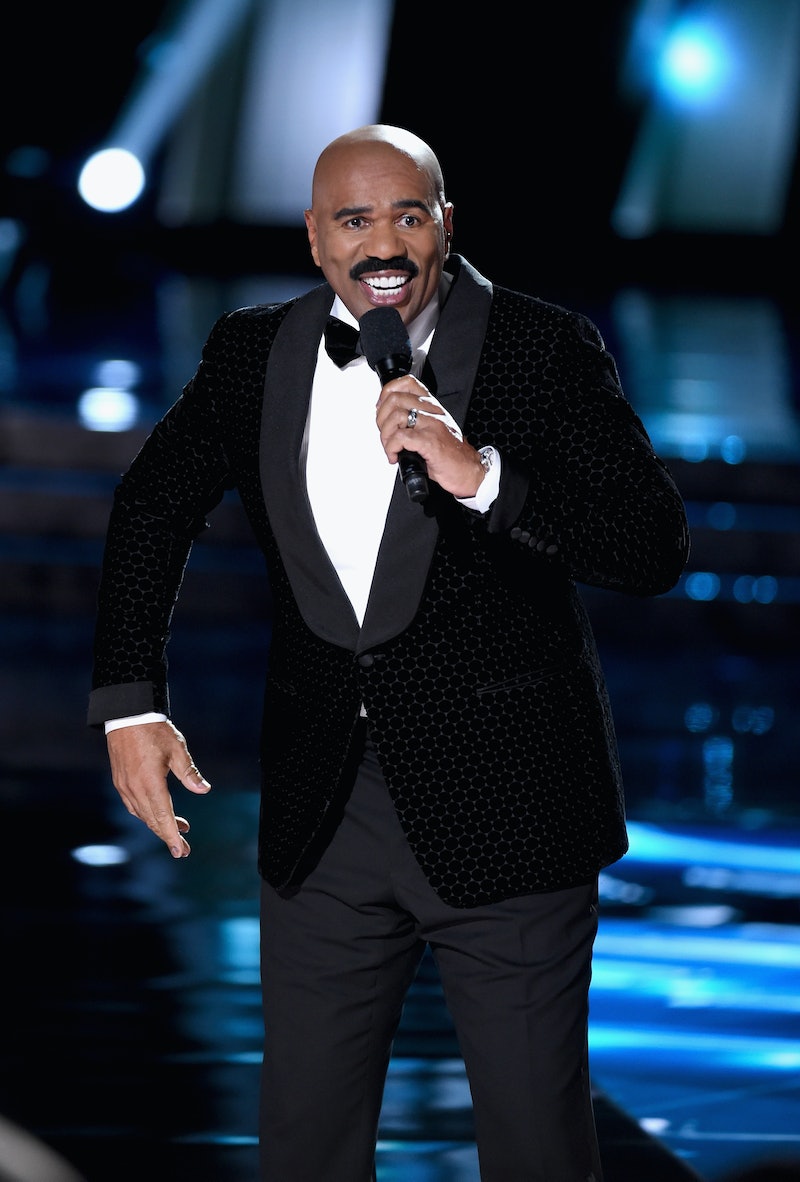 Hosting a pageant competition is not exactly rocket science. You show up, you read the teleprompter, and you crack some jokes. Then, you read a person’s name on a card and you’re done for the evening. It doesn’t always go according to plan—Steve Harvey, host of the 2015 Miss Universe pageant, created pageant chaos when he read the wrong person’s name as the winner of the competition, telling the crowd that Miss Colombia was the winner when it was really Miss Philippines. To say that everyone watching the show (both on stage and at home) was shocked would be the live television understatement of the century.

It all started innocently enough — Harvey read out the second runner-up (Miss USA), then read out the name of the first runner-up (Miss Colombia), but said that she was the winner instead. It was an amazingly awkward moment when he had to stop the festivities and Colombian celebrations to say that actually, she hadn’t won and Miss Philippines was the new Miss Universe. Everyone just sort of stood there on the stage completely flabbergasted, and the tension was palpable even through the television. Twitter quickly exploded with reactions from folks around the globe:

Harvey admitted his mistake with grace, and I bet he feels awful for playing with the emotions of the contestants. He completely owned up to it, showing the live audience the card, on it the words “Miss Universe Miss Philippines.” We’re all human, and everyone makes mistakes, but damn, what a mistake. It definitely put a damper on the celebrations of Miss Philippines, who didn’t quite know what to do with herself.

I wouldn’t either! And, I think it’s safe to say that Steve Harvey won’t be invited back to host the Miss Universe pageant any time soon. Yikes.