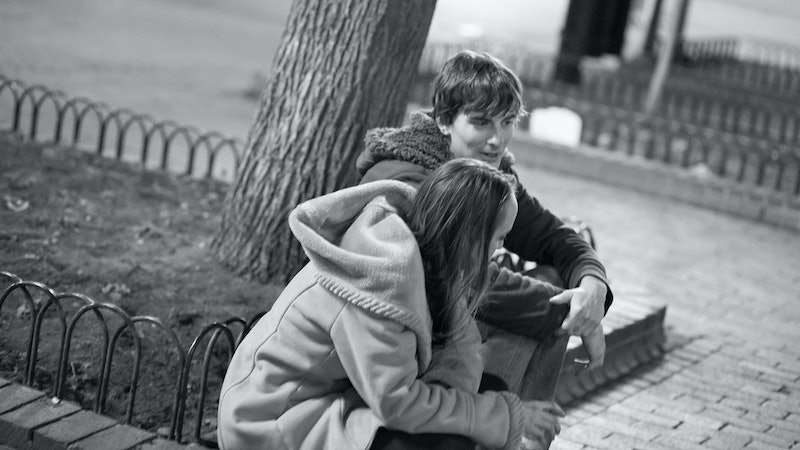 It’s often hard to stop and see the signs you’re addicted to bad relationships, especially when you aren’t ready to admit it to yourself. Relationship addiction follows the same rules as other kinds of addiction. According to Merriam-Webster, addiction is defined as a strong and harmful need to regularly have something or do something.

I know in the past I’ve been addicted to bad relationships. For me, it wasn’t only bad relationships, though. Sometimes I’d get addicted to bad “situations” as I called them, where the bad-for-me guy didn’t even want to date me, let alone be in a happy and healthy relationship with me. I’d let myself get mistreated time and time again, and once the cycle began, it felt really difficult for me to break free.

If you’ve been there, you understand the struggle. This might seem relatable to you if in most of your relationships you’ve somehow lost sight of who are and what things you stand for. Also, if you feel your confidence becomes more and more shot after each relationship, it’s likely you’re dating the wrong people. Now realize if you’ve dated one awful person, this doesn’t necessarily mean you’re addicted to bad relationships. However, if you’re noticing a pattern where your SOs seem to all do these sorts of things, the problem might be the kinds of people you go after.

Why do we allow ourselves to get caught up in one bad relationship after another? It might come down to a need to validate false perceptions of ourselves, according to the Huffington Post. So, if we believe ourselves to be “dumb” or “unlovable,” we will date people who confirm these notions, even though they aren’t actually accurate. That said, let’s discuss the signs so you, too, can get out of the funk I was in for so long.

Here are eight signs you’re addicted to bad relationships, and how to break the vicious cycle:

1. You’ve Never Been Able To Find Emotional Support From A Partner

According to Psychology Today, one of the primary warning signs of a toxic relationship is that you feel you can’t turn to your partner for emotional support. Part of being in a healthy relationship is being able to rely on your partner to listen, willingly pay attention, and understand you at your happiest of times, as well as your lowest. Ask yourself this: Have none of your SOs been the kind to actually listen to you or be there when you need it most? Have you never been completely certain of how supportive any of them would have been if someone close to you got cancer — for instance — or was involved in a serious car accident? If this seems familiar to you, it’s likely you’re addicted to these kinds of poor relationships.

2. You Subconsciously Seek Partners Who Bring Down Your Self-esteem

When I think of this point, immediately my mind goes, “Who would want to be brought down by another person?” However, I’ve been in this exact situation. For years, I sought men who ultimately made me question my sense of self-worth. When I’d realize they treated me like crap, I’d then find myself chasing them around even more, unable to justify why they didn’t think I was good enough to treat the right way. I spent a lot of time trying to make myself “perfect” so none of these men would want anyone besides me. It sounds crazy, right? However, a lot of people do similar things.

Psychology Today says another sign of a toxic relationship is one where your partner continuously makes you feel like you’re stupid. They might say things like, “You probably wouldn’t understand it.” Regardless of how your partners have directly brought you down, it’s 110-percent worth breaking the cycle!

3. Your Partners Often Go MIA For Long Periods Of Time

Let’s be completely honest with ourselves here, it’s shady as hell when our significant others disappear for no reason, and you can't seem to track him or her down. There are, of course, excusable reasons to be gone — like frequent business trips and traveling to visit a sick relative — however it’s certainly troubling when it becomes more of a disappearing act. If you’ve noticed that with many of your relationships, your partners disappear for lengthy periods of time and you have no clue where or why they’ve left, it is cause for concern. What’s worse, according to Psychology Today, this could mean you’re left feeling like you’re “out of sight, out of mind.”

4. You Regularly Date People Who Test Your Morals

This could encompass a whole slew of things, but for now let’s consider the partners who get you involved in blatantly unethical things or illegal things. There is a reason some guys are referred to as “bad boys” — because they’re bad. Same goes for “bad girls” too, of course. If you don’t want to be wrapped up in this bad behavior, you need to break the habit of dating these kinds of people. Not only is the relationship likely a toxic one, but also it could ultimately lead you to big trouble with the law, damage to your health, and a whole lot more.

5. You’ve Caught More Than One Partner Lying About Something Serious

Another warning sign is if you recognize that in most relationships you’ve had you’ve lacked a sense of trustworthiness. For this point, let’s look over smaller, less significant lies and focus on the big ones. I’d classify “big lies” as those that have been told to you to cover up cheating, taking money from you or others, seriously harming another person, etc. These types of relationships are so terrible for you, not only because you’ve set yourself up to be lied to over and over again by partners in the future, but also because it might force you to lie a lot too. For instance, you might ultimately have to lie to other people to cover up for your SO because you’re ashamed of your partner’s behavior.

6. You Tend To Pick Partners That Make You Feel More Sad Than Happy

Everything previously discussed here could warrant you feeling more sad than happy with your partners. Perhaps you’ve felt sad in most relationships, and have convinced yourself that this must just be how people feel when they’re dating someone. However, this is wrong. Many, many, many people out there are in healthy relationships that make them feel truly happy. When you’re scrolling through Instagram and see those photos of couples that look really, genuinely happy — it’s likely they actually are that happy, especially if they’ve chosen the right person. These people have sought out the love they knew they deserved, and you can too.

You’re always the one going out of your way to appease your partners, without expecting anything from them in return. After a while though, it might be another hit on your confidence, as you’re left wondering what’s wrong with you that prevents other people from meeting you half way.

Relationships are about compromise. Perhaps everything else in the relationships you’ve had so far has been great, aside from the compromise factor, so you don’t think you should fret. However, lack of compromise on your partner’s end is huge, and can ultimately lead to disaster down the road.

Abuse is nothing to take lightly, as we all know, so this should never be something we accept time and time again in relationships. If you’ve been in an abusive relationship — whether emotionally or physically — and made it out, it’s unbelievably brave and something that should make you feel strong. However, if you find yourself getting into another similar relationship, you must remind yourself what you’re worth and get out immediately.

Now that we’ve come to terms with the signs of being addicted to bad relationships, it’s vital for our sanity that we figure out how to break the cycle. As with any other types of addiction, the first step is to admit there's a problem. Next, if there's a current partner who is mistreating you, it's time to officially cut ties. It's always easier said than done to end a relationship, but realize how happy you'll be in the end when you've landed in a relationship that actually makes you feel really good about yourself. Once the final culprit is out of the picture, spend some time considering your worth and better understanding yourself. According to Psychology Today, "the better we understand ourselves, the better we'll be able to choose partners who support us just as we support them." At this point, you'll finally be able to go after people who are right for you.

Equipped with this knowledge, moving forward each of us former addicts will be able to effectively seek partners who treat us right. We can say goodbye to our days of living in relationship torture.