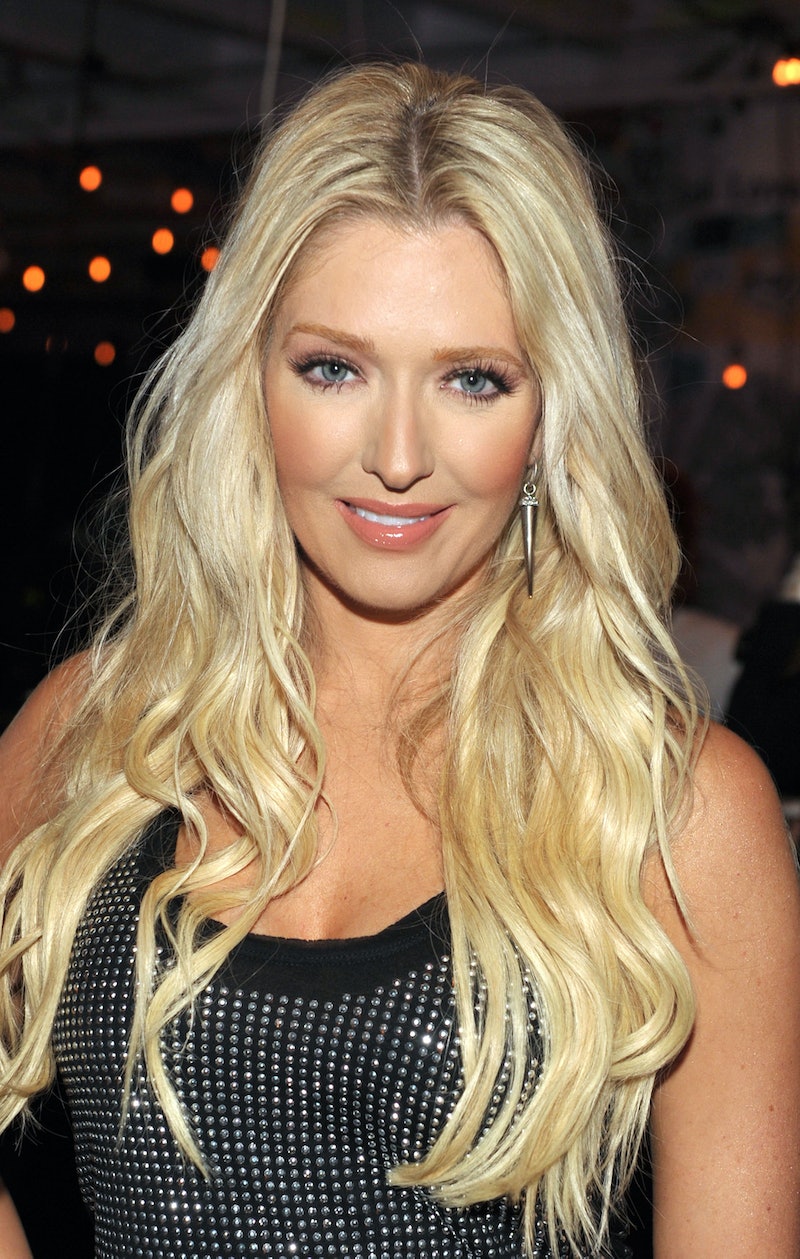 This season of Real Housewives of Beverly Hills has just started, but I am already loving Erika Jayne, the newest cast member. She's living this double life where she goes by Erika Girardi, wife to famous lawyer Tom Girardi, by day and Erika Jayne, fierce dance musician, at night. She really has it all going on, and she's not at all shy about talking about her money. I mean her Real Housewives tagline is "I'm a riddle wrapped in an enigma and cash." So how much cash is she talking about? What is Erika Jayne's net worth?

It has to be a lot, right? I imagine that someone who is so forthright when she talks about money has to have a lot of it. Plus, Erika Jayne is clearly a smart chick, and I am sure this translates to her

to his fortune as well. Needless to say, there are plenty of financial reasons why it's great to be Erika Jayne. So how is Jayne racking in all this cash?

Jayne is a chart-topping artist on the dance charts. No seriously, she's landed at number one eight times on the Billboard Dance Charts, meaning that she is in the realm of Rihanna and Pussy Cat Dolls territory. With songs this popular, of course Jayne performs her dance songs at clubs around the world and that's where the money is at. There isn't a specific breakdown of Jayne's tour

, but if there was I feel like it would be irrelevant anyway, given that her popularity is about to soar thanks to Real Housewives.

With popularity on the charts, it makes sense for Erika Jayne to sell a lot of records. So how many is a lot? It can be broken down record by record. Her top selling record "Get It Tonight" has earned her $1,853,000. And what about the albums? Jayne has made $5,892,641 when it comes to her albums. So don't call this chick a gold digger. She may be married to a wealthy lawyer, but she's bringing home the bacon on her own.

She's a reality TV star, and a likable one at that, so I imagine people will be paying more attention to her music. This of course translates to more money. She's pretty much just stuck to music so far, but just like her fellow Real Housewives before her, this is bound to translate to endorsement deals aplenty. Plus she does earn a

for being on the show. I'm not sure how much that is, but rumors say that cast members can make as much as five thousand an episode.

be her fabulous self all while promoting records seems ideal to me.

Erika Jayne is already a "riddle wrapped in an enigma and cash," but I have a feeling that more cash is definitely on the way. This woman is already reality TV gold!