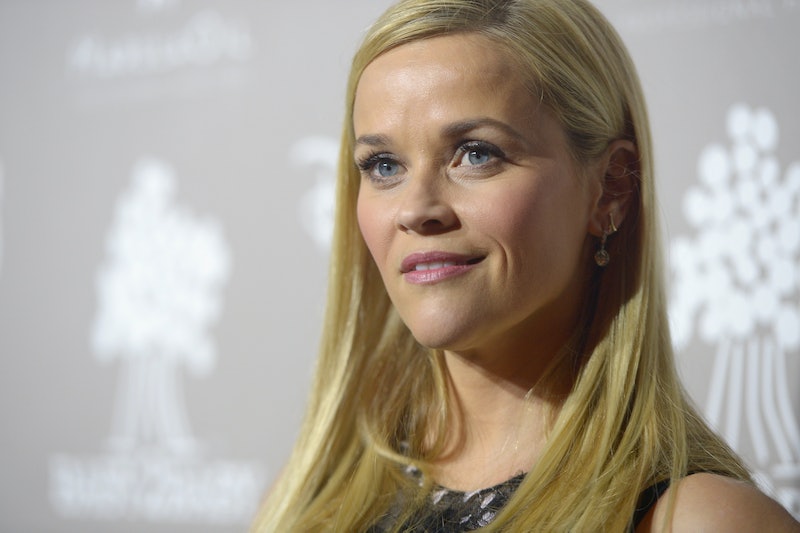 It looks like all of the sudden, TV can't get enough of divorce. The proof: There seem to be a bunch of new dramas on the horizon tackling the unpleasant but all too common subject. According to The Hollywood Reporter, Reese Witherspoon just sold a divorce drama to ABC though her production company Pacific Standard. The show, which will be called Please Don't Go, will follow a "ruthless divorce attorney" in Dallas who has overcome her impoverished upbringing — and this is just the latest in a string of new series that feature divorce as their main plot point. In the past few years, TV has seen the premiere of shows like The Affair, Casual, and Girlfriend's Guide To Divorce, and it seems like next season will be peppered with divorce dramas too.

Also on the way: Shonda Rimes has a show called Splitsville coming to ABC, and Sarah Jessica Parker will be starring in a new HBO series simply called Divorce . Even known romantic Nicholas Sparks is jumping on the divorce bandwagon, and developing a show about a writer dealing with the breaking up of his marriage. It's a trendy topic, which isn't all that hard to believe, given that 40 to 50 percent of Americans get divorced.

It's not like shows have never addressed divorce before, it's just that they were not usually the A plot. Ross was divorced (several times) on Friends in the '90s, and so was Kelsey Grammer's character on Frasier. In the past, it's been a thing that a character has had to deal with, and then move on from. Now, though, it's refreshing to see that we're finally at the point as a society where we can say, "hey, this is a traumatic life event that a lot of people go through, maybe let's talk about that?"

There's a wonderful scene in the movie Crazy, Stupid Love, where Steve Carell's character tells his co-worker that he's getting a divorce, to which the man goes "Thank God! We all thought you had cancer. It's just a divorce!" What made that scene so real was that people do react that way: They think that divorce is trivial and that it's sad, but also not that big of a deal anymore. To the people involved, though, it's still the dissolution of this major part of their life, and totally worth exploring in a television drama.

Shows like Modern Family and Parenthood proved that it is possible to make the ordinary interesting — and it's great to see that the trend towards real characters and real situations will continue.

More like this
Kaley Cuoco & Tom Pelphrey Just Made Their First Public Appearance As A Couple
By Hugh McIntyre
Natalia Dyer Just Revealed The Weirdest Thing About Her Charlie Heaton Romance
By Nola Ojomu
Britney Spears Met The Weeknd & Sam Levinson, So She May Actually Be On 'The Idol'
By Jake Viswanath
Here’s Everything Coming To & Leaving Netflix In June
By Alyssa Lapid
Get Even More From Bustle — Sign Up For The Newsletter