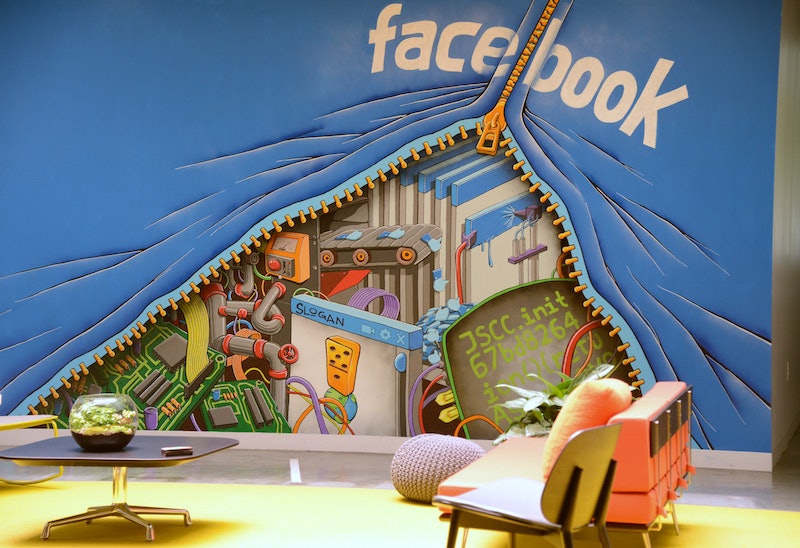 If you're ever caught using Facebook in the office, the boss probably isn't too happy. But just like instant messaging was once frowned upon in the office and now is a key way co-workers interact, the social media platform may be on the cusp of acceptance at work too. The Menlo Park, California-based company has announced a set of social and collaboration tools namedFacebook at Work that will launch in 2016.

Competing with offerings from Microsoft and Salesforce.com, the software will integrate enterprise software — software for large organizations like corporations — so that users don't have to click between Facebook and other programs in separate windows, The Wall Street Journal reported. About 60,000 companies applied to be a part of the beta testing. Club Med, Heineken, and Royal Bank of Scotland were among the 300 that were selected.

In RBS' case, some 5,000 of the bank's employees are involved in the test with plans to scale the number of users up to 50,000. Kevin Hanley, director of design at RBS, told the Journal. "There's a real potential to transform the way we work together and ultimately improve the service we provide to our customers," Hanley said.

The way it works overall is much like Facebook for friends. You connect to colleagues but without silly photos and updates on what you're listening to on Spotify. The two worlds will be completely separate, so you won't need to worry about what you post on Saturday night showing up on Facebook at Work.

Much of the communication that would happen over Facebook at Work currently happens over email. Facebook at Work allows for more collaboration, according to Hanley. "It enables us to communicate and to discuss and to share and solve problems in ways that traditional tools such as email simply can't," he said.

Julien Codorniou, director of global platform partnerships for Facebook at Work, told the Journal that's because email is more hierarchical. "Email is an inherently top-down method of communication meant for broadcasting information as opposed to exchanging it," he said.

Some of the other capabilities that are built will remind you a lot of normal Facebook. For example it allows employees to create events and invite co-workers. They can be copied to create reoccurring events too, like a meeting. Another familiar tool is the groups. You can invite co-workers that are working on the same project to a group, and you can write posts and create polls on the group's page, much like normal Facebook. In both messages and groups, files up to 25 MB can also be shared.

Codorniou said he thinks eventually it could be as fun for employees as Facebook is for you and me. "I think that we have an edge with Facebook at Work because we'll give people tools that are as good as the ones they use in their personal lives," he said.

You can only use Facebook at Work if your company supports it. If they do, you should receive an email or you can visit the custom website that has been set-up, something along the lines of yourcompany.facebook.com. There you enter your personal information. Then you should download the Facebook at Work app for Android or iOS.