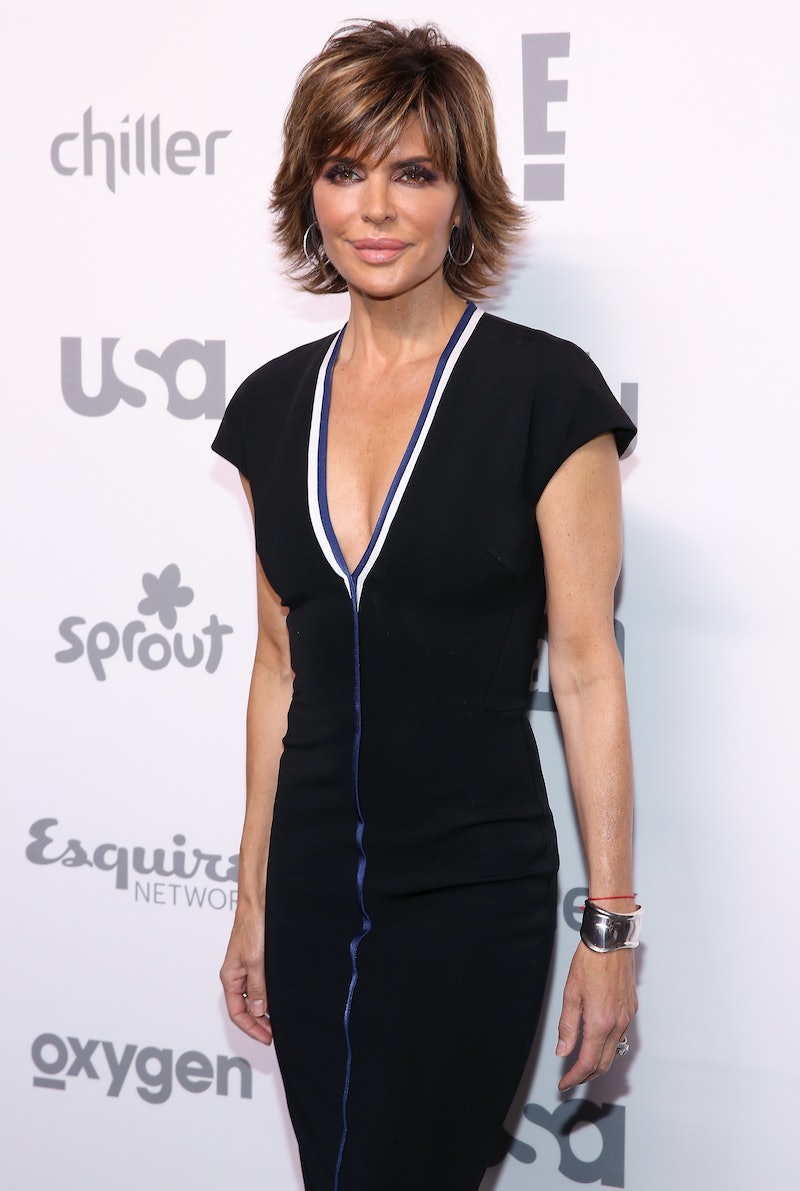 Not again. Not much time has elapsed since the Real Housewives of Orange County was rocked with accusations of a fake illness, and it looks like whatever was in the water in the O.C. has trickled north to Los Angeles area. On Real Housewives of Beverly Hills Lisa Rinna questioned whether Yolanda was sick with Lyme disease or if she could possibly have Munchausen syndrome, a disease she brought up with the women. It is important to note that Lisa didn't explicitly accuse Yolanda of lying about her health issues, but she explained that she was really confused about the message that Yolanda was sending via social media photos.

Lisa Rinna seems to always be concerned with other Housewives' health. Last season, she made a point of commenting on Kim Richards' health and struggle with sobriety. But, it seems that Lisa's concern is all grounded in true intentions. If she is fooling me, then she really needs to be doing more acting gigs, because she really has me thinking she's coming in strong with the best intentions. Sometimes, people just love to get involved. It's no secret that Lisa Rinna loves to get involved. But, at least she isn't getting involved in a malicious way where she wants to bring people down in the process. Lisa is a true friend of Yolanda's, she's visited her in her condo, so I'd like to think that this concern all comes from a good place.

With that said, Lisa had a lot to say about Yolanda's health on Tuesday's episode. While spending time with Kyle Richards, Lisa Vanderpump, and Eileen Davidson, Lisa shared the definition of Munchausen syndrome. According to the definition Lisa reads from her phone, Munchausen syndrome is "those affected feign disease, illness, or psychological trauma to draw attention, sympathy, or reassurance to themselves." Lisa follows up the definition with the rhetorical question, "Is this real?"

Yolanda's tagline — "fake friends believe in rumors, real friends believe in you" — this season makes me wonder the fate of the Lisa and Yolanda friendship. Lisa voices her own concern with talking about Yolanda's health behind her back, and all of the other women tend to agree that there's really no up-side to Lisa talking about it with them. If word gets back that Lisa was questioning Yolanda, that could put a huge dent in their relationship, and rightly so.

More like this
The 'Bachelor In Paradise' Schedule Shifts To 4 Hours Every Week After The Season 8 Premiere
By Brad Witter
You Can “Fall In Love” At The Resort Where Bachelor In Paradise Season 8 Was Filmed
By Brad Witter
Molly-Mae Hague & Tommy Fury Celebrate Pregnancy Reveal In The Sweetest Way
By Sophie McEvoy and Sam Ramsden
Clayton & Susie Broke Up, Citing "A Significant Amount Of Pain" After 'The Bachelor'
By Jordyn Tilchen
Get Even More From Bustle — Sign Up For The Newsletter